A New Take on Artificial Intelligence

An intelligent computer that can operate autonomously is the heart of any interstellar robotic probe. In an important sense, it would be the probe, running its systems, adjusting its course, repairing damage, conducting experiments and choosing the future direction of its own research. We’re a long way from such autonomy, but a new company called Numenta may be laying some of the groundwork. The firm plans to use the theories of Jeff Hawkins, inventor of the PalmPilot and co-founder of Palm Computing and Handspring, to create hardware that can think and learn like a human brain. 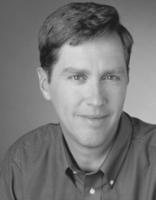 Hawkins’ theories appeared in his recent book On Intelligence, and surfaced again at the PC Forum conference in Scottsdale AZ, where he explained his plans in some detail, as discussed in a recent story by Erick Schonfeld in Business 2.0. Hawkins believes the brain’s basic function is to store patterns, creating a model of the world that is constantly being used as a reference that can predict what will happen in the future. From the article:

The key point for Hawkins is that the brain does not just store static patterns. Rather, it stores sequences of patterns over time. Just as important is that there’s a constant feedback loop passing information in both directions between the higher regions of the brain, where past sequences are stored, and the sensory regions, where new sequences of patterns are coming in. So the brain is always comparing the old sequences to the new sequences to predict what will happen next. In a sense, it is always calculating probabilities based on this constant flow of sensory data and stored memories.

Hawkins calls this memory system Hierarchical Temporal Memory. Translated into software, such a system is not programmed in the traditional sense but trained — the HTM system discovers the underlying patterns in its sensory input over time.

Numenta is an attempt to turn theory into software, using a formalism called Belief Propagation. “Belief propagation,” says the company’s Web site, “explains how a tree of conditional probability functions can reach a set of mutually consistent beliefs about the world. By adding time and sequence memory to each node of the tree, belief propagation can be morphed to match Hawkins’ biological theory.”

Centauri Dreams‘ take: Hawkins’ Redwood Neuroscience Institute has developed a software program that allows computers to recognize line drawings even when they are reversed or otherwise altered. What is exciting here is that the software relies not on brute computing power but a theory of how the human neocortex works that, if workable, could lead to artificial intelligence breakthroughs in relatively short order. Applications in machine vision, language translation and robotics may flow from all this, though Hawkins cautions that commercial products are still several years away.

Next post: Using the Transit Method for SETI Detections