How much would an extraterrestrial civilization resemble our own? The question resonates because on the one hand, the signature of our activities is what we tend to translate into the SETI search. We look, for example, for the signs of civilizations that are like us but more advanced technologically, which means we apply human thinking and motivations to cultures that are by definition not human. This is natural enough, because we’re the only technological civilization we know about, but it leads to results that may mislead us and obscure the actual situation.

Fermi’s Great Silence bothers us because we assume that what Milan Ćirković calls advanced technological civilizations (ATCs) will necessarily move out into the galaxy to colonize it. Yet we see no signs of this, no presence of an expansive power, no characteristic emissions telling us of any intelligence operating around nearby stars. This observation becomes a paradox only if we think in specifically human terms, relating what advanced cultures might do to our own history. If ATCs behave differently, then there may be no paradox — the galaxy may be rife with civilizations that simply operate according to a different set of principles. 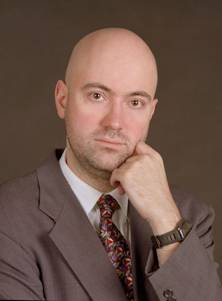 Ćirković (Astronomical Observatory, Belgrade) continues to be one of our most innovative SETI thinkers, pushing well outside the conventional paradigm to ask what truly alien intelligence might do. And in an upcoming paper to be published in the Journal of the British Interplanetary Society, the astronomer also questions our own understanding of human history, asking whether expansive colonization is necessarily emblematic of our species. If it is not, we should not be so quick to rule out alternative scenarios for alien action. We might re-think an expansive colonial model in favor of one Ćirković calls the ‘city-state.’

Imagine for a moment that as humanity and technology continue to intertwine, we move into a period when human capacities become extended so far beyond those of present day people that what is widely called a ‘posthuman’ civilization emerges. Would such a culture still be bound by biological motivations that characterize us today? Ćirković sees a contradiction in the thinking of many technological optimists, who support evolutionary explanations for mankind’s origin but seem unprepared to abandon the biological paradigm when considering what future civilizations might do when they move beyond it.

The situation seems to be as follows: if we agree that specific biological motivations have been a determining factor in the biological (human) phase of the history of our species, it would be only reasonable to argue that, with the transition to the postbiological (posthuman) phase, the old biological impetuses and motivations will become largely irrelevant. Paradoxically, it is rare to encounter such attitude in tech-optimists/transhumanist circles; in general, the predominant view is that the posthumanity will enable faster, better, larger, etc. steps toward achieving the same old, biological, Darwinian aims and goals. In other words, just new means toward old ends. I hereby argue that such view is old-fashioned, illogical and ultimately untenable. Rejecting it could throw some new light on issues in both future studies, as well as the discussions of advanced extraterrestrial civilizations and ongoing SETI projects.

That ‘new light’ considers the possibility that, as Sir Julian Huxley surmised in an essay written as far back as 1957, natural selection will have little to do with a true posthuman future. Instead, we have to look to other modes of evolution encompassing technological and cultural change. We may consider advanced technological civilizations as outcomes of such evolution that have now become immune to existential risks, societies that can manipulate the surrounding universe to a high level of precision, reaching what Nikolai Kardashev called a Type II level, able to use all the energy resources of their own planetary systems.

The Expanding Empire vs. the City-State

And because Ćirković questions what the expansive colonial model implies, he is drawn to ask what a Type II civilization would do with its power. The ‘city-state’ model is one focused on optimizing its activities, heeding the problems of further expansion and drawing heavily on its computational abilities. Rather than looking for signs of outward-reaching super-civilizations (much less Kardashev Type III societies, which Ćirković sees as unlikely to arise), we should ponder cultures that have a keen eye on their own limitations and an ability to use resources close at hand.

We’re in the area of postbiological evolution, as outlined here:

As an example, the imperative for filling the complete ecological niche in order to maximize one’s survival chances and decrease the amount of biotic competition is an essentially biological part of motivation for any species, including present-day humans… It would be hard to deny that this circumstance has played a significant role in colonization of the surface of the Earth. But expanding and filling the ecological niches are not the intrinsic property of life or intelligence – they are just consequences of the predominant evolutionary mechanism, i.e. natural selection. It seems logically possible to imagine a situation in which some other mechanism of evolutionary change, like the Lamarckian inheritance or genetic drift, could dominate and prompt different types of behaviour. The same applies for the desire to procreate, leave many children and enable more competitive transmission of one’s genes to future generation is linked with the very basics of the Darwinian evolution. Postbiological civilization is quite unlikely to retain anything like the genetic lottery when the creation of new generations is concerned.

The trick from the SETI perspective is to identify such a civilization, one without a pressing need for outward expansion beyond, perhaps, a few neighboring stellar systems. In fact, molecular nanotechnology might create such an efficient utilization of resources that an extraterrestrial culture would have little reason to look elsewhere, although Ćirković assumes that ATCs will, for reasons of research and prudence, become quite adept at monitoring the rest of the galaxy through a variety of observatories and nanotechnology-based interstellar probes. That model has a precedent in ancient Greek city-states that deployed networks of agents operating outside their own territories. 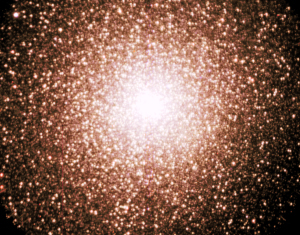 It’s a compelling argument, and you’ll find a rich science fiction treatment of some of its themes in Greg Egan’s Diaspora (1997), where a society of uploaded minds deals with the consequences of its freedom from biological motivations. Egan’s characters need not worry about their genetic heritage, their ecological boundaries, the pressures of population or any need for expansion through the colonial model. With access to information without the need of physical presence, the driving factors of the empire-state begin to dissipate. Even a dying star may not force expansion onto a culture like this, as Ćirković notes:

It has been claimed in the classical SETI literature that the interstellar migrations will be forced by the natural course of stellar evolution. However, even this “attenuated” expansionism – delayed by on the order of 109 years – is actually unnecessary, since naturally occurring thermonuclear fusion in stars is extremely inefficient energy source, converting less than 1% of the total stellar mass into potentially useable energy. Much deeper (by at least an order of magnitude) reservoir of useful energy is contained in the gravitational field of a stellar remnant (white dwarf, neutron star or black hole), even without already envisaged stellar engineering. Highly optimized civilization will be able to prolong utilization of its astrophysically local resources to truly cosmological timescales.

Image: The globular cluster 47 Tucanae, about 15,000 light years from Earth, and 120 light years across. The stars in 47 Tuc are about 10-12 billion years old, making them among the oldest stars in the galaxy (more than twice the age of our own sun). Could some of these stars be the home of non-expansive, ‘city-state’ civilizations? Credit: Southern African Large Telescope.

To Observe the Unobservable?

Ćirković goes on to make the case against galactic empire in terms of both feasibility and cost, probing as well both political and ethical reasons for the city-state model to prevail. But back to the SETI question: Just how observable would a civilization following the city-state model actually be? We may find that our current technology is unable to make such detections, these being cultures whose very efficiency and adaptability to local resources renders them all but invisible to us. We do, however, get at least some relief from the otherwise inexplicable paradox of Fermi.

The paper is Ćirković, “Against the Empire,” slated for publication in JBIS and now available online. This paper is a comprehensive distillation of transhumanist ideas looked at in provocative new ways, its application to SETI one that challenges the basic assumptions of our radio and laser surveys. You’ll find much to mull over and much to argue with here. I wonder, for example, whether the lack of observed Type III civilizations in our cosmological neighborhood is truly a sign that galactic empires cannot form. Perhaps a Type III culture, able to harness the resources of its entire galaxy, would be even more difficult to detect than a nearby Type II, operating as it would be under assumptions that are even more alien to us than Ćirković’s city-states.

But opening up SETI to inquiries like these is heartening in many respects, and will be even more so if we continue to find no sign of intelligent life after another few decades. The astrobiological evidence thus far points in the direction of widespread life. If intelligence does arise on a modestly frequent basis, we may be living in a galaxy filled with thought whose pooled knowledge is simply unobservable, at least at this juncture of our own development. The thought that we are not alone, even if we are in the presence of moderate and sustainable societies much unlike our own, offers a satisfactory resolution to Fermi and a provocative picture of a possible (post)human future.