Enrico Fermi’s paradox has occupied us more than occasionally in these pages, and for good reason. ‘Where are they,’ asked Fermi, acknowledging an obvious fact: Even if it takes one or two million years for a civilization to develop and use interstellar travel, that is but a blip in terms of the 13.7 billion year age of the universe. Von Neumann probes designed to study other stellar systems and reproduce, moving outward in an ever expanding wave of exploration, could easily have spread across the galaxy long before our ancestors thought of building the pyramids. 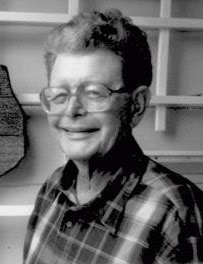 Where are they indeed. Kelvin Long, one of Project Icarus’ most energetic proponents, recently sent me Poul Anderson’s thoughts on the subject. I probably don’t need to tell this audience that Anderson was a science fiction author extraordinaire. His books and short stories occupied vast stretches of my youth, and I still maintain that if you want to get not so much the tech and science but the sheer wonder of the interstellar idea, you can tap it in its pure form in his writing. Poul was also the author of Tau Zero, the novel which gave our Tau Zero Foundation its name, and we’re delighted to have Karen Anderson, Poul’s wife, as a valuable part of the organization.

In a letter to the Journal of the British Interplanetary Society in 1986, Anderson sketched the reasons why Fermi was asking his question, citing the von Neumann probes mentioned above, and noting that while interstellar travel was likely hard enough that civilizations practicing it might be rare, all it takes is one to eventually fill the galaxy with its artifacts. He found the notion that Fermi could be answered by saying we are the only high-technology civilization unlikely, but his reason for writing was to offer an entirely different suggestion based on practicality.

Let’s assume a stable civilization arises that achieves extremely long lifespans, if not physical immortality — this may be too big an assumption, but there are those arguing that our successors may be a form of artificial intelligence for whom this could apply. Such a civilization naturally would explore its neighborhood, moving out to local star systems and gradually spreading beyond. Anderson saw this as a problem: The farther from home you go, the longer it takes you to return information. The galaxy itself is 100,000 light years wide, he noted, and that means most information would be utterly outdated by the time it spread throughout the disk.

And what of this self-replication idea? Anderson saw problems there too:

…self-replication would probably already have broken down. Quantum mechanics alone guarantees gradual degradation of the programmes, an accumulation of ‘mutations’ generation by generation — without any natural selections to winnow out the unfavourable majority — until ultimately every machine is useless and every line of its descent extinct.

Can we conjecture a kind of self-healing technology that extends to fixing these errors to maintain the integrity of the expansion? Perhaps, but the data flaw remains paramount:

…long before this has happened, the sphere of exploration will include so many stars that the data flow from them saturates the processing capacity of the present civilisation. After all, with some 1012 stars in the Galaxy, a small fraction amounts to a huge number. Moreover, while they may fall into categories with predictable properties, we are learning in our own back yard that every planet any of them may have is a world, replete with mysteries and surprises. Every life-bearing planet offers endless matter for research, especially since the life will always be changing, evolving.

In short, Fermi’s ‘they’ are not here because they are kept too busy within a few score light-years of their various homes.

If Anderson is right, then we can imagine a galaxy in which technological civilizations arise here and there, each of them gradually filling a sphere of exploration and colonization until a kind of equilibrium is reached and there is no practical advantage to pushing further. Earth, then, could be seen as being in the spaces between such civilizations, not yet aware of their existence, preparing over the next few centuries to begin its own expansion to nearby stars.

Is the galactic population sufficiently dense that such ‘bubbles’ of expansion ever meet? Or is SETI our only chance to confirm the idea that the galaxy has brought forth other technological civilizations? If the latter, we may know them only by the whisperings of their local traffic, exchanging information and perhaps speculating as we do about still more distant suns.