Is Our Civilization Detectable?

I haven’t even finished the first line of this post and I’m already in a digressive mood. The mental sidetrack comes from yesterday’s talk about the Square Kilometer Array, whose primary installations are now to be built in both South Africa and Australia. By observing an object through many instruments simultaneously, astronomers can use the technique called interferometry to combine incoming data and emulate a much larger instrument. The SKA’s sensitivity promises to be high enough to allow the detection of possible leakage radiation from another civilization, which prompted me to recall a quote I had buried in my archives:

“I know perfectly well that at this moment the whole universe is listening to us — and that every word we say echoes to the remotest star.” 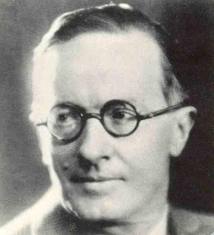 The words are those of Jean Giraudoux, a French writer and diplomat whose plays, written between the two world wars, gained him an international audience (Christopher Fry was among the admirers who adapted Giraudoux’s work into English). Here the play is The Madwoman of Chaillot, a dizzying fantasy about corrupt business people who are trying to dig up Paris to retrieve its supposed oil reserves, and Countess Aurelia, the eccentric who with the help of an oddball ensemble of misfits puts these ‘wreckers of the world’s joy’ on trial. Giraudoux wrote the play in 1943 during the German occupation and died before he could see it performed.

Among the many plays, novels and essays the prolific Giraudoux wrote, this one eventually caught the eye of Carl Sagan, who used it to introduce a chapter about radio SETI in Intelligent Life in the Universe, the 1966 title he produced in collaboration with the Russian astronomer I.S. Shklovskii. I always enjoy paging through this book to see how our ideas of astrobiology and SETI have changed over the years. The SKA story invariably reminded me of Sagan’s concern over our own leakage radiation to the stars — he imagined the radio voice of Enrico Caruso traveling outward forever at the speed of light:

And I have to add this entertaining riff, evidence that Sagan occasionally needed to lighten up:

…the characteristic signs of life on Earth which may be detectable over interstellar distances include the baleful contents of many American television programs and the mindless outpourings of rock-and-roll stations. It is a sobering thought indeed that the Beverly Hillbillies may be our only interstellar emissaries.

I’m not sure who it was who added Chuck Berry to the Voyager Golden Record, but whoever it was, good for him/her.

Whispers in the Night

People sometimes assume that stray signals would be easily snared at interstellar distances, but we’re learning that it would take a mammoth installation to make such a catch. The film Contact, made from Sagan’s novel of the same name, uses the wonderful device of a broadcast returned to us, a transmission from the 1936 Olympics in Berlin. Receiving such a signal parroted back to us would surely flag the detection of an extraterrestrial civilization and cause researchers to begin the necessary work to look for embedded information inside it.

The people behind the Square Kilometer Array talk about the ability of this instrument, once its vast telescopic resources are in place and connected to powerful computing facilities, to pick up something as weak as the extraterrestrial equivalent of an airport radar around another star. It’s a fantastic prospect, implying our ability to add a new layer to our existing SETI investigations. Is it possible that instead of scanning the skies for beacons, we might simply begin to pick up the extraneous signals of a civilization going about its daily life? The goal is energizing, but hearing claims about extraterrestrial detections always makes me uneasy. 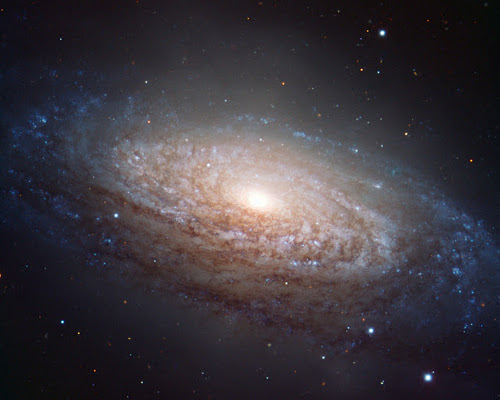 Image: Signals from our civilization are gradually working their way into the galaxy. But would a conventional radio telescope be able to detect them at our present level of technology? Would the SKA?

Back in late 2010, James Benford discussed leakage radiation at a meeting of the Royal Society in Britain, asking whether the kind of installations we currently have on Earth could detect signals this weak if sent from a nearby star. It turns out a typical radio telescope like the Parkes instrument in Australia, if located near Alpha Centauri, would not be able to detect our TV transmissions at all. Benford pointed out that signal information is transmitted in bands on each side of the central frequency and that broadcast antennae aim their transmitted power mostly toward the surface. Signals that get into space are not coherent and are unlikely to be noted.

Sizing up the SKA

We’ll learn much more about the Square Kilometer Array as its various components come online in the late years of this decade and beyond, but the paper presenting Benford’s analysis, written with John Billingham (SETI Institute), indicates that talk about picking up airport radars and other leakage radiation may be overly optimistic. From the Benford/Billingham paper:

The assertion of Loeb and Zaldarriaga (2006) that SKA can see leakage radiation at 100 pc (316 ly) is based on the assumption that the sources are continuous, so long integration times make the leakage detectable. However, this is not true of Earth leakage. Integrating over days to months doesn’t work when the TV station you’re observing is transmitting in your direction for a time typically ~hour, before it disappears around the limb of the Earth, as stated by Sullivan. Forgan and Nichol (2010) show that, even if Loeb and Zaldarriaga were right, the probability of detection is very low.

The SKA may be too small for the task of picking up leakage radiation after all. Back in 2010, Seth Shostak (SETI Institute) wrote an essay about the matter in the Huffington Post:

Evidence of our existence has already washed over about 15,000 star systems, as the FM, television, and radar signals that were first transmitted during the late 1930s wick into space.

That isn’t news to many, of course, but maybe this is: These signals are not hard to find. If there are any aliens within a few hundred light-years, these clues to our existence could be found with an antenna the size of Chicago. For any society able to threaten us across such distances, that’s a pretty easy construction project.

Shostak was writing in the context of Stephen Hawking’s concerns about the dangers of extraterrestrial contact, and he’s doubtless right that a society advanced enough to cross the interstellar gulf to threaten the Earth would find building a Chicago-sized antenna feasible. But in our own terms (and what I’m getting at in this post is what we can detect), such an antenna would blow the budget for the entire century, being far larger than what the Square Kilometer Array can provide. Benford and Billingham went to work on the cost issues involved, assuming that Shostak was right that it would take an antenna this large:

Certainly, with ever-larger antenna area, at ever greater cost, advanced ETI can detect us. From the above analysis, we calculate that at 50-ly range, the antenna area must be ~1 km2. To assess Shostak’s claim, note that Chicago’s area is 24,800 km2 = 2.48 1010 m2. At the present value of SKA antennas, 2.4 k$/m2, the cost is 60 T$, comparable to Earth’s GNP of 70 T$. So if comparable to us, ETI would have to devote their entire science budget for a time perhaps of order a century to build Shostak’s antenna, a sobering prospect.

Sobering indeed. Obviously, a sufficiently advanced civilization would be capable of technologies and budgets that defy our analysis, but Benford and Billingham help us answer the question of whether or not our present technology — or that of the near future — would be capable of detecting our own transmissions from a nearby star. The answer is almost certainly no. Leakage radiation is going to be tough to detect even with country-spanning installations like the SKA. And we might answer Giraudoux’s Madwoman of Chaillot by saying that perhaps every word we say really is echoing to the remotest star, but the civilizations capable of hearing those words are going to be so far beyond our powers as to defy the imagination.

The Benford and Billingham paper is “Costs and Difficulties of Large-Scale ‘Messaging’, and the Need for International Debate on Potential Risks” (abstract) / full text.