How do you feel about a universe that shows no signs of intelligent life? Let’s suppose that we pursue various forms of SETI for the next century or two and at the end of that time, find no evidence whatsoever for extraterrestrial civilizations. Would scientists of that era be disappointed or simply perplexed? Would they, for that matter, keep on looking?

I suspect the latter is the case, not because extraterrestrial civilizations would demonstrate that we’re not alone, but because in matters of great scientific interest, it’s the truth we’re after, not just the results we want to see. In my view, learning that there was no other civilization within our galaxy — at least, not one we can detect — would be a profoundly interesting result. It might imply that life itself is rare, or even more to the point, that any civilizations that do arise are short-lived. This is that tricky term in the Drake equation that refers to the lifespan of a technological civilization, and if that lifetime is short, then our own position is tenuous.

The anomalous light curve in the Kepler data from KIC 8462852 focuses this issue because on the one hand I’m hearing from critics that SETI researchers simply want to see extraterrestrials in their data, and thus misinterpret natural phenomena. An equally vocal group asks why people like me are so keen on looking for natural explanations when the laws of physics do not rule out other civilizations. All I can say is that we need to be dispassionate in the SETI search, looking for interesting signals (or objects) while learning how to distinguish their probable causes.

In other words, I don’t have a horse in this race. The universe is what it is, and the great quest is to learn as much as we can about it. I am not going to lose sleep if we discover a natural cause for the KIC 8462852 light curves because whatever is going on there is astrophysically interesting, and will help us as we deepen our transit studies of other stars. The recent paper from Wright et al. discusses how transiting megastructures could be distinguished from exoplanets, and goes on to describe the natural sources that could produce such signatures. The ongoing discussion is fascinating in its own right and sharpens our observational skills. 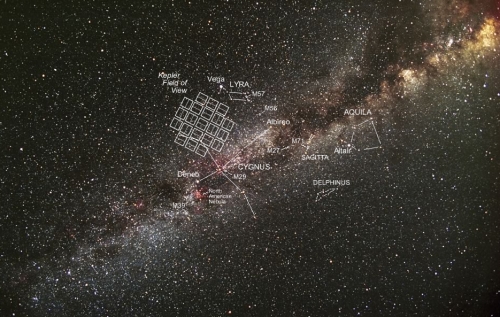 He went on to elaborate in yesterday’s comments section:

Gravity darkening might be a small part of the puzzle, but it does not explain the features of this star. Tabby’s star does not rotate fast enough to experience significant gravity darkening. That post also suggests that planets could be responsible, but planets are not large enough to produce the observed events, and there are too many events to explain with planets or stars.

The Wright paper lists nine natural causes of anomalous light curves in addition to gravity darkening, including planet/planet interactions, ring systems and debris fields, and starspots. Exomoons, the subject of continuing work by David Kipping and colleagues at the Hunt for Exomoons with Kepler project, also can play a role, with a sufficiently large moon producing its own transit events and leaving a signature in transit timing and duration variations.

We have examples of objects whose anomalies have been investigated and found to be natural, including the interesting CoRoT-29b, in which gravity darkening is likewise rejected. From the paper:

CoRoT-29b shows an unexplained, persistent, asymmetric transit — the amount of oblateness and gravity darkening required to explain the asymmetry appears to be inconsistent with the measured rotational velocity of the star (Cabrera et al. 2015). Cabrera et al. explore each of the natural confounders in Table 2.3 for such an anomaly, and find that none of them is satisfactory. Except for the radial velocity measurements of this system, which are consistent with CoRoT-29b having planetary mass, CoRoT-29b would be a fascinating candidate for an alien megastructure.

We can also assign a natural explanation to KIC 1255b, an interesting find because its transit depths vary widely even between consecutive transits, and its transit light curves show an asymmetry between ingress and egress. What we are apparently looking at here is a small planet that is disintegrating, creating a thick, comet-like coma and tail that is producing the asymmetries in the transit light curves. This is an intriguing situation, as the Wright paper notes, with the planet likely pared of 70 percent of its mass and reduced to an iron-nickel core.

We may well find a natural explanation that takes care of KIC 8462852 as well, and the large scope of the challenge will ensure that the object remains under intense scrutiny. Both CoRoT-29b and KIC 1255b are useful case studies because they show us how unusual transit signatures can be identified and explained. We also have to keep in mind that such signatures may not be immediately found because Kepler data assessment techniques are not tuned for them, as the paper notes:

…in some cases of highly non-standard transit signatures, it may be that only a model-free approach — such as a human-based, star-by-star light curve examination — would turn them up. Indeed, KIC 8462852 was discovered in exactly this manner. KIC 8462852 shows transit signatures consistent with a swarm of artificial objects, and we strongly encourage intense SETI efforts on it, in addition to conventional astronomical efforts to find more such objects (since, if it is natural, it is both very interesting in its own right and unlikely to be unique).

Thus we leave the KIC 8462852 story for now, although I would encourage anyone interested in Dysonian SETI to read through the Wright paper to get a sense of the range of transiting signatures that draw SETI interest. The paper is Wright et al., “The Ĝ Search for Extraterrestrial Civilizations with Large Energy Supplies. IV. The Signatures and Information Content of Transiting Megastructures,” submitted to The Astrophysical Journal (preprint).