Talking to the Lion

Extraterrestrial civilizations, if they exist, would pose a unique challenge in comprehension. With nothing in common other than what we know of physics and mathematics, we might conceivably exchange information. But could we communicate our cultural values and principles to them, or hope to understand theirs? It was Ludwig Wittgenstein who said “If a lion could speak, we couldn’t understand him.” True? 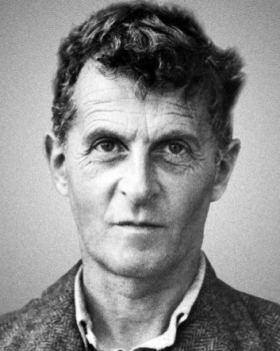 One perspective on this is to look not into space but into time. Traditional SETI is a search through space and only indirectly, through speed of light factors, a search through time. But new forms of SETI that look for technosignatures — and this includes searching our own Solar System for signs of technology like an ancient probe, as Jim Benford has championed — open up the chronological perspective in a grand way.

Image: Philosopher Ludwig Wittgenstein (1889-1951), whose Tractatus Logico-Philosophicus was written during military duty in the First World War. It has been confounding readers like me ever since.

Absent aliens to study, ponder ourselves as we look into our own past. I’ve spent most of my life enchanted with the study of the medieval and ancient world, where works of art, history and philosophy still speak to our common humanity today. But how long will we connect with that past if, as some predict, we will within a century or two pursue genetic modifications to our physiology and biological interfaces with computer intelligence? It’s an open question because these trends are accelerating.

What, in short, will humans in a few hundred years have in common with us? The same question will surface if we go off-planet in large numbers. Something like an O’Neill cylinder housing a few thousand people, for example, would create a civilization of its own, and if we ever launch ‘worldships’ toward other stars, it will be reasonable to consider that their populations will dance to an evolutionary tune of their own.

The crew that boards a generation ship may be human as we know the term, but will it still be five thousand years later, upon reaching another stellar system? Will an interstellar colony create a new branch of humanity each time we move outward?

Along with this speculation comes the inevitable issue of artificial intelligence, because it could be that biological evolution has only so many cards to play. I’ve often commented on the need to go beyond the conventional mindset of missions as being limited to the lifetime of their builders. The current work called Interstellar Probe at Johns Hopkins, in the capable hands of Voyager veteran Ralph McNutt, posits data return continuing for a century or more after launch. So we’re nudging in the direction of multi-generational ventures as a part of the great enterprise of exploration.

But what do interstellar distances mean to an artilect, a technological creation that operates by artificial intelligence that eclipses our own capabilities? For one thing, these entities would be immune to travel fatigue because they are all but immortal. These days we ponder the relative advantages of crewed vs. robotic missions to places like Mars or Titan. Going interstellar, unless we come up with breakthrough propulsion technologies, favors computerized intelligence and non-biological crews. Martin Rees has pointed out that the growth of machine intelligence should happen much faster away from Earth as systems continually refine and upgrade themselves.

It was a Rees essay that reminded me of the Wittgenstein quote I used above. And it leads me back to SETI. If technological civilizations other than our own exist, it’s reasonable to assume they would follow the same path. Discussing the Drake Equation in his recent article Why extraterrestrial intelligence is more likely to be artificial than biological, Lord Rees points out there may be few biological beings to talk to:

Perhaps a starting point would be to enhance ourselves with genetic modification in combination with technology—creating cyborgs with partly organic and partly inorganic parts. This could be a transition to fully artificial intelligences.

AI may even be able to evolve, creating better and better versions of itself on a faster-than-Darwinian timescale for billions of years. Organic human-level intelligence would then be just a brief interlude in our “human history” before the machines take over. So if alien intelligence had evolved similarly, we’d be most unlikely to “catch” it in the brief sliver of time when it was still embodied in biological form. If we were to detect extraterrestrial life, it would be far more likely to be electronic than flesh and blood—and it may not even reside on planets. 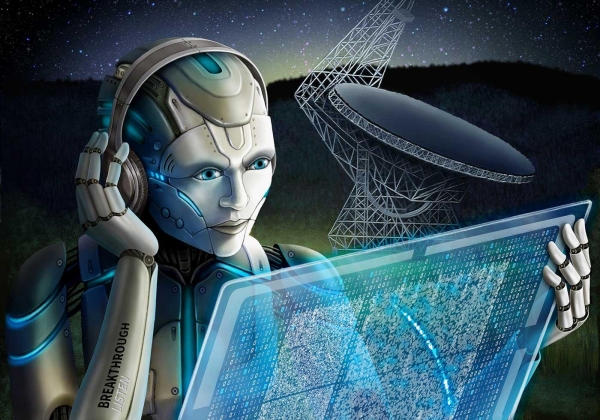 I don’t think we’ve really absorbed this thought, even though it seems to be staring us in the face. The Drake Equation’s factor regarding the lifetime of a civilization is usually interpreted in terms of cultures directed by biological beings. An inorganic, machine-based civilization that was spawned by biological forebears could refine the factors that limit human civilization out of existence. It could last for billions of years.

It’s an interesting question indeed how we biological beings would communicate with a civilization that has perhaps existed since the days when the Solar System was nothing more than a molecular cloud. We often use human logic to talk about what an extraterrestrial civilization would want, what its motives would be, and tell ourselves the fable that ‘they’ would certainly act rationally as we understand rationality.

But we have no idea whatsoever how a machine intelligence honed over thousands of millenia would perceive reality. As Rees points out, “we can’t assess whether the current radio silence that Seti are experiencing signifies the absence of advanced alien civilisations, or simply their preference.” Assuming they are there in the first place.

And that’s still a huge’ if.’ For along with our other unknowns, we have no knowledge whatsoever about abiogenesis on other worlds. To get to machine intelligence, you need biological intelligence to evolve to the point where it can build the machines. And if life is widespread — I suspect that it is — that says nothing about whether or not it is likely to result in a technological civilization. We may be dealing with a universe teeming with lichen and pond scum, perhaps enlivened with the occasional tree.

A SETI reception would be an astonishing development, and I believe that if we ever receive a signal, likely as a byproduct of some extraterrestrial activity, we will be unlikely to decode it or even begin to understand its meaning and motivation. Certainly that seems true if Rees is right and the likely sources are machines. A SETI ‘hit’ is likely to remain mysterious, enigmatic, and unresolved. But let’s not stop looking.

Previous post: BLC1: The ‘Proxima Signal’ and What We Learned