To the Stars via Radioactive Decay

If you wanted to reach Alpha Centauri in 40 years, one way to do it would be to boost a spacecraft up to 10 percent of lightspeed as quickly as possible and then let it coast to destination. Or you could do something entirely different: push your payload at constant acceleration halfway to Centauri, turn it around at the halfway point, and perform a uniform deceleration that gets you to into Centauri space with zero speed. To achieve the latter — no small feat, needless to say — requires a constant acceleration of 0.0105g.

That number comes from the work of Italian physicist and mathematician Claudio Maccone, whose new paper “Radioactive Decay to Propel Relativistic Interstellar Probes Along a Rectilinear Hyperbolic Motion (Rindler Spacetime)” discusses a novel way to design an interstellar probe. Maccone’s study of constant acceleration (using what special relativity calls ‘hyperbolic motion’) shows that it could provide an ideal mission profile if we can find a way to propel a probe through processes of radioactive decay.

Hyperbolic motion has a fascinating history, first mentioned by Hermann Minkowski in 1908 in the same lecture where he introduced the idea of spacetime. Maccone notes a relatively unheralded 1930 book by Robert Esnault-Pelterie called L’Astronautique as using special relativity to examine relativistic interstellar flight, and also gives a nod to the German scientist Eugen Sänger, who suggested a design for a photon rocket in the 1950s (Sänger used electron/positron annihilation to produce gamma rays as exhaust, though how such an exhaust stream would be directed seems an insuperable difficulty).

But it was Carl Sagan whose work with hyperbolic motion fired the imagination of many of today’s scientists. In his 1963 paper “Direct Contact among Galactic Civilizations by Relativistic Spaceflight,” (Planetary and Space Science 11, pp. 485–98), Sagan drew from Robert W. Bussard the idea that an interstellar ramjet could accelerate continuously at 1 g. He then worked out the effects of relativistic time dilation as the ramjet continues to close on lightspeed.

Remarkably, with a constant acceleration of 1 g, a crew would reach the galactic center in a ship’s time of 20 years, even as 32,000 years passed on Earth. Even the Andromeda Galaxy would be within reach, 25 years away by ship’s time, while fully two million years passed on Earth. If all this sounds familiar, it may be because it stirs memories of Poul Anderson’s wonderful novel Tau Zero (New York: Doubleday, 1970), in which a runaway starship does something similar. 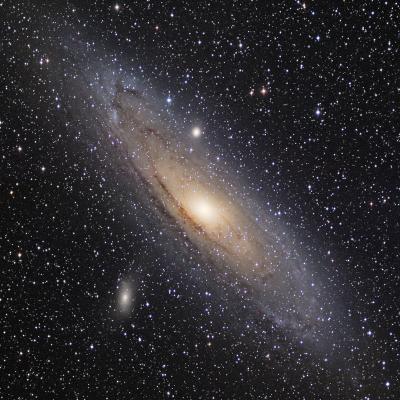 Image: M31, the Andromeda Galaxy. A constant acceleration of 1 g, as Carl Sagan showed, would allow a crew to reach it within a human lifetime, although millions of years would pass back on Earth. Credit: Adam Block/NOAO/AURA/NSF.