Tau Zero journalist Larry Klaes gives us a look at the immense contribution of physicist Giuseppe Cocconi to SETI. It’s sobering to realize how new a study SETI really is. Frank Drake’s Project Ozma began less than fifty years ago, while estimates of the number of extraterrestrial civilizations are just now scaling back dramatically from the numbers Drake himself and Carl Sagan once used (Claudio Maccone’s recent work on the Drake Equation arrives at an estimate of 250 such civilizations in the Milky Way — more on this soon). If it weren’t for the efforts of Cocconi and Philip Morrison, the theorizing behind the Drake Equation and the development of SETI itself might have been slowed for years, as Larry points out so ably below.

On November 9, the world said farewell to physicist Giuseppe Cocconi, who passed away at the age of 94. Although his life’s work was in particle physics and cosmic ray science, Cocconi will always be best known for co-authoring the paper with a fellow Cornell scientist that sparked the modern Search for Extraterrestrial Intelligence, or SETI. 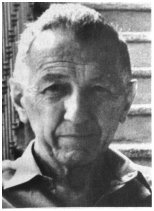 Born in Como, Italy in 1914, Cocconi was invited to join the faculty at Cornell University in 1947 by none other than the late Cornell physicist Hans Bethe, who won the Nobel Prize for physics in 1967. Cocconi had a fruitful career as a full professor with the university, where his research determined the galactic and extragalactic origin of cosmic rays. Cocconi left Cornell in 1963 to work at CERN, the French acronym for the European Organization for Nuclear Research. Four years later, he became the Director of Research at CERN, the institution that would later build and operate the Large Hadron Collider, the biggest particle accelerator on Earth to date.

While on a sabbatical leave at CERN in 1959, Cocconi began a discussion with a fellow Cornell physicist named Philip Morrison, who had arrived at the university just one year before him from the Manhattan Project that created the first atomic bombs. Morrison recalled to sociologist and author David Swift in his 1990 book SETI Pioneers: Scientists Talk About Their Search for Extraterrestrial Intelligence (University of Arizona Press, Tucson) that

“…one spring day in 1959, Giuseppe Cocconi came into my office. We were thinking about gamma rays of natural origin when we realized that we knew how to make them, too. We were making lots of them downstairs at the Cornell synchrotron. So Cocconi asked whether they could be used for communicating between the stars. It was plain that they would work, but they weren’t very easy to use. My reply was enthusiastic but cautious. Shouldn’t we look through the whole electromagnetic spectrum to find the best wavelength for any such communication? That was the germ of the idea.”

Cocconi himself explained to Swift that he felt “…a narrow burst of gamma radiation could be a signal that can travel far and straight in galactic space and be peculiar enough to be recognized. And that was the triggering.” 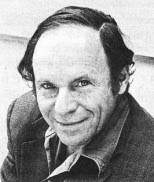 Cocconi and Morrison brainstormed on the most efficient method for communicating among stars in the galaxy. They determined that radio waves would be usable by just about any technological civilization with even a general understanding of astronomy and physics.

This was not the first time that radio had been considered for sending messages between worlds. In 1924, radio operators eagerly listened for any transmissions originating from the planet Mars, which was closer than usual to Earth that year. They thought and hoped that any intelligent Martians might also note the orbital closeness of their two worlds and signal their presence to the inhabitants of the third world from the Sun. Needless to say, no definite radio messages were received from the Red Planet, but the idea of using radio as a means of communicating across space was about to gain a higher measure of acceptability.

Once they had established the method, Cocconi and Morrison began to think about the possible frequencies an ETI might transmit on out of the millions of radio channels to choose from. They eventually settled upon the emission frequency of neutral hydrogen, 1420 MegaHertz, the most abundant element in the Universe. The frequency was also chosen for the fact it was in a relatively quiet region of the natural radio spectrum. If an alien civilization wanted its artificial signals to be noticed among all the natural celestial noises, this would be a logical frequency to transmit on. This proposal would later be described as a cosmic ‘water hole’, where intelligent beings might meet in a common area in the radio spectrum to send their interstellar messages, just as animals of different species on this planet often congregate together at a literal water hole to drink.

Shortly after discussing his interstellar communication idea with Morrison, Cocconi realized that a 250-foot wide radio telescope constructed at Jodrell Bank in England just two years earlier would be able to send a detectable signal to the Solar System’s nearest stellar neighbor, Alpha Centauri. Conversely, such a giant dish antenna should also be able to pick up strong electromagnetic transmissions from any technological beings living around the nearest suns. Cocconi wrote to the astronomer in charge of Jodrell Bank, Sir Bernard Lovell, to ask if the steerable instrument that would later bear the English astronomer’s name could be used to search for any intelligent beings in the Milky Way galaxy. Sir Bernard did not share Cocconi’s enthusiasm about the potential for the radio telescope to open up a whole new vista in our understanding of the cosmos and turned Cocconi down.

Undeterred, Cocconi and Morrison put their research findings and ideas into a two-page paper titled “Searching for Interstellar Communications,” which was published in the September 19, 1959 edition of the periodical Nature (available online).

The subject of SETI gained new credibility in the science community with the appearance of an article dealing with this concept written about and supported by two professional physicists and published in such a prestigious journal as Nature. Many of the ideas Cocconi and Morrison proposed for detecting alien transmissions became standards in the SETI field in the decades that followed their paper. For example, to make certain that the recipient of a radio signal from an ETI would know it was artificial in origin, the authors proposed that “…one signal might contain, for example, a sequence of small prime numbers of pulses, or simple arithmetical sums.” Fellow Cornellian Carl Sagan utilized this very proposal in 1985 in his only science fiction novel, Contact, which had a vast galactic society get humanity’s attention by transmitting the first 100 prime numbers (digits which are only divisible by themselves and one) in its opening radio message to Earth. 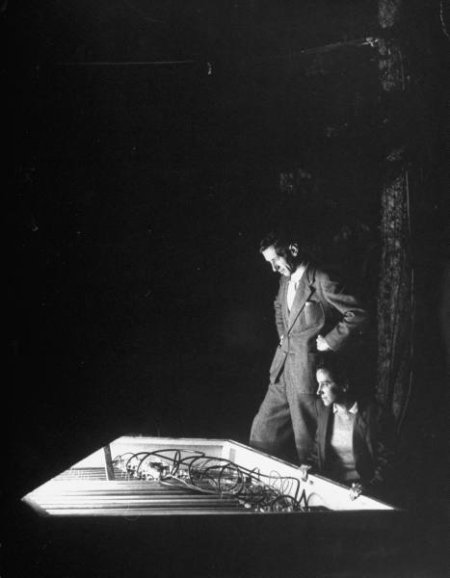 Just months after the publication of “Searching for Interstellar Communications,” a scientist named Frank Drake, who would later become yet another member of the Cornell faculty and participate in a number of extraterrestrial communications projects with Sagan, conducted the first modern SETI project, which he called Ozma. In early April of 1960, Drake used a large radio telescope that belonged to the National Radio Astronomy Observatory (NRAO) at Green Bank in West Virginia to listen for any potential ETI signals transmitting on the 1420 MegaHertz frequency from two nearby Sunlike star systems, Tau Ceti and Epsilon Eridani. Though no artificial signals of alien origin were detected in this relatively short experiment, Drake’s project followed several of the suggestions from Cocconi and Morrison’s Nature paper and further helped to establish SETI as a mainstream science. 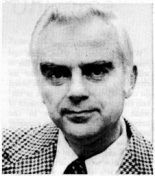 In November of 1961, Cocconi and Morrison found themselves traveling to Green Bank as members of a small but highly select group of scientists gathered to discuss the issues surrounding the idea of communicating with extraterrestrial intelligences. Known as the Green Bank Conference, the meeting members included Drake and Sagan. This conference contained the first public discussion of what would later be called the Drake Equation, which the SETI pioneer established in order to identify and calculate the major factors involved in the probabilities of detecting an alien civilization. Although Drake deduced just 10,000 technological societies in our Milky Way galaxy using his equation, Sagan later used the same formula to suggest that perhaps one million ETI might be spread throughout our vast stellar island.

While many aspects of SETI are still in their early stages, our understanding of the Universe has certainly expanded since Cocconi and Morrison released their landmark paper almost half a century ago. There are now several projects such as the Allen Telescope Array
(ATA) in California devoted almost solely to SETI. Scientists have also conducted searches beyond the radio realm, looking for transmissions from laser beams, the infrared signatures of the giant astroengineering structures called Dyson Shells, and even alien probes in our Solar System.

In light of this progress, the final words of Cocconi and Morrison from their Nature article still best describe the search for others in the cosmos:

“The reader may seek to consign these speculations wholly to the domain of science fiction. We submit, rather, that the foregoing line of argument demonstrates that the presence of interstellar signals is entirely consistent with all we now know, and that if signals are present the means of detecting them is now at hand. Few will deny the profound importance, practical and philosophical, which the detection of interstellar communications would have. We therefore feel that a discriminating search for signals deserves a considerable effort. The probability of success is difficult to estimate; but if we never search the chance of success is zero.”