A Science Fictional Take on Being There

If you’re not a member of the Science Fiction and Fantasy Writers of America (still commonly known as the SFWA from the days before the ‘fantasy’ bit was added), you may not see the group’s regular bulletin. That would be understandable, given that although it can be found on newsstands, the SFWA Bulletin now costs a solid $6.95 per copy. Nonetheless, keeping up with Robert Metzger’s ‘State of the Art’ science column would keep me buying this journal even if it didn’t come as part of my membership. 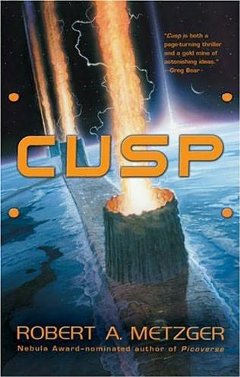 Metzger, the author of the 2002 novel Picoverse and 2005’s CUSP as well as a variety of short fiction in addition to his science writing (some of which is available online), speculates in his most recent column on a subject we’ve recently treated here. Would a species capable of star travel actually need to make the journey, given the advances in technology that would surely make it possible to learn more and more about exoplanets from its own star system? Metzger reviews current exoplanet work in the context of discovering life from afar, and notes we don’t have to re-do the fabric of spacetime to pull off the trick.

In this era of space-based observatories like CoRoT and (soon) Kepler, most Centauri Dreams readers would likely agree that exoplanetary life may be detected from nearby space (at least with next generation tools), but what gets the attention is Metzger’s riff on how a truly advanced alien culture might view us. No need to land on the White House lawn — why not stay invisible, experiencing our Earth through billions of intelligent ‘motes’ sent by exploration craft the size of dust grains. One mote could dock with every organic entity on the planet, recording everything it experienced and shipping the data back to the home world.

Now that’s telepresence! And yet note Metzger’s next line (italics mine): “As science-fictional as that sounds I would consider such an approach one implemented by a fairly primitive stellar faring race.”

Far more advanced would be the race that could mine the vibrations that occur at the deepest level of our existence. “I’m talking,” writes Metzger, “about what we spew out at the atomic and sub-atomic level, every atom of our body buzzing and spewing, impinging upon the fundamental fabric [of] our reality.” Reconstruct the record that reality imparts in spacetime and this happens:

Out around some distant star, deep in the bowels of some alien mind may sit an infinite number of Earths, each one a snapshot in time, separated by mere pico-seconds, spanning the temporal spectrum from the instant you are reading these words to the moment when the first gravitational perturbation started the coalescence of our solar system out of the thin background of dust and hydrogen.

How would such information be housed and accessed? What uses would alien intelligences make of it? For the answers to those questions, we turn to our science fiction writers, whose job it is to explore such scenarios. Earth may have little to offer a race capable of warping spacetime or skiing through wormholes — not in the physical sense — but as a source of information for study and recreation, we might be just the ticket. The exploration of the galaxy through remote techniques that presume no travel by organic beings has its own logic. Whether the urge to actually be in the places being explored is universal or limited to certain members of a single species remains to be seen. And more than a few science fiction novels might be spun out of answering the question.