I’m glad to see the phrasing of the key question used in the SETI Institute’s ‘Earth Speaks’ project. Assuming we one day detect a signal from an extraterrestrial civilization, the Institute asks, ‘Should we reply, and if so, what should we say?’ Given the apparent ease with which broadcasts to the stars have been made in the last few years, advertising everything from snack foods to movies, this question might easily have been ‘What should we say when we respond to an extraterrestrial signal?’

When or if? I come down on the side of the ‘if’ formulation, because the question deserves a global response, one reflecting a broad range of disciplines and perspectives. Such a response takes time to build. Another thing I like about ‘Earth Speaks’ is that it will give us an interesting take on our own species. The plan here is to encourage people to submit messages, pictures and sounds online, using the Internet to solicit ideas.

The site is here, where the project further defines itself:

People from around the world are invited to submit pictures, sounds, and text messages that they would want to send to other worlds. The project aims to foster a dialogue about what we should say to extraterrestrial intelligence, as well as whether or not we should be sending intentional messages.

According to the SETI Institute, ‘Earth Speaks’ will use some kind of message tagging, evidently inserted by its contributors, to categorize the incoming material, which can then be broken down by demographic variables. Commonalities and differences in content should offer perspective on how interstellar messaging is viewed by people around the world (those who are connected to the Internet, that is). Says the Institute’s Doug Vakoch:

“By studying the tags used by many different people, we can capture the major themes that run through thousands of individual messages. That sets the stage for creating interstellar messages that begin to portray the breadth and depth of the human experience.”

I’d prefer to say that it creates a cultural resource through which we can get a better understanding of our global differences as we confront the possibility of future contact. In any case, as the Allen Telescope Array moves into its survey of the galactic plane, SETI advocates believe the chances of a detection are increasing. I’ll wager we won’t have one in this century, but the prospect is enticing and can be a useful tool in energizing public interest about our place in the cosmos. 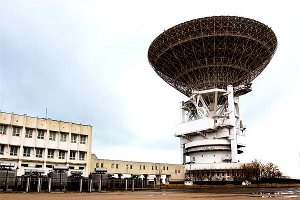 So is this the beginning of a larger public debate about whether or not we should send messages to other worlds? The SETI Institute has no current plans to transmit such messages, but powerful signals have been sent in the past from the Evpatoria Planetary Radar in the Ukraine, beginning with the Cosmic Call transmissions of 1999 and 2003, and including the so-called Teen Age Message to the Stars in 2001. A recent Evpatoria transmission was beamed at the star Gliese 581. We should also note the 1974 signal sent from Arecibo to the star cluster M13, and the recent flurry of commercially inspired message traffic.

In fact, given the global nature of both SETI and METI (Messaging to Extraterrestrial Intelligence), I would favor a wider approach that links this SETI Institute initiative to similar efforts among other SETI/METI proponents and skeptics. The Internet conversation about the merits of messaging the stars is provocative but the public is largely unaware of its complexities. Can ‘Earth Speaks’ grow into not only a database of public responses but a larger conversation that brings in experts from many disciplines to debate these matters online? Note, for example, Tibor Pacher’s Faces from Earth project, a reflection of the ways the Net is growing communities whose interplay can serve this purpose.