On the Nuclear Imperative

Sometimes our concerns about the human future are eerily like those of our ancestors. Giancarlo Genta (Politecnico di Torino) likes to quote an ancient Assyrian tablet on the matter, one said to have been rendered around 2800 BC:

Our Earth is degenerate in these latter days; bribery and corruption are common; children no longer obey their parents; every man wants to write a book and the end of the world is evidently approaching. 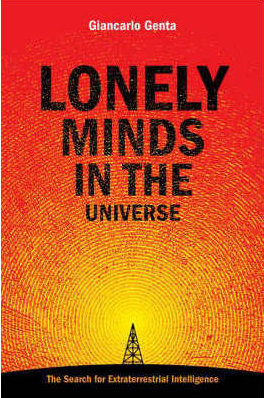 Marvelous as it is, the quote may be apocryphal, as Genta noted in his recent talk at the deep space conference in Aosta. In fact, I suspect it is, unless the bit about every man wanting to write a book was literally written ‘every man wants to keep his household accounts on a clay tablet’ or some such. But whatever the case, the quote echoes similar sentiments found throughout history, thoughts that evoke a golden age when things were just plain better than they are in the present and the future did not seem so dark.

Which is not to say we don’t have serious problems that could limit our civilization, or even end it. The Assyrians didn’t have to cope with nuclear weaponry, or biotechnology, or the possibility of nanotech developing in unforeseen directions. Genta dismisses none of these problems, but his talk at Aosta made the point that immediate perils are not the best way to promote space exploration. If, in other words, we cite commodity shortages or climatic changes as a rationale for getting humans off-planet and thus saving the species, we run the risk of losing credibility if our predictions are wrong.

Image: Giancarlo Genta’s Lonely Minds in the Universe (2007) examines our view of extraterrestrial life as it has evolved over time, with a focus on historical accuracy that illuminates the discussion and challenges many stereotypes.

Here’s a bit of Dr. Genta’s paper from the Aosta proceedings:

While it is certainly true that there are limits to the development of the human species on this planet, these limits seem to be still quite far from being reached. The proposers of the space option should thus promote it as a great opportunity to improve the standard of living of all human beings and not as a last resort attempt to avoid an impending ruin.

We can make a case for improving living standards through space exploration, but only if we take the necessary next steps. Today, our launch technologies are essentially half a century old, with only minor improvements along the way. In our attempt to bootstrap a spacefaring civilization, we need to be thinking long-term and improving our ways of getting out of Earth’s gravity well. On this score, Genta is a proponent of nuclear energy, believing it alone will allow our emergence as a true spacefaring species. Here he speaks from his perspective as a deeply practical mechanical engineer:

The use of nuclear energy for space propulsion in Earth orbit and beyond is just a matter of political will and only marginally of technology: sure, technological advances are required, but after more than 50 years of theoretical studies the ideas are clear and what are still needed are just details. Nuclear-thermal propulsion was demonstrated on the ground in the 1970s and could be used by now for deep-space propulsion. It is true that the performance of such systems can be improved well beyond those demonstrated up to now, but what we have could allow anyway a large improvement if compared with chemical propulsion.

But transitioning to next generation technologies — or catching up in terms of a developing but unused capability — is a demanding process. More on this:

What we really need is to have nuclear powered spacecraft for interplanetary missions, even if their performance were only marginally better than those of chemical propulsion: we need to gain experience in building and operating nuclear systems in space and to make people used to this technology. Performance of nuclear thermal propulsion will improve in due course, but if we wait to start until improved systems are available, everything will be delayed indefinitely. 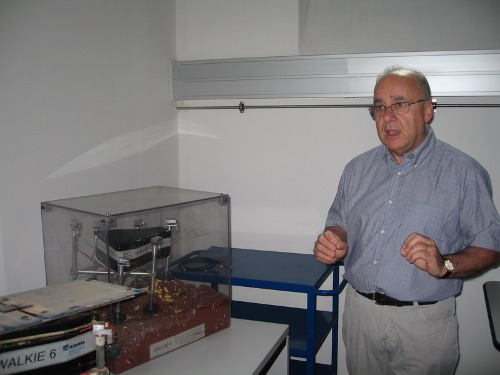 Anyone advocating nuclear propulsion in today’s climate of opinion is sure to have a fight on his hands, but Genta believes the time for this fight is propitious. We’re already seeing signs that in the power industry, nuclear options are making a comeback in terms of public acceptance — the phrase ‘nuclear renaissance’ is in the air in some quarters, indicating that we may be ready to move past the era of kneejerk rejection of the nuclear idea. Funding remains a problem, but we come back again to having to sell our future in space one mission at a time, a laborious task but an essential one.

The space option is a long-term perspective, which will naturally be implemented in due time. Perhaps it is hard to accept that progress toward space must be done step by step, but trying shortcuts may be dangerous. In a situation of scarce funds a hard competition between missions and technologies should be avoided. The efforts should be concentrated in areas that may prove to be enabling technologies, even if this may result in postponing some important scientific results.

There is no more important enabling technology than one that would get us to low-Earth orbit cheaply. Genta noted the space elevator concept in his talk but expressed concerns about the size of the investment needed to build it. In any case, a space elevator raises its own safety concerns. He sees nuclear technology as an achievable solution to the low-Earth orbit problem that should not be put off in hopes of a vastly more expensive future solution. Political will is a tricky thing to summon, but making a sustained, long-term case for space as a key player in our economic future may help overcome the obstacle.

The paper is Genta, “The Nuclear Renaissance: From the Power Industry to Space Exploration?” in Proceedings of the Sixth IAA Symposium on Realistic Near-Term Advanced Scientific Space Missions, Aosta Italy (2009), pp. 13-18. As with other papers from this conference, this one will appear at a future date in Acta Astronautica.