Anomalies and Their Uses

Anomalies in scientific data can sometimes lead to a richer understanding of the underlying principles involved. Einstein was able to explain the difference between the Newtonian description of Mercury’s orbit and subsequent observations by applying his developing theory of General Relativity. Add the curvature of spacetime to the Newtonian picture and the problem of a tiny discrepancy in Mercury’s perihelion precession can be resolved. 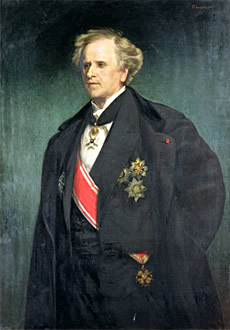 This anomaly briefly changed our view of the Solar System. Originally, the astronomer Urbain Le Verrier had thought it could be explained by the presence of another planet — Vulcan — closer than Mercury to the Sun, but reported sightings of Vulcan were found to be spurious. Einstein’s work solved the precession problem. In a letter to his close friend Michele Angelo Besso, Einstein would write: “In these last months I had great success in my work. Generally covariant gravitation equations. Perihelion motions explained quantitatively… you will be astonished.”

Image: Urbain Le Verrier ((1811 – 1877). Misreading an anomaly in Mercury’s orbit caused him to believe in a planet that didn’t exist. But his prediction of the existence of Neptune showed him to be a master of Newtonian celestial mechanics. Portrait by Felix Henri Giacomotti.

Astonished indeed, but that’s General Relativity for you. As for anomalies, whether they’re a window into revised physical principles or something completely mundane, they’re well worth studying. A new paper by John Anderson (JPL) and Michael Martin Nieto (Los Alamos National Laboratory) looks at four anomalies that have grown out of astrometry, the precise measurement of the position of objects in space. All may have conventional explanations, but we need to investigate to find out whether or not we need to tweak our theories.

We study such phenomena in hopes of learning one of two things. If any of the these anomalies helps us unlock a new principle, we’ve obviously expanded our understanding of the universe, with benefits to our expansion into space. If we learn that any or all of them can be explained by currently understood physics, we’ve then added to the solidity of those theories and can feel renewed confidence in applying them. Either way, we win, but only future studies will tell us which results apply here.

The paper is Anderson and Nieto, “Astrometric Solar-System Anomalies,” to be published in Proceedings of the IAU Symposium 261 and available online.