Tau Zero journalist Larry Klaes here gives us a quick overview of the history and future of the Earth, so vital for understanding not only how life emerged here but how it may appear around other stars. It’s good to keep this background in mind as Kepler and COROT go planet-hunting. Thus far we’ve had our share of surprises as we’ve explored other systems, and doubtless there will be many more as future instruments come online, both in space and on the ground. And as Larry reminds us, there is much we still have to learn about our own planet.

Let’s look at our celestial home’s place in time as well as space, namely the long and ancient history of its cosmic birth and development. This story includes a general history of the wide variety of living beings that dwell just about everywhere on this planet.

Planet Formation and the Big Collision

Earth’s geological history began about five billion years ago, roughly eight billion years after the Universe got its start in the Big Bang. Back then, our planet was just another disembodied collection of dust and gas along with the rest of the Solar System in what astronomers call a nebula. It took the dramatic death of a nearby and unknown star to get our system and world started via the shockwaves of the exploding sun, also known as a supernova.

Not only did the supernova impact start condensing the interstellar dust and gas cloud that would eventually become us, that star’s death throes also infused our nebula with heavier elements that helped produce the various worlds and eventually all life on Earth. As the late Cornell astronomer Carl Sagan once famously said: “We are made of star stuff.”

The cosmic cloud that would become our Solar System began condensing and collapsing into many individual worldlets called planetesimals. As the planetesimals collided with each other as they looped around the newborn Sun amidst the nebula that was turning into a flattened disk of debris, the ones that were not destroyed by the impacts slowly built up into larger worlds. One particular collection became our Earth, though at this early stage it was essentially a sphere of molten rock, with no water and nothing living on it. 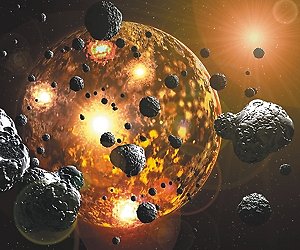 There were more planets in our Solar System during this era than there are now. Many of them were in chaotic orbits around the Sun. One of these early planets, about the size of Mars (but not the current Red Planet, please note) smashed into the young and still molten Earth, becoming almost totally vaporized in the process. Massive chunks of our world were thrown into space, then began circling Earth and eventually condensed into our Moon.

Over time our planet cooled enough so that the surface, or crust, hardened into solid rock. Water began to appear both from condensation and various comets that struck Earth, as there was still plenty of nebula debris left over from the Solar System smashing into itself and into our planet. Our Moon bears the scars of that ancient bombardment period to this day: We call them craters.

Let There Be Life

Though solid evidence for the first signs of life on Earth currently go back over 3.5 billion years, scientists think simple organisms may have started when our planet cooled and water formed on it over four billion years ago. However, these earliest living natives may have been wiped out by the relentless impacts of space debris, causing life on Earth to restart more than once. The fact that life did begin on our planet so relatively soon after its violent formation could mean that life may also have begun and exists on many other worlds throughout the Universe. 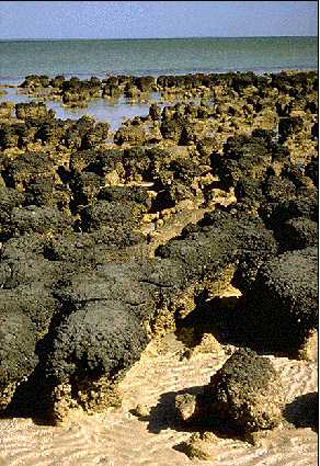 For most of the time that organisms have been on Earth, native creatures had been no more sophisticated than microorganisms, some of which gathered themselves into colonies called stromatolites. Then just over half a billion years ago, Earth’s climate underwent changes, perhaps in part due to these ancient microbes giving off oxygen for ages, which brought about what scientists call the Cambrian Explosion or Radiation. In a relatively short time geologically speaking, life grew and developed into multicellular forms which became the ancestors of the wide variety of organisms that crawl, walk, fly, and swim all over our planet, including us, humanity.

Though impacts from large space objects in later epochs did disrupt ecosystems and cause many extinctions – the most famous being the death of the dinosaurs 65 million years ago – life on Earth has managed to survive and thrive just about everywhere in numerous forms.

There will come a time in the far future, however, when all life on this planet will have to either leave or perish. Several billion years from now, our Sun will begin to expand from a yellow dwarf star into a red giant sun. Earth may escape being engulfed and vaporized by the bloating Sun, but it will become very hot, enough to evaporate the oceans and turn our planet’s surface into molten slag. 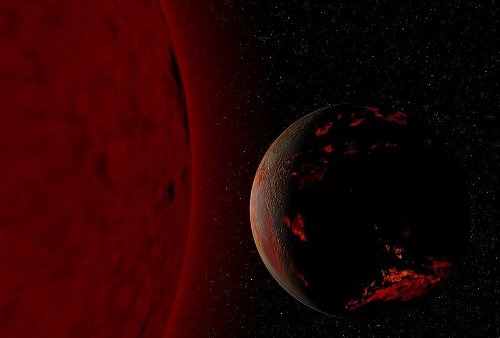 Image: A possible end for the Earth. Credit: fsgregs/Wikimedia Commons.

Eventually, the Sun will shrink and cool down into a white dwarf star and later a dead cinder of itself. Earth will become a barren, frozen, and dark place and may one day drift off into interstellar space, no longer held in place by the remnant mass of the Sun. Hopefully long before our Sun comes to the end of its life, our very distant descendants will have left Earth and the Solar System to start new lives in other parts of the galaxy.