Like astrobiology, SETI is a multi-disciplinary effort, one that pulls together our knowledge and speculation about everything from life’s origins to the development of planetary systems and the evolution of civilizations. It’s remarkable to remember that it was only fifty years ago that Frank Drake launched the enterprise by scanning a 400 kHz window for interstellar radio transmissions. Epsilon Eridani and Tau Ceti, his target stars, gave us no evidence of extraterrestrial life, but we’re continuing to refine the tools for detection.

The Allen Telescope Array is just one example of the radio telescope equipment being brought to bear. The Low Frequency Array (LOFAR) and the Square Kilometer Array (SKA) will offer new SETI options in a wide range of wavelengths. SKA will cover 70 MHz to 10 GHz, later extending up to 30 GHz, while LOFAR will survey the skies from 10 to 240 MHz. LOFAR is currently being built and will be the most sensitive radio observatory in the world until SKA comes online by 2017, with full operation by 2022. 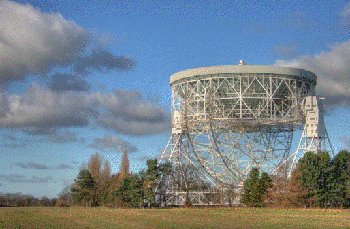 So where does SETI stand at this juncture as we wait for the next generation of radio telescope equipment? That will be the subject of the Second IAA Symposium on Searching for Life Signatures, to be held from 6-8 October 2010 at the Kavli Royal Society International Centre (Chicheley Hall, Buckinghamshire, UK), which occurs immediately after a Royal Society meeting titled Towards a Scientific and Societal Agenda on Extra-Terrestrial Life, to be held at the same venue.

Anyone with a window for European travel this fall should consider the possibilities. The International Astronautical Congress takes place in Prague from 27 September to 1 October. Straight on to London (Chicheley Hall, a Georgian house surrounded by 75 acres of gardens and grounds, is 88 kilometers from the city) and you can attend both SETI sessions, staying either at Chicheley Hall itself or at a nearby hotel, but note that the earlier Royal Society meeting requires separate registration to reserve a place. In addition to the meetings, participants at the IAA session will have the chance to spend a day at the Jodrell Bank Observatory.

If you’re interested in participating, papers for the IAA Symposium are solicited on life and its evolution, exoplanetary science, habitability and life signatures, active and passive SETI, and the technological and societal aspects of finding extraterrestrial life and establishing contact. The Scientific Programme Committee, co-chaired by John Zarnecki, Martin Dominik, Claudio Maccone and Jean-Michel Contant, invites abstracts no longer than 400 words, to be sent by email to IAAsearchforlife@gmail.com. The deadline for receipt is 15 June, 2010.