What on Earth — or off it — could inspire a physicist with the credentials of Caltech’s Kip Thorne to say “I’ve never before coauthored a paper where essentially everything is new. But that’s the case here.” Yet if Thorne couldn’t say that about some of his earlier work with wormholes (!), he feels safe in saying it about the new tools for visualizing warped space and time that are discussed in a paper he and his colleagues have just published. Imagine space and time undulating in hitherto unfathomable patterns as objects like black holes run into each other.

How do we visualize such effects in a credible way? The new tools help us do just that. They are the result of powerful computer simulations that bring to visual life the complex equations of black hole mergers and other extreme events, and they should help us with problems like this one: Manuela Campanelli (University of Texas in Brownsville) and team used simulations a few years ago to show that colliding black holes produce a direct burst of gravitational waves. The result is that the black hole itself seems to recoil, with a force strong enough that the newly merged object can be thrown entirely out of its own galaxy. When this work was done in 2007, nobody could explain how a directional burst of gravitational waves could be produced. 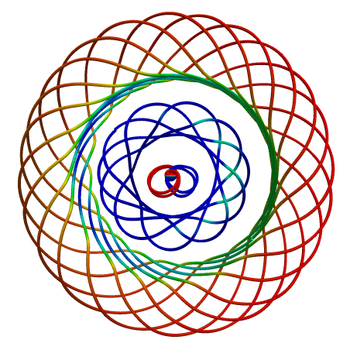 Thorne’s team can now produce an explanation by working with spacetime analogues to the electric and magnetic field lines that describe those two forces. A tendex line describes the stretching force that warped spacetime exerts, while a vortex line describes the twisting of space. Run enough tendex lines together and you create a region — a tendex — of strong stretching. Merge a bundle of vortex lines and the result is a whirling region of space — a vortex.

Let me quote the Caltech news release on the result:

The computer tools now show how these distortions of spacetime are produced, and can explain things as complex as the black hole collisions and ejection discussed by Campanelli. So what does account for that gravitational kick experienced by the merged black hole at galactic center? The unidirectional force comes from gravitational waves from spiraling vortexes added together with waves from spiraling tendexes, while on the other side, the vortex and tendex waves are canceled out. The newly merged black hole experiences a recoil. The new conceptual tools are useful not just for a black hole scenario, but a wide range of possibilities:

“Though we’ve developed these tools for black-hole collisions, they can be applied wherever space-time is warped,” says Dr. Geoffrey Lovelace, a member of the team from Cornell. “For instance, I expect that people will apply vortex and tendex lines to cosmology, to black holes ripping stars apart, and to the singularities that live inside black holes. They’ll become standard tools throughout general relativity.”

Various black hole merger situations suggest themselves, including two spinning black holes colliding head on or spiraling toward each other before the merger. Each of these scenarios can be explained through the use of tendexes and vortices, but it’s also important to note that in either case, outward-moving vortexes and tendexes become gravitational waves. Usefully, that’s just the kind of waves that the Laser Interferometer Gravitational Wave Observatory (LIGO) has been created to detect. LIGO, which began its search in 2002, looks for gravitational wave emissions from collisions of neutron stars or black holes as well as supernovae. Tendexes and vortexes may help researchers predict the waveforms LIGO is looking for.