“The Defense Advanced Research Projects Agency (DARPA) has initiated a study to inspire the first steps in the next era of space exploration—a journey between the stars.” So reads the Request for Information document (RFI) that DARPA released recently, seeking ideas for organization, business model and approach for a self-sustaining investment vehicle to study these matters. Note that word ‘study,’ because what DARPA talks about in its recent RFI is this: “The 100 Year StarshipTM Study is a project seeded by DARPA to develop a viable and sustainable model for persistent, long-term, private-sector investment into the myriad of disciplines needed to make long-distance space travel practicable and feasible.”

We’ve talked about the 100 Year Starship study before, particularly in Marc Millis’ article on his participation at the first meeting held to discuss the idea. Now Millis, former head of NASA’s Breakthrough Propulsion Physics project and founding architect of the Tau Zero Foundation, is releasing his response to the RFI. In coming days, we’ll look at responses from the Project Icarus team as well, in an attempt to fill you in on where things stand. Look for the Call for Papers for an upcoming conference on the 100 Year Starship study as part of this coverage. 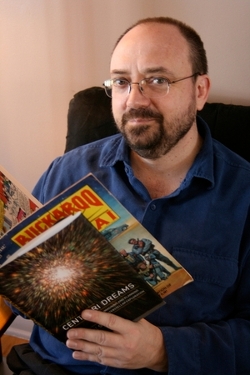 Organizations that can sustain progress for more than a century already exist (universities), but the goal to create starships introduces further challenges. Since acquiring funds, managing endowments, making nominal progress, and longevity are already possible, this submission concentrates on the following less obvious organizational challenges for making the game- changing advances and world-scale investments necessary for star flight:

Lessons from different types of organizations:

NASA’s charter makes it the expected organization to create starships, but NASA (and its supporting aerospace community) have evolved per typical patterns to become short-sighted and constrained to their founding legacy. This offers lessons about stagnation and self-absorption.

Educational institutions continue to advance knowledge applicable to interstellar missions, but they do not have the organizational capacity to align and apply all those individual elements to build starships, or the international authority to launch interstellar missions. They also often lack the ability to investigate revolutionary ideas since such ideas pose risk to their reputations. Their revenues include tuitions, licensing of innovations, and huge donations from successful, loyal alumni. Their intellectual resources include a continual flow of young students with fresh ideas, moderated by seasoned professionals.

Professional and public societies, such as the British Interplanetary Society (78 yrs old), provide venues for vetting and advancing new, unconventional ideas, but they lack the infrastructure, coherency, and resources to launch ambitious missions.

Corporations build devices that apply the knowledge gained from universities and societies, but need huge investments to build huge devices (starships) – commitments on the scale of governments. A pitfall of corporations is that they typically follow a pattern of emergence, achievement, and eventual obsolescence. The do not inherently have the longevity to pursue a cause, but rather are optimum for introducing new products.

Governments have the authority and resources to bring such notions to fruition, but are typically mired in internal bickering on near-term crises that preclude applying resources consistently to solve the long-range and difficult-to-comprehend ambitions… until those become a crisis.

And finally, although religious organizations have been used as models for longevity, their product (a belief system) is far easier to produce than scientific discoveries and functional space hardware. Additionally, given competing belief systems (plus righteousness), religions can evoke prejudice and conflicts that can impede the kind of world-scale collaborations needed for interstellar flight.

Scattered amongst all these venues are the elements for discovering methods for, and eventually launching, interstellar missions. Seeking the one best organizational structure to bring this to fruition will be a subjective exercise at best. There is no way to determine, rigorously and impartially, which methods will guarantee success. And if history is any indicator, any structure implemented today will have to adapt to unforeseeable constraints and opportunities. The notion of one, lasting organizational model might not be possible.

Instead, consider this recurring theme in history regarding achieving what was once impossible:

While this pattern is not the only way that such things happen, this pattern happens often enough to suggest this strategy:

Find today’s pioneers, support them to accelerate their progress, and then filter out the best prospects. Once sufficiently viable approaches emerge – invest to bring those approaches to fruition.

When it comes to interstellar flight, none of the technical approaches that exist today are fully viable. At least 3 different estimates peg human readiness for an interstellar mission to be roughly 2-centuries away. This topic is still at the stage of finding pioneers and seeing what develops. It is no coincidence that new volunteer societies are emerging, such as the “Tau Zero Foundation,” “Peregrinus Interstellar,” “Project Icarus,” “Life Boat Foundation,” and others that are looking toward pioneering work to solve the challenges related to interstellar flight. This is a natural progression, unfolding today.

Similarly to how DARPA and NASA-Ames are looking outside of NASA to solve these challenges, so too did this author. After leading NASA’s “Breakthrough Propulsion Physics” project that addressed revolutionary ideas to solve the propulsion challenges of interstellar flight, this author realized that NASA was no longer the place for such aspirations. In 2010, an early retirement from NASA allowed full time to be devoted to the “Tau Zero Foundation” – an international network of roughly 40 accomplished researchers and journalists who pursue interstellar flight to provoke longer-range and higher-payoff progress. The foundation’s work is published in various journals and then conveyed to the public via the ‘Centauri Dreams’ news forum .

The organizational structure of Tau Zero was designed to take advantage of these historic patterns and avoid the recurring pitfalls. This includes methods to recognize and pursue disruptive, game-changing advances. It also includes methods to find the productive middle ground between wishful thinking and pedantic disdain. And as a result, Tau Zero’s practitioners are making progress. In 2010 they produced 2 books, 13 journal articles (or book chapters), 22 conference presentations, 22 media articles, plus 5 articles-per-week from the Centauri Dreams new forum. These numbers include the continuing progress of “Project Icarus” (design study for a fusion-based interstellar probe) and a few other ongoing projects.

By itself, Tau Zero does not answer all the challenges sought by the 100-yr starship organization. It is still missing a concerted revenue generation scheme, does not have all of the needed topic pioneers, and has no plans to actually launch missions. The presumption is that much research remains before mission implementation is ready to be addressed.

In this short submission, these methods can not be explained in detail, but several details have been published. For this first solicitation from the 100-year starship organization, it is hoped that introducing these issues and methods, along with this bibliography, will provide valuable guidance.