Marc Millis, Tau Zero’s founding architect, drawing on his experience with NASA’s Breakthrough Propulsion Physics project and the years of research since, offers us some ideas about impartiality and how scientists can hope to attain it. It’s human nature to want our particular theories to succeed, but when they collide with reality, the lessons learned can open up interesting alternatives, as Marc explains in relation to interstellar worldships and the possibilities of exotic propulsion. 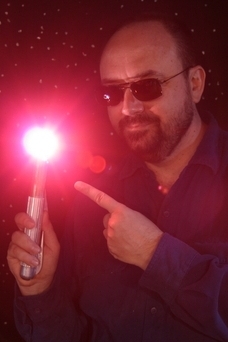 The best researchers I know seem to be able to maintain their impartiality when reaching new conclusions. The more common behavior is that people get an idea stuck in their head and then try and prove themselves correct. I just learned that there is a term for this more common behavior: “Polemical.” Embedded in the word is the notion that controversial argument can turn aggressive, an inevitable result when people are defending what they consider their turf.

I mention this in the context of getting trustworthy results, and then acting on those reliable findings rather than just charging ahead based on unverified preconceived notions. If the overall intent is to make the best decisions for the future – then decisions rooted in reliable findings, rather than expectations, will be more in tune with reality. They will be better decisions.

The topic of interstellar flight affords opportunities for easier objectivity as well as the opposite – pitfalls where one can lose objectivity. Because interstellar flight is almost certainly farther in the future than the next Moon and Mars missions, it is easier to apply impartiality. The huge payoffs of interstellar flight (finding new human homesteads and new life) are far enough away that there is no need to sell a particular pet technology today or skew the results toward near-term promises.

That said, I surprised myself when my own assessments gave results different than my expectations. Case in point – estimating how far in the future the first interstellar missions are, based on energy (energy is the most fundamental currency of motion). Those findings and a refined sequel (to appear soon in the Journal of the British Interplanetary Society) indicate that the first interstellar missions might be 2-centuries away, albeit with huge uncertainty bands.[ref]Millis, Marc. (2010) First Interstellar Missions, Considering Energy and Incessant Obsolescence, JBIS Vol 63 (accepted, pending publication).[/ref] The first Centauri Dreams post on those findings met with ‘energetic’ reaction, where many seemed disappointed that the prospects seemed so far in the future. Before I ran the numbers, I suspected that it would be much sooner too. The first calculations were done around 1996, and those results made me rethink what ‘next-steps’ were really required.

Rather than proceed with my prior notion, I had to stop and rethink things. The data said something unexpected. I knew I had conceived the methods to be impartial and fed the assessments with unbiased data, so the findings would be similarly unbiased. They were what they were. So, should I redo the analysis until I got the answer I wanted, or accept the results for what they were and then re-adjust my expectations? I decided to expose those results to other reviews, to check for errors and such, and then to accept the findings as they were.

Before that point, I thought the next step would be to use more detailed energy assessments to help pick the best interstellar propulsion options, but with two centuries of time to plan ahead, and many options whose numbers were still debatable, I realized that we need to abandon the idea of trying to pick the ONE best interstellar solution. Instead we need to focus on getting reliable data on the wide span of ideas (no salesmanship) – and to investigate the most critical ‘next-steps’ on as many of them as possible.

And this long lead time provides the topic of interstellar flight with the opportunity for more objectivity – the opportunity to take our time to reach sound decisions – to provide more trustworthy progress.

The other result that I was not expecting was that colony ships might be easier to launch than small, fast probes – at least in terms of energy. My prior expectations were that colony ships would need to be so immense and complicated that they would take longer to develop than a fast probe to Alpha Centauri. The energy study showed otherwise. Kinetic energy is linear in mass, and goes as the square of speed. That means if the ship is twice as massive, it requires twice as much energy, but if it goes twice as fast, it requires FOUR times the energy. Colony ships do not need to go fast. They only need to drift, carrying a segment of humanity. Up to that point, I thought colony ships would be a sequel, not a prequel to small, ultra-fast probes. Sometimes you just have to run the numbers.

Then it occurred to me, while I was drafting my first TEDx talk, that the notion of such slower interstellar world ships also provides a more impartial venue to discuss critical human survival questions. Colony ships allow us to consider these questions with NO dependence on conventions or biases. If designing a society from scratch, one is free to start anew to fit the facts as they are discovered. On Earth, however, when dealing with questions of population size, environmental stability, amount of territory per person, and governance model, the debates are typically won by cultural edict (e.g. no birth control) or warfare (quest for territory or power). So, after all that, I realized that colony ships merited far more attention than I originally gave them, and hence, we will need to track down suitable pioneers to cover those issues too as part of Tau Zero.

When it comes to one of my pet topics – propulsion physics and the quest for space drives – I ran into another facet of impartiality. I found that many physicists do not like to work on problems with potential applications since the application ‘taints the purity’ of the research. Instead they want to be driven by curiosity alone. In other words, they do not want to be biased. In the quest for propulsion physics, where I really hope a space drive method can be found, I have an ingoing bias. I want the results to turn out a certain way. This creates a conflict of interest in how I might view – or skew – the results. To make genuine discoveries, however, I must discipline myself to avoid imposing such biases. Although I can let my wishful musings help me pose the key questions, to get real progress I must also let the findings – unbiased findings – answer those questions. I must accept the results as they unfold.

Take the case of black holes in contrast to traversable wormholes or even warp drives. Studying black holes has revealed insights about spacetime warping, presumably without bias since no desired result is sought. But if one studies the very same physics in the context of faster-than-light wormholes or warp drives, one might get biased results because of wanting such devices to be feasible. Fortunately, much research published on these topics has maintained the rigor to avoid the taint of such biases. Insights into spacetime physics are also being learned by pondering warp drives and wormholes. These questions are even presented as homework problems in textbooks (e.g. Hartle (2003) Gravity: An Introduction to Einstein’s General Relativity).

The irony is that even the curiosity-driven research has implicit biases – that natural sense of ownership that a person has for their research ideas. There is an urge – even in this case – to have the findings prove the author’s pre-conceived point. This is just a human norm. High-quality physicists can discipline themselves to separate out this bias. In contrast, I’ve also seen physicists discuss their ideas with the same possessiveness as kids with toys on a playground. Regardless of our motivation in searching for new knowledge, we must maintain vigilance to avoid imposing our own biases on the findings, even the implicit bias of self.

Next post: Genesis: Extraordinary Analysis of the Solar Wind