Back in the days when I was studying Old Icelandic (this was a long time ago, well before Centauri Dreams), I took a bus out of Reykjavik for the short journey to Þingvellir, where the Icelandic parliament was established in the 10th Century. It was an unusually sunny day but that afternoon the storms rolled in, and just before sunset I remember looking out from the small hotel where I was staying to a rainbow that had formed over the lava-ridden landscape. It inevitably brought to mind Bifröst, the multi-colored bridge that in Norse mythology connected our world with Asgard, where the gods lived. The idea may have been inspired by the Milky Way.

In the world of rocketry, a new Bifröst has emerged, one designed to link the nuclear rocket technologies that were brought to a high level of development in the NERVA program with our present-day propulsion needs. For despite a serious interest that resulted in a total of $1.4 billion in research and the testing of a nuclear engine, NERVA (Nuclear Engine for Rocket Vehicle Application) was cancelled at the end of 1972. The work that went into the concept dated back to studies at Los Alamos starting in 1952 and extended through the 1950s with Project Rover. 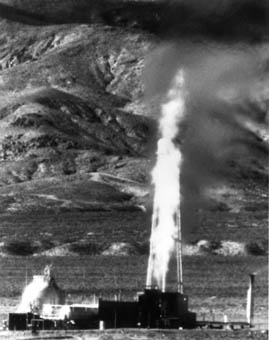 The design in question is a nuclear thermal rocket (NTR), which uses nuclear fission instead of chemical combustion to heat a hydrogen propellant, making for both high exhaust velocity and high thrust. As Tabitha Smith notes in an article on Project Bifrost, Rover/NERVA technologies were once regarded as a natural follow-on to the Apollo missions, cited by President Kennedy in the same speech in which he challenged the United States to land a man on the Moon and bring him home by the end of the decade. In fact, some believed NERVA could get us to Mars before 1980. Its advantages were clear: If used as an upper stage for the Saturn rocket (Saturn S-N), the nuclear technology would have allowed payloads as large as 340,000 pounds to reach low Earth orbit, up from the 280,000 pounds that the all-chemical Saturn V could achieve.

Anti-nuclear sentiment was part of NERVA’s downfall, but so too was the post-Apollo retreat from space and the expenditures it involved. It was probably NERVA’s link with a possible Mars mission that caused many politicians to put on the brakes, unwilling to see NASA commit itself to an even more intractable and expensive goal than the original Moon missions. Whatever the case, nuclear propulsion has been in the doldrums ever since, which is why Project Bifrost has sprung into existence. The abovementioned Tabitha Smith is research lead for Bifrost as well as being chief strategic officer for Washington DC-based General Propulsion Sciences. Along with colleague Brad Appel at GPS, Smith initiated the project in collaboration with Icarus Interstellar.

Appel sees nuclear technologies as a major step toward next-generation space travel, drivers for the manned mission to Mars we have been anticipating since the dawn of the space era and the concept studies of Wernher von Braun. Smith quotes Appel on the advantages of a nuclear thermal rocket:

“…imagine you are planning a road trip from New York to Los Angeles and back. Except, there are no gas stations along the way — you need to pack all of the fuel along with you. Using a chemical rocket to send humans to Mars would be like making the road trip in a cement truck. You might barely make it, but it would be one enormous, inefficient, and expensive voyage. Using an NTR, however, would be more akin to taking a Prius. It’ll make it there comfortably, and it can go a lot further too.”

Project Bifrost makes sense, given that while commercial space companies like SpaceX are moving to become cargo carriers to LEO, there is little work within the US government to further develop concepts like NERVA. Smith was recently in Moscow to pursue the idea of international collaboration in nuclear thermal rocketry, invited there as part of President Dmitry Medvedev’s initiatives to spur entrepreneurship and international collaborations in Russia. Whether or not the journey bears fruit, General Propulsion Sciences and Icarus Interstellar intend to bring NTR technologies up to date. A nuclear alternative to chemical methods would spur renewed interest in a Mars mission once thought to be all but inevitable before the end of the 20th Century.