Closing in on Alpha Centauri

Alpha Centauri is irresistible, a bright beacon in the southern skies that captures the imagination because it is our closest interstellar target. If we learn there are no planets in the habitable zones around Centauri A and B, we then have to look further afield, where the next candidate is Barnard’s Star, at 5.9 light years. Centauri A and B are far enough at 4.3 light years — that next stretch adds a full 1.6 light years, and takes us to a red dwarf that may or may not have planets. Still further out are Tau Ceti (11.88 light years) with its problematic cometary cloud, and Epsilon Eridani (10.48 light years), a young system though one thought to have at least one planet.

A warm and cozy planet around the K-class Centauri B would be just the ticket, and the planet hunt continues. One thing we’ve learned in the past decade is that neither Centauri A or B is orbited by a gas giant — planets of this size should have shown up in the data by now. We’ve also learned that stable orbits reach out maybe 2 AU from either star. Remember that while Centauri A and B are separated by almost 40 AU at their widest point, they close to within 11 AU, thus disrupting outer orbits, as demonstrated by computer simulations. We should expect planets, if they exist, to be no further out than the main asteroid belt in our own system.

Debra Fischer (Yale University) has been working on the Alpha Centauri problem at Cerro Tololo (Chile) in addition to her efforts at improving instrument sensitivity for planet hunting at the Keck and Lick observatories. The goal is to reach the precision needed to turn up planets the size of the Earth with radial velocity methods. If we’re going to get a Centauri detection, odds are it favors Centauri B because A does not seem to be as stable as B, and the latter is more likely to be the first to yield what Fischer calls the ‘tiny whisper’ that would flag an Earth-like world. Usefully, the 79 degree orbital plane of these stars means that planets in this system, assuming they share this tilt, should be generating a reflex velocity close to the line of sight from the Earth. 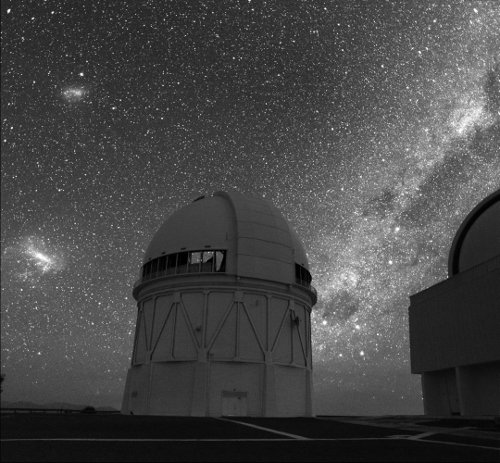 Radial velocity methods, in other words, should work here if we can attain sufficient sensitivity. The detection effort calls for telescope time at the Cerro Tololo Inter-American Observatory this spring and summer, and The Planetary Society is campaigning to raise money to support the effort. What Fischer needs is 20 nights of observing time, but the team’s NASA and NSF grants cannot be used to pay for telescope time, which at Cerro Tololo runs to $1650 per night. A total of $33,000 will do it, then, money the community should be able to raise. Have a look at the Planetary Society’s donation page and let’s see if we can’t make this happen.

Anyone involved with The Planetary Society is probably already aware of Fischer’s work with astronomer and Tau Zero practitioner Geoff Marcy (UC-Berkeley) on FINDS Exo-Earths (Fiber-optic Improved Next generation Doppler Search for Exo-Earths). The collaboration has resulted in a high-end optical system installed on the 3-meter Lick Observatory telescope and is now feeding the FINDS 2 effort to provide advanced optics for the Keck Observatory in Hawaii. Marcy and Fischer are working with a fiber optics array that adjusts light entering the telescope’s spectrometer and an adaptive optics system that offers the best signal to noise ratio.

FINDS worked out well at the Lick Observatory, improving the ability to detect Doppler velocities from the pre-existing 5 meters per second down to the 1 meter per second range, allowing us to detect smaller planets. Fischer and Marcy are hopeful of attaining precisions down to 0.5 meters per second with their work at Keck, which should get us into the range of Earth-sized planets. FINDS 2 will then be used with Keck to provide follow-up data about planets found by the Kepler mission, ruling out false positives in the ongoing hunt for planets like our own. The work on FINDS has led directly into the commissioning of a new spectrometer at Cerro-Tololo.

The Cerro-Tololo instrument is now tuned up and perfectly positioned for the study of Centauri A and B. The system is a valuable target whether or not we find a habitable world (or even two) there. We don’t know whether a rocky world around Centauri A or B would have oceans, because the mechanisms for delivering water to inner planets in a binary system are unknown. What Alpha Centauri provides on our doorstep is a look at planet formation in a close binary system — recall that as many as half of all stars are in binary pairs, so these are questions with a profound relevance to our understanding of the galactic distribution of planets.

What we find around Alpha Centauri may also drive future space research. We’re gaining good information about the statistical spread of planets in the galaxy through the Kepler mission, but the logical follow-on is a mission to investigate the closest stars to learn whether habitable planets are to be found within 100 light years or less, and ultimately to gather spectroscopic data about their atmospheres. The discovery of an interesting world 4.3 light years away would encourage these plans and, in the long term, energize the idea of interstellar probes. But the near term is now, and we may have results on Centauri A and B in short order. Please join in the effort to fund Debra Fischer and team as the Alpha Centauri hunt continues.