﻿If you were offered a chance to make an interstellar journey, would you take it? How about a garden-variety trip to low-Earth orbit? I’m often asked questions like this when I make presentations to the public, and I have no hesitation in saying no. Though I’m no longer doing any flight instructing, I used to love flying airplanes, but getting into a rocket and being propelled anywhere is not for me. To each his own: I’m fascinated with deep space and hope many humans go there, and you can count on me to write about their missions and robotic ones as well while keeping my office right here on Earth. 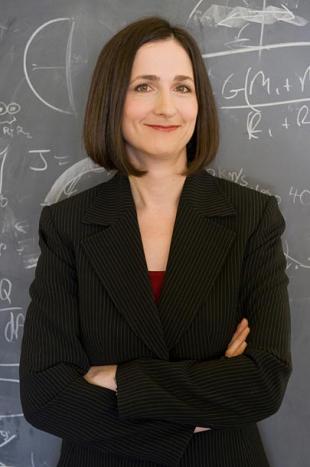 The point is, the percentage of people who actually go out and take the incredible journeys and fly the dangerous missions is vanishingly low. But throughout history, there have always been a few intrepid souls who were willing to get into the canoes or the caravels or the biplanes and open up new territories and technologies. Thank God we have the Neil Armstrongs and Sergei Krikalyovs of this world. And somewhere in England there are the relatives of some young 18th Century adventurer who signed up as a cabin boy and wound up living out his life in Australia. People like this drive the species forward and put into action the yearning for exploration I suspect we all share.

I’ve told this story before, but in the past few weeks a high percentage of the people coming to this site are coming for the first time, so I’ll tell it again. Robert Forward was the scientist who more than any other argued that we study methods for reaching the stars, saying that it could be done without violating the laws of physics and would therefore one day occur. Forward’s son Bob told me what happened one night at dinner when he asked his father whether he would get on a starship if it landed nearby and he was asked to go out and explore the universe, with the proviso that he could never come back. Forward’s response was instantaneous: “Of course!”

To which his wife Martha could only reply: “What about us? You mean you would just leave your family and disappear into the universe?” That made Forward pensive for only a moment as he replied, “You have to understand. This is what I have dreamed about all my life.”

MIT’s Sara Seager always manages to work the personal participation question into her talks on exoplanets. She pushes the audience this way and that and it always turns out that there are some people who would go no matter what. Here’s what she told The Atlantic’s Ross Andersen in a recent story, after describing how nuclear pulse propulsion or some kind of sail might conceivably get a spacecraft up to ten percent of lightspeed, which makes for a four-decade journey to the nearest stars:

“…I explain the hazards of living on a spacecraft for 40 years, the fact that life could be extremely tedious, and could possibly even include some kind of induced hibernation. But then I always ask if anyone in the audience would volunteer for a 40+ year journey, and every single time I get a show of hands. And then I say, “Oh I forgot to mention, it’s a one way trip,” and even then I get the same show of hands. This tells me that our drive to explore is so great that if and when engineers succeed at traveling at least 10 percent of the speed of light, there will be people willing to make the journey. It’s just a matter of time.”

I don’t doubt that Seager is right. What she might have gone on to say, if she really wanted to push the point, is that at ten percent of the speed of light, the Alpha Centauri mission that reaches its destination in 43 years is clearly a flyby. Spend more than four decades in transit and then whisk through the target system in less than a day. Would the hands still come up? My guess is that a few still would. A few would probably come up in answer to the question: “Would you go to Alpha Centauri if the only planet in the system turned out to be heat-blasted Centauri B b?” Explorers do this kind of thing — Percy Fawcett didn’t push into the Mato Grosso because he thought it was a clement place to be, nor did Robert Falcon Scott think highly of Antarctic weather.

Seager mentions what Marc Millis always calls the ‘incessant obsolescence’ problem, namely that sending one probe may simply result in its being passed enroute by another probe built later with faster technology. You can keep working that scenario until your head spins (go re-read A. E. van Vogt’s ‘Far Centaurus’ for just one science fictional take on the issue), but waiting for technology to improve gets you nowhere. At some point, you have to launch something, because we learn both through our successes and our failures, and waiting for things to happen can result in stagnation. Pushing the envelope with our crew of hand-raisers is what makes for progress.

Andersen is always a good interviewer, and he homes in on a key issue with regard to interstellar technologies. How do we develop them? Specifically, we would like to wed improved space science to the industries that can benefit from what a space infrastructure can produce, but what kind of industry would benefit from the technologies that can get us to the stars? Noting her belief that the first interstellar missions will be robotic probes, Seager responds:

Right now, I can’t see any connection between capabilities for interstellar travel and industry — at this point, it would purely be for exploration. But we can still benefit if industry decides a low-Earth orbit platform for assembly and launch would be useful. That’s because much of the fuel used for space missions is used to combat Earth’s gravity. If you have a way to assemble these probes in space, you actually have a chance to be more efficient and go faster. It’s conceivable that the private sector would be interested in something like that.

We’re going to be learning a lot more about what the private sector is and isn’t interested in as we experiment with different business models — Planetary Resources comes to mind (Seager serves as an advisor to the company), but ideas for turning a profit in space are hardly limited to asteroid mining. The suspicion here is that we will be unable to get a good read on commercial space interests until we’ve pushed that envelope as well, actually trying mission concepts and business models across a wide front to see what works. But surely Seager is right that low-Earth orbit is a key to the space infrastructure we want to build. Get there, as the saying goes, and you’re halfway to anywhere.