More on the Starship ‘Slingshot’ Maneuver

Although we ordinarily think of Stanislaw Ulam in connection with pulse propulsion — and in particular with the Orion concept, in which nuclear devices are exploded behind the spacecraft — the scientist was also investigating other propulsion ideas. It puts yesterday’s discussion of Freeman Dyson’s ‘gravitational machines’ into context to realize that Ulam was writing about obtaining ‘a velocity arbitrarily large — that is, close to the velocity of light…’ using gravitational slingshots around astronomical objects in papers written as early as the late 1950s. There is, as Greg Matloff and Eugene Mallove remind us in The Starflight Handbook fantastic energy available in the orbital motion of celestial bodies. How best to tap it?

Michael Minovitch was already working at UCLA in the early 1960s on how to use a gravity ‘slingshot’ to affect spacecraft trajectories, thus extending the capacity for exploration. Dyson’s futuristic paper, as we saw yesterday, described gravitational machines involving white dwarfs and, quite presciently for the time, neutron stars back in 1963, just a few years after Ulam’s studies had concluded that gravitational maneuvers were possible but impractical for high velocities. One can easily object to Dyson’s thinking by asking how even an advanced civilization could manipulate neutron stars and, for that matter, how it might use such a transportation system. But Dyson’s thinking was aspirational. He wondered what might be possible for extraterrestrial cultures because this was a way of looking into possible human futures.

Matloff and Mallove quote Dyson on the matter: “There is nothing so big nor so crazy that one out of a million technological societies may not feel itself driven to do, provided it is physically possible.” It’s a thought that quickens speculation. And if we put our minds to it and run it through a science-fictional process of extrapolation, maybe a culture that already has interstellar travel would find it useful to have a kind of automated propulsion system that could routinely fling a payload out at almost 30 percent of the speed of light. Exactly how they might manage it and what their intentions would be will remain a mystery to a culture at our technological level.

A gravitational machine using neutron stars would subject the spacecraft using it to stupendous tidal forces, but a culture that can master neutron star engineering would perhaps find a way around these as well. In any case, in a time when we are thinking about ‘interstellar archaeology’ as a new mode for SETI, double star gravitational accelerators make one more possible artifact, or perhaps I should say, one more astronomical object near which we might look for signs of extraterrestrial engineering. A Kardashev Type II civilization might thus reveal its presence not in the form of a beamed radio or optical signal but rather through the works of its engineers. 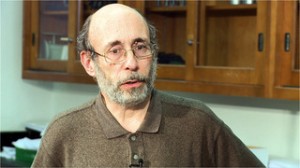 But let’s get back closer to home. Yesterday I mentioned Krafft Ehricke’s own ideas on gravitational maneuvers in the form of a deep-space probe he thought could be accelerated to speeds that would make a mission to the inner Oort Cloud possible in a 50-year time-frame. In a 1983 paper in JBIS, Matloff and Mallove had initially confirmed Ehricke’s figures, assuming a close solar approach (to within 0.01 AU of the Sun’s center, or two solar radii) and factoring in no powered perihelion maneuver. But in a subsequent paper, Matloff went on to revise the numbers, finding what he calls a ‘subtle error’ in the original calculations.

Working with Kelly Parks, Matloff computed the velocities obtainable by a worldship falling toward the Sun and grazing the solar photosphere at 0.005 AU from the Sun’s center, with a 10 km/sec propulsive maneuver applied at perihelion. The result: “The hellish penetration of the solar atmosphere at 600 km/sec would occur in a relatively short but sizzling half-hour period. With the 10 km/sec maneuver, the starship would exit the Solar System with a hyperbolic excess velocity of 110 km/sec…” Doubling the perihelion maneuver to 20 km/sec gets you up to 156 km/sec as you exit. This is the sound of anti-climax, a nice bump up over Voyager-style speeds, but one that still leaves you with an Alpha Centauri crossing that takes close to 8000 years.

We can do better than this with a ‘Sun-diver’ maneuver involving solar sails, but that is a topic for another day. The paper is Matloff and Parks, “Interstellar Gravity Assist Propulsion,” JBIS 41 (November, 1988), pp. 519-526.