ASPW 2012: A Report from Huntsville

Richard Obousy, a familiar face on Centauri Dreams, is president and primary propulsion senior scientist for Icarus Interstellar, whose portfolio includes Project Icarus, the redesign of the Project Daedalus starship. Dr. Obousy is just back from the latest Advanced Space Propulsion Workshop and, as he did for the 2010 ASPW, he now offers his take on the event. Although I missed this ASPW, I’ll be back in Huntsville soon for an upcoming conference, and I heartily second what Richard has to say about that Saturn V at the US Space and Rocket Center. It’s not to be missed.

The 2012 Advanced Space Propulsion Workshop (ASPW) was held over three days at the US Space and Rocket Center in Huntsville, Alabama running from Tuesday 27th November to Thursday 29th November. The conference was sponsored by the Game Changing Development Program under NASA’s Space Technology Program and the Office of the Chief Technologist at NASA Marshall Space Flight Center.

This was the 19th cycle of the workshop, with the first workshop convening in 1990. Owing mainly to NASA budget cuts, the conference ceased being annual after the 16th workshop in April 2005. 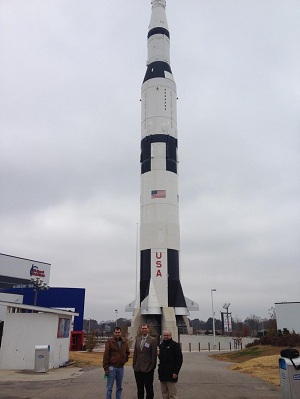 Icarus Interstellar had seven team members in attendance including myself and Directors Robert Freeland, Andreas Tziolas and Bill Cress, also researchers Tabitha Smith (Bifrost), Milos Stanic (Project Icarus) and Rob Adams (Project Icarus). Being a ‘virtual’ team we rarely have the chance to see each other face to face, so it was fantastic to have the opportunity to all meet up in the same room. In addition to attending the workshop, the Icarus Interstellar team also held private meetings where we were able to discuss a number of organizational and project matters. 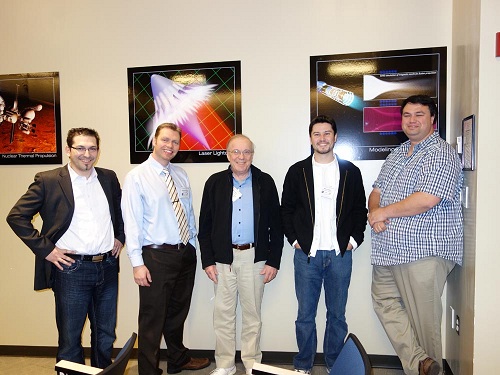 While the presentations are typically the foci of workshops like this, the networking value of the conference cannot be understated. We had the opportunity to expose our team and our mission to some of the most adept propulsion scientists in the country and solicit feedback and make new friends. I had the privilege of attending the 2010 ASPW, and back then I found that few had heard of Icarus Interstellar. However this year our work was well known, and we even noted several citations to our work from other conference presenters. For me, the fact that our hard (and volunteer) work is getting us noticed within this community speaks volumes regarding the dedication and commitment of the team.

There were a number of highlights of the event for me. One was having the pleasure to engage with Professor Friedwardt Winterberg, an American theoretical physicist who was the creative force behind the Daedalus engine. He collaborated with Alan Bond and the Project Daedalus team back in the 1970s to create the “Winterberg Daedalus Class Magnetic Compression Reaction Chamber”, an internal/external hybrid inertial confinement fusion pulsed propulsion design. Although this design is now known to have some fundamental flaws, it was arguably the most visionary interstellar propulsion design in its time. 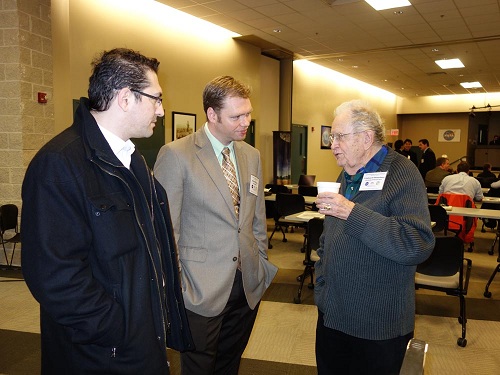 Another highlight for me was a tour of the Marshall Space Flight Center situated in the Army’s Redstone Arsenal base. There I was thrilled to see a Marx generator being prepared for study of plasma instabilities under fusion conditions. The device is able to discharge a 1 TW pulse after charging a large number of capacitor banks.

One final highlight was the US Space and Rocket Center just a short walk from the ASPW workshop. The museum housed one of the three remaining Saturn V rockets on public display and was designated a national historic landmark by the National Park Service in 1987. Seeing the rocket for me is always a bittersweet experience. It’s a reminder of a tremendous era for our space exploration, when Americans came together to undertake one of the most profound missions of exploration in all of history. It’s also a sad reminder that it’s been almost forty years since we last stepped foot on the moon, with no firm plans to return in the foreseeable future. I hope that workshops like ASPW cement the foundations for a brave new era in space exploration, one that I live to see.