Greg Egan, a jewel in Australia’s science fiction crown, writes in his 1997 novel Diaspora about a mind-bending far future scenario for interstellar travel. The human race has split into those still in biological bodies, those embedded in humanoid robots, and those who choose to live as software running on central computers. I won’t get into the rich details of the novel this morning, but suffice it to say that the diaspora portrayed here involves a thousand clones of a future Earth community sent to explore nearby stars. Different digitized copies of the same characters spin out their own story lines over a background that spans hundreds of light years.

This is one way to get to the stars, reminiscent of Robert Freitas’ nanotech probes that house thousands of human intelligences in spacecraft no larger than needles. It’s a reminder that highly advanced future cultures may have means at their disposal for star travel even if we find no way of getting up to more than a small percentage of the speed of light. It’s also a memo to SETI theorists about what we might look for as we ponder the shape of extraterrestrial civilizations. If biological life is gradually replaced in favor of software and AI, what signatures will we find? 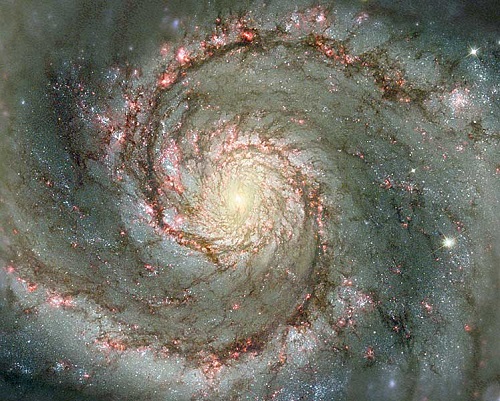 Egan’s work came to mind as I read this Washington Post story about Geoff Marcy’s recent grant from the Templeton Foundation. The grant is one we’ve discussed before (see Finding ET in the Data), and it’s noteworthy that Marcy’s hunt for Dyson spheres is paralleled by grants to Jason Wright (Pennsylvania State) and colleagues Steinn Sigurðsson and Matthew Povich, who will be using data from the Wide-Field Infrared Explorer satellite (WISE), as well as Lucianne Walkowicz (Princeton University), whose team will be looking through Kepler data for unusual light curves that might flag artificial constructions of enormous size.

I’ll naturally track these projects with great interest. But for today, I want to focus on the rest of Marcy’s search. For while Dyson spheres invariably seem to draw the most attention, only a fraction of the $200,000 Templeton grant will be devoted to their discovery. While some of that money will fund the work of a grad student developing code to search the Kepler data for unusual signatures, the rest buys Marcy time at the Keck Observatory at Mauna Kea, where the game shifts to optical SETI as Marcy tries to spot the laser signaling of an interstellar network.

Like Robert Freitas, Timothy Ferris has speculated about self-reproducing probes that could be sent in small packages to neighboring star systems. Here the idea is that the probe mines local resources, perhaps in an asteroid belt around the target star, and builds an observatory that can send information back to Earth. Over the course of time, the probe reproduces and sends a clone of itself still further out. Ferris’ own thoughts on this go back for more than three decades — see his 1992 title The Mind’s Sky: Human Intelligence in a Cosmic Context for more — and include the emergence of a potentially galaxy-spanning network. The probes become communications stations that constantly monitor other such stations, transmitting and receiving data. Each station becomes a library as galactic information is stored and forwarded:

The interstellar network functions independently of any one world. It has a master program, akin to a set of genetic instructions, originally composed by intelligent biological beings or by another computer. This program gives it its charter — to handle traffic efficiently, to store and organize a copy of everything it conveys… to keep expanding the network as the traffic requires, to search for new communicative worlds, and to keep querying worlds that have gone off line to see whether someone may still be there. How, exactly, it goes about doing these things is its own affair; once set in motion the network has a life of its own.

A galactic network begins with the realization that sending short, conversational messages to other systems is not the way to proceed. Instead, messages will be long and content-laden simply because of the amount of time it takes to communicate. We don’t know how long civilizations last, but Ferris notes that even if a culture managed to stay in communications mode for ten million years, that would still represent no more than one tenth of one percent of the age of the galaxy. And that would mean that only one in 1000 of all civilizations that have inhabited the Milky Way is still in existence, formidable odds for those who want to communicate with distant cultures.

Although Ferris has been thinking about interstellar networking since 1975, the emergence of the Internet spurred the notion of what he calls a ‘galactic central nervous system.’ Node connects to node and, potentially, to the nodes of other discovered civilizations, with an efficient network flow that means knowledge of other cultures spreads gradually and without the need for point-to-point contact between each of the discovered civilizations. Each node keeps and distributes the data it collects. In a 1999 essay called “Interstellar Spaceflight: Can We Travel to Other Stars?” Ferris mused on the consequences of such a network for what we see around us:

If there were any truth in this fancy, what would our galaxy look like? Well, we would find that interstellar voyages by starships of the Enterprise class would be rare, because most intelligent beings would prefer to explore the galaxy and to plumb its long history through the more efficient method of cruising the Net. When interstellar travel did occur, it would usually take the form of small, inconspicuous probes, designed to expand the network, quietly conduct research and seed infertile planets. Radio traffic on the Net would be difficult for technologically emerging worlds to intercept, because nearly all of it would be locked into high-bandwidth, pencil-thin beams linking established planets with automated nodes. Our hopes for SETI would rest principally on the extent to which the Net bothers to maintain omnidirectional broadcast antennae, which are economically draining but could from time to time bring in a fresh, naive species – perhaps even one way out here beyond the Milky Way’s Sagittarius Arm. The galaxy would look quiet and serene, although in fact it would be alive with thought.

In short, it would look just as it does.

Can such a network, one that maintains ‘omnidirectional broadcast antennae,’ survive the analysis of work like Jim and Greg Benford’s on economically viable beacons? A more likely scenario seems to be what Marcy is suggesting, that what we might detect is an errant beam rather than a targeted, beacon-like signal. It’s good to have the hunt proceeding for just such an event (and we can’t rule out the possibility that the famous Ohio State WOW! reception was itself an errant signal at radio frequencies). It’s also good to remember that where our own culture may be most visible to any outside civilization is in the occasional, non-repeating sweeps of our planetary radars, engaged in the effort of studying the heavens for potentially dangerous objects.

We’re a long way from building a Ferris-style network ourselves, but it’s worth pondering what the planet might look like when we do get to these levels of technology. And if someone else has built one? Maintaining a watchful attitude at the most likely parts of the electromagnetic spectrum is good practice, and the emerging methods of transit study and data mining for unusual signatures — from the galaxy level down to individual stars — will set new directions for the overall SETI effort.