To broadcast or not to broadcast? The debate over sending intentional signals to other stars continues to simmer even as various messages are sent, with no international policy in place to govern them. Writer Nick Nielsen looks at METI afresh today, placing it in the context of existential risk and pondering the implications of what David Brin has dubbed the ‘Great Silence.’ If risk aversion is our primary goal, do we open ourselves to a future of permanent stagnation? Or is announcing ourselves to the universe something we have any real control over, given the ability of an advanced civilization to detect our presence whether we send messages or not? Mr. Nielsen, a contributing analyst with online strategic consulting firm Wikistrat, wonders whether our counterparts around other stars aren’t wrestling with the same issues. 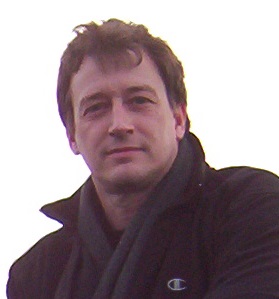 At the Icarus Interstellar Starship Congress in Dallas last August I had the good fortune to be present for James Benford’s talk about METI, “Shouting to the Galaxy: The METI Debate.” METI is an acronym for messaging extraterrestrial intelligence, which is to say the active propagation of EM (electro-magnetic) spectrum communications from Earth to extraterrestrial targets, in contradistinction to SETI, which is the search for extraterrestrial intelligence, which does not seek to send messages from Earth but instead only listens for EM spectrum signals from the stars.

Are technological civilizations floating in the cosmos like submarines floating in the sea? Is the lesson of what Paul Davies calls the “eerie silence” and David Brin has called the “Great Silence” that there is a reason to maintain a low profile and to listen only? Is the universe such a dangerous place that it behooves us to maintain radio silence? This was discussed in Benford’s presentation. Benford outlined the arguments made by both those for and against METI. Primarily these arguments came down to the advocates of unregulated METI maintaining that interstellar travel is impossible (therefore making METI safe), while opponents of METI maintain that the “leakage” of the ordinary (unintentional) EM radiation of a technological civilization cannot be detected at interstellar distances, though intentional METI signals could well be heard (meaning we are safe for the time being, but METI would raise our risk profile). 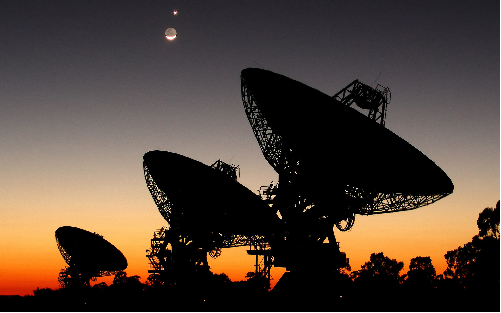 Why would an ETI be looking in our direction in the vastness of the cosmos? In so far as Earth occupies the very interesting position in the cosmos of being a small, rocky planet in the habitable zone of a main sequence star, geologically active, with a large moon, and with a large Jovian planet in the outer solar system to clear away the orbit of the inner solar system of potentially damaging debris, the earth does in fact occupy a privileged position in the universe—though, interestingly, not privileged in virtue of the structure of the universe (such as occupying the center of the universe), but rather in virtue of a contingent confluence of circumstances conducive to life.

Benford has elsewhere detailed the considerable expenses that would be entailed by any large SETI or METI effort with a realistic ability to communicate over interstellar distances. (Benford has written a series of papers on the cost of interstellar messaging beacons, which are referenced below.) I am not convinced by arguments that the cost of interstellar beacons would be too high to be practicable. Estimating the costs of mega-engineering projects incorporates a range of assumptions intrinsic to economies of scarcity; once any technology-capable species transcends its homeworld and becomes a spacefaring civilization (i.e., once it has extraterrestrialized its civilization) energy and material limitations will cease to be relevant for all practical purposes.

With all the materials of a solar system, the continuous energy output of a star, and robots to do the building, a radio telescope capable of detecting unintentional EM spectrum leakage from a technological civilization light years distant might be no burden at all. Such a project is not far beyond our present technological capacity. For this reason I believe it would be relatively easy for an advanced ETI of a peer civilization to build a custom antenna for nothing other than the possibility of detecting our EM leakage, since they would have already identified Earth as a promising target for SETI and perhaps also METI.

In the question and answer session following Benford’s talk a new wrinkle in all this appeared. My co-presenter from Day 2 of the Starship Congress, Heath Rezabek, suggested that anyone opposed to unregulated METI could broadcast a counter-signal to a METI signal and essentially silence that signal. Subsequent to the Congress, this idea came to be called the “Rezabek maneuver,” and was further elaborated by Heath Rezabek, Pat Galea, and James Benford, who suggested several strategies for the masking of a METI transmission. Harold “Sonny” White, known for his research into the physics of superluminary interstellar travel suggested, “Sounds like we need to add another factor to the Drake equation: Rezabek Ratio — defined as the ratio of civilizations that mask their presence using the Rezabek maneuver to the open civilizations that leave the light on…”

The possibility of a METI counter-signal is an idea that can be scaled up beyond the scope of a single planet, so that it is possible that the Great Silence is not something natural, but could be imposed or generated. One metaphor that has been used to explain the eerie or great silence is that no one shouts in a jungle. This is plausible. If the universe is a dangerous place filled with predators, you don’t want to call attention to yourself. But it is just as plausible that everyone is “shushed” in a library as that everyone keeps quiet in a jungle.

This conclusion is quite similar in some respects to the conclusion in the last paragraph of David Brin’s classic paper (“The ‘Great Silence’: the Controversy Concerning Extraterrestrial Intelligent Life,” Quarterly Journal of the Royal Astronomical Society, Vol. 24, NO.3, P.283-309, 1983):

“It might turn out that the Great Silence is like that of a child’s nursery, wherein adults speak softly, lest they disturb the infant’s extravagant and colourful time of dreaming.”

There is a relationship between the idea of the universe as a jungle and the universe as an imposed quiet zone: that safety is preferable to risk. In other words, these two approaches to the Great Silence imply risk aversion. I don’t think that we can safely assume risk aversion, especially in light of the fact that in SETI and METI we are contemplating peer civilizations, and just as these peer civilizations would likely incorporate our curiosity about the universe, they would also likely incorporate our willingness to take risks.

We would do well to be cautious, but it would be folly to suppose that risk can be eliminated. To exist is to be subject to existential risk. There is no risk-free norm to which we can return by following some program of risk aversion or to which we will naturally be returned by abstaining from particular actions. But this should not be taken as cause for despair: METI is a classic risk/opportunity tradeoff (cf. Existential Risk and Existential Opportunity). Risk and opportunity cannot be separated.

If we contact ETI it could be the greatest thing to ever happen to our civilization, or it could be the worst thing. When we think about existential risk (if indeed we do think about existential risk at all), it is usually only as an existential threat that must be mitigated, whereas existential risk may be understood both in terms of its possibilities as well as its limitations. One dimension of the risk/opportunity tradeoff is that the same action (or inaction) that we take to mitigate existential risk may unintentionally magnify risk, just as one and the same action (or inaction) we pursue in order to seize an opportunity may come to unexpectedly foreclose on that opportunity. (Either scenario might describe a METI initiative.) No outcome is inevitable; that is why we call it risk. If the outcome were inevitable, it would lie outside the scope of risk. (Cf. Existential Risk and Existential Uncertainty)

This strikes me as an unlikely scenario. If we are true to our history, and we rush in like fools where angels fear to tread, we will announce our presence to the universe both intentionally and unintentionally. Our peer civilizations in the universe (if there are any) are likely to do the same.