David Brin is a familiar name to science fiction readers worldwide, the award-winning author of the highly regarded ‘uplift’ novels that include Startide Rising (1983), The Uplift War (1987) and Brightness Reef (1995). Among his numerous other titles are The Postman (1985), Kiln People (2002) and Existence (2012). But Brin is also known as a futurist whose scientific work ranges over topics in astronautics and astronomy to forms of dispute resolution and the role of neoteny in human evolution. His Ph.D in Physics from the University of California at San Diego followed a masters in optics and an undergraduate degree in astrophysics from Caltech. He was a postdoctoral fellow at the California Space Institute and the Jet Propulsion Laboratory. Brin has served on advisory committees dealing with subjects as diverse as national defense, space exploration, SETI and nanotechnology, future/prediction and philanthropy. His essay The Great Silence (available here) is but one of his many investigations into SETI and METI that weigh the consequences of contact with other civilizations, a subject that occupies him in the post below. 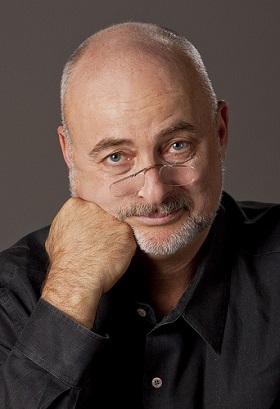 In a previous Centauri Dreams posting (SETI, METI and Existential Risk), J.N. Nielsen made an earnest effort to appraise both sides of the current debate over “messaging” to the cosmos, or METI. He started with an apt comparison to the way that passive-listening sonar differs from the brashly-seeking active kind — the “pinging-and-echoes” we’ve all heard in submarine movies.

Alas, he then poses the current dispute over METI in oversimplifying terms: “Is the universe such a dangerous place that it behooves us to maintain radio silence?”

This posits a glaring misapprehension — that the dissidents who mistrust METI are acting out fear of the unknown, dreading possible consequences of shouting for attention into the sky. In fact, however, Dr. Jim Benford, the late Dr. John Billingham, former senior US diplomat Michael Michaud and I have all resigned from SETI-related international commissions — and taken the matter public — in protest over behavior that has taken on an increasingly cult-like quality.

This troubling trend became apparent a couple of years ago, the one and only time that a substantial and open discussion of the matter took place in a neutral and respected venue, before a special gathering organized by the Royal Society. The proceedings of that gathering will soon be published by the Journal of the British Interplanetary Society, and I urge all interested readers to keep their eyes open for that event, when the whole matter will be laid out before you all, in far greater detail than I can do here.

(For those who are impatient to learn more (a trait I find most-becoming!) here is a link to articles and speculations by David Brin about the Search for Extraterrestrial Intelligence (SETI).

Keeping my response to Mr. Nielsen succinct in this place, let me say that he gets the “dissidents’ motives entirely wrong. We freely admit that the odds of any one bad-outcome scenario from METI broadcasts or beams might be small. We are, however, capable of admitting one thing that METI zealots obstinately refuse to avow — that we don’t know what those odds are, not even within many orders of magnitude. In the new and important realm of Risk Analysis, that kind of uncertainty ought to prompt adults to at least talk about ways to reduce the uncertainty.

But talk and discussion and appraisal of risk are exactly what the zealots — aided and abetted by certain folks at the SETI Institute — bend all their efforts to avoid. The Royal Society meeting was a fluke and efforts to expand the discussion are met with stony silence or open disdain.

To make things perfectly clear, what we METI dissidents have asked — and ALL that we have asked — is for a series of open, eclectic, vigorous and thorough discussions to be held, probing this matter of risk from all sides, before individuals and small groups jump the gun, peremptorily blaring yoohoo ‘messages,’ arrogating the right to speak to aliens on behalf of all humanity. So far, these stunts are being pulled by a small subset of radio astronomers and fans — or commercial owners of tracking dishes that had been built by taxpayer funds — who deliberately avoid collegiality with other sciences, fleeing input from experts in pertinent fields like history, biology, anthropology, planetary science or, indeed, any other discipline that might shed light onto a vast range of conceivable outcomes from First Contact.

Some of which (by the way) do not depend upon any ability to travel physically between the stars.

At risk of tedious repetition, because it has proved relentlessly necessary — all that we dissidents have asked for has been the kind of earnest and eclectic pre-discussion that worked so well, decades ago, when the genetic biology community engaged in the extremely successful and positive sum “Asilomar Process” to explore their then-nascent field and thereupon decide on procedures to get both safety and rapid discovery.

That has been our request and position. Anyone who claims that we have sought anything else — out of “fear of slathering Cardassian invaders,” snarked one deceiver — is a damned liar.

(By the way, just envision those open and public symposia I talked about, drawing on all realms of pertinent human excellence, revolving around every topic that might shed light upon either aliens or ourselves. Wouldn’t such symposia make for terrific television? Might they not capture the imagination of — and edify — millions or even billions? Why would anyone oppose such exposure to the full range of ideas and analyses or our place (and possible others’) in the universe? The pro-METI opposition to this speaks a lot about their honesty and fealty to science.)

Getting down to specifics

Having explained that key point, let me go on to say that Mr. Nielsen shows a calm logic that would be welcome in any discussion. Alas, he also displays the blithe assurance we see all-too often in this field — and that was rife among the commenters underneath his posting — that one does not have to read-up any of the background material, in order to be an instant expert. Just arm-wave a pat few sentences of “logic” and you’ve solved the most perplexing puzzle in the cosmos!

Nielsen’s dismissal of the Benford paper on interstellar communications economics – for example – is toe-shallow. Indeed, does Nielsen contend that advanced ETCs — no matter how rich they are — would not still very likely prefer one means of making contact that is six to ten orders of magnitude cheaper than another?

A factor of a million or a billion may affect your choice of method, even if you are a super-Kardashev society of near-gods.

Thus, the Benfords clearly proved that “pinging” potential new civilization sites – at intervals – would be far more efficient and likely than gaudy, omni-directional beacons. Indeed, that strategy is consistent with the famous “Wow” signal… and with the fact that no gaudy, omni-blaring tutorial beacons have ever been found. The one null-result of SETI that is already definite, sufficient and proved.

Nielsen is at his best – though still very superficial – in discussing possible ways and reasons for intentional silence. Certainly I have listed in my Great Silence catalogue many variations on that theme, ranging from cowering dread all the way to beneficently allowing Earth culture to grow without cultural interference. Indeed, some of these are drawn out dramatically in my novel Existence. Still, I have trouble when Nielsen says the following:

This is yet another blithe assumption, a dilettante arm-waving that begs, rather than asks key questions. Nielsen posits that the descendants of the alien equivalents of bears or lions or geese or herbivores would share a similar psychology with we humans, who happen to come from exogamously-exploring, gregariously-interdependent yet individualistic apes, a combination that is – in truth – rather rare in nature. Oh, sure, there may indeed be others like us! But then his broad generalization is broken.

Add to that the social effects we’ve seen, in which 99% of human societies strove hard to repress curiosity and inventiveness, and you have reason to suggest that Mr. Nielsen talk things out and expose his assumptions to critical scrutiny. Preferably before publication.

Um… where on Earth did THAT come from? Yes, I just said that most human societies squelched curiosity. But that was a personality trait arising organically from feudalism, not an outgrowth of any single act of risk analysis.

Our exceptional enlightenment civilization is outgoing and daring — traits that other human societies would have deemed foolish but that we consider noble. That spirit is under siege right now, as forces try to re-assert feudalism. But one thing is for sure. A little pre-discussion about the highly outward-looking topic of extraterrestrial civilization is not going to be the thing to bring down a curtain of stagnation! Our outwardness will not change if we act with a little prudence and pause to analyze METI risk factors, like adults. The way the biologists did, at Asilomar. Mr. Nielsen is presenting us with a strawman, and a deeply pernicious one, at that.

Indeed, no one on this planet has pursued Otherness and exploration of the topic of the alien more relentlessly than I have, in both fiction and in science. I do not view the cosmos with trepidation. I am proud to be a member of the only civilization on Earth (and perhaps anywhere) that ever stared at the stars with eagerness, salivating with intense hunger.

But overlaid upon both curiosity and romance is something else called maturity. I have children. Care for their posterity is a duty I intend to fulfill. If that means spending a decade listening and learning and discussing, instead of yammering like idiots into a cosmos that is unexpectedly and perhaps dauntingly quiet? Well then call me the adult in the room.

To impatient adolescents that is a crime. Well then…. mea culpa.

On the other hand, maybe folks could stop yelling “gotcha!” in a topic that is actually rather complex. Indeed, those complexities are the spice, the juice, the excitement in this field. If your contribution is a quick, snarky “of course” about… aliens? Well… take my word for it. You have no idea what you are talking about.