A physicist and writer well-versed in the intricacies of the exoplanet hunt, Andrew LePage now turns his attention to the question of planets around Centauri B, and in particular the controversy over whether the highly publicized Centauri Bb does in fact exist. Today is the second anniversary of the discovery announcement, and we still have work to do to resolve whether ‘noise’ in the data — explained below — may account for what seems to be a planet. The good news is that multiple teams continue to work on Alpha Centauri, and we should expect answers within several years, or just possibly, as LePage explains, a bit sooner than that. 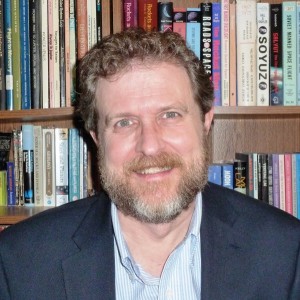 Time certainly seems to fly at times. It has already been two years since the October 16, 2012 announcement by a Geneva-based team of astronomers of the discovery of a planet orbiting our Sun-like neighbor, α Centauri B, using precision radial velocity measurements. While this planet, designated α Centauri Bb, was hardly the Earth-like planet for which interstellar travel enthusiasts had been waiting so long, its presence demonstrated that the closest star system to us harbored at least one planet and held the promise of more to be discovered. But two years after this momentous announcement, many questions still remain and this important discovery has yet to be independently confirmed.

First some background: at the heart of the α Centauri system 4.37 light years away are a pair of Sun-like stars, designated α Centauri A and B, locked in an eccentric 79.9-year orbit. The probable third member of this star system, located about 15,000 AU from the main pair of stars, is a dim red dwarf better known as Proxima Centauri. With a distance of 4.24 light years, it is the closest known star to our solar system. Despite the distance between α Centauri A and B varying from 11 to 35 AU during the course of one revolution, various dynamical studies performed over the decades have confirmed that regions with stable planetary orbits do exist in this system. These studies have shown that orbits out to about 3 AU, give or take, would be stable depending on their inclination to the plane of the orbit of α Centauri A and B about each other. What has not been so clear is if planets could form around this pair of stars.

A number of studies performed over the past couple of decades have been more or less evenly split on the question of whether or not planets could form around α Centauri A and B. Some studies have shown that the building blocks for planets, called planetesimals, would be able to collect themselves together into planets out to some reasonable distance. Still other studies have suggested that the presence of the two stars would have stirred up the orbits of the planetesimals too much. Instead of collecting into larger bodies, the planetesimals would tend to smash themselves apart upon contact so that planets could not form. As in the story about the ancient Greek philosophers arguing about how many teeth a horse has, it made sense to open the horse’s mouth and simply count them – it was time to look for planets orbiting α Centauri A and B.

Given the difficulty of detecting extrasolar planets even in a nearby star system like α Centauri, the first technology that offered reasonable chance of success was the precision measurement of changes in the stars’ radial velocity resulting from the small reflex motion of an orbiting planet. But after almost two decades of measurements with increasingly better instruments, the results of searches for planets orbiting α Centauri A and B published up to 2011 had found nothing. This null result combined with dynamical arguments only demonstrated that planets larger than Saturn or Jupiter did not orbit within about 2 AU of either α Centauri A or B. This still left a lot of possibilities including Earth-size planets orbiting comfortably inside the habitable zones of these stars but much more precise radial velocity measurements would be required to detect them.

Beginning around seven years ago, several teams employing various observing approaches are known to have started looking for lower-mass planets orbiting α Centauri A and B with instruments capable of making radial velocity measurements with uncertainties on the order of one meter per second – a factor of up to four more precise than in previously published results for the system. The first team to announce any results from their search was the European team using the HARPS (High Accuracy Radial Velocity Planetary Searcher) spectrometer on the 3.6-meter telescope at the European Southern Observatory in La Silla, Chile. They employed a new data processing technique to extract the 0.5 meter per second signal of α Centauri Bb out of 459 radial velocity measurements they obtained between February 2008 and July 2011. These radial velocity data had a measurement uncertainty of 0.8 meters per second and contained an estimated 1.5 meters per second of natural noise or “jitter” resulting from a range of activity on the surface of α Centauri B modulated by its 38-day period of rotation.

The HARPS team’s analysis indicated the presence of a planet with a minimum mass or Mpsini (where i is the unknown inclination of the planet’s orbit to our line of sight) of just 1.1 times that of Earth, locked in a tight orbit with a radius of just 0.04 AU and a period of 3.24 days. This was well below the upper limits set by earlier searches. Given sufficient observation time, the team estimated that they could detect a planet with a Mpsini of about four times that of the Earth in a 200-day orbit inside the habitable zone of α Centauri B. While the result generated much excitement, it was also met with a healthy amount of skepticism in the astronomical community because of the previously untried technique used to process the data to extract such a low-amplitude signal.

One of the first critics, American astronomer Artie Hatzes (Thuringian State Observatory, Germany), performed his own analysis of the publicly available HARPS data set using two different data processing techniques to look for the radial velocity signal of α Centauri Bb. Formally published in June 2013, Dr. Hatzes’ analysis did indeed find a signal buried in the radial velocity data with a period of 3.24 days but it had a false alarm probability of a few percent – far too high to be considered a reliable detection. Furthermore, his analysis of the “random” noise in the data showed that it had periodicities in the 2.8 to 3.3 day range and amplitudes on the order of half that of the alleged planetary signal. Given the recent situation of planetary false alarms with GJ 581 and GJ 667C, this finding suggested that noise in the data, whether from the instrument or activity on α Centauri B, might have been mistaken for a planet. Dr. Hatzes concluded that additional data were needed to better understand the nature of the noise in the radial velocity measurements and confirm the planetary nature of the radial velocity signal.

Other teams have already been taking data in order to confirm the existence of α Centauri Bb as part of their ongoing observing programs although no results have been formally published to date. A team of astronomers working with the 1.5-meter telescope at Cerro Tololo Inter-American Observatory (CTIO) in Chile are using CHIRON (CTIO Higher Resolution Spectrometer) to search for planets orbiting α Centauri A and B in part with the support of The Planetary Society. The project’s principal investigator, Debra Fischer (Yale University), quoted in a blog on The Planetary Society’s web site posted earlier this year that they had insufficient data to detect α Centauri Bb when its discovery was announced in October 2012. They launched a renewed effort to gather much more data at a higher cadence starting in 2013 aimed specifically at detecting the purported planet’s 3.24-day signal. To date they have not detected α Centauri Bb in their data but their simulations indicate that any such detection would have been marginal at best so far.

One of the issues complicating continuing efforts to gather more data needed to resolve the situation with α Centauri Bb is the increasing amount of stray light from α Centauri A that is degrading the quality of radial velocity measurements. As viewed from the Earth, the apparent separation of α Centauri A and B has been decreasing at an accelerating rate for about a third of a century as they move in their inclined elliptical paths around each other. The two stars will reach a near-term minimum separation of just four arc seconds at the end of 2015. The conventional wisdom has been that it will be several more years before the separation of α Centauri A and B increases enough to acquire new data of sufficient quality to confirm α Centauri Bb. But we might not have to wait this long after all.

One of the other groups known to be searching the α Centauri system for planets is a team of astronomers using the HERCULES (High Efficiency and Resolution Canterbury University Large Echelle Spectrograph) spectrograph on the one-meter McLellan Telescope at the Mt. John University Observatory in New Zealand. In July 2014 they submitted a paper for publication where they described a new technique to reduce significantly the effects of stray light contamination in precision radial velocity measurements.

In order to test the effectiveness of their new technique, they observed four double-line spectroscopic binaries (i.e. pairs of unresolved stars that can only be differentiated by periodic Doppler shifts in their spectral lines) whose blended images represent the worse-case scenario of “contamination”. With the new technique, they were able to recover accurate radial velocities of both components of the observed spectroscopic binaries. The New Zealand-based team now plan to use their new analysis method to reduce the data they are continuing to gather as part of their observing campaign of α Centauri that started in 2007. Their calculations show that they should be able to detect α Centauri Bb if it exists. If they are successful, the situation with α Centauri Bb might be resolved much sooner than later.

A more detailed account with general references to the discovery of α Centauri Bb along with more background information on the system can be found on my web site in the post titled The Search for Planets Around Alpha Centauri. A second post in this series, The Search for Planets Around Alpha Centauri – II provides details of the results of past searches for planets orbiting α Centauri A and B as well as what current and soon-to-be-started search programs hope to find.