If we’re trying to extend the boundaries of the search for extraterrestrial intelligence, how do we proceed? A speculative mind is essential, and one of the delights of science fiction is the ability to move through an unrestricted imaginative space, working out the ramifications of various scenarios. But we have to prioritize what we’re doing, which is why Freeman Dyson settled on the idea of looking for conspicuous examples of intelligence using technology. It’s no surprise that the term ‘Dysonian SETI’ has arisen to describe how such a search might proceed. 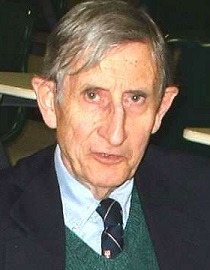 The Dyson sphere is a case in point. We can imagine a civilization vastly more ancient and technologically adept than our own deciding to maximize the amount of power it can draw from a star. Although Dyson spheres are sometimes pictured as shells completely surrounding a star, Dyson’s ideas are more readily thought of in terms of a ‘swarm’ of objects soaking up as much power as possible. Other configurations are in the mix, including the ‘ringworld’ envisioned by Larry Niven in the novel of the same name. Such engineering would throw a unique astronomical signature. Even a completely enclosed star could be detected by its radiation in the infrared, which is where previous searches for Dyson spheres have been conducted.

Would a powerful civilization build such things? It’s a key question, and as Clément Vidal points out in The Beginning and the End (Springer, 2014), Dyson’s 1966 paper on the matter made the assumption that an alien intelligence would use a technology we can understand. The idea has been rightfully criticized as anthropocentric, even by Dyson himself, who called the notion ‘utterly unrealistic.’ But we have to start somewhere, acknowledging the very real prospect that a truly advanced civilization might operate in ways that mimic natural processes. Developing criteria based on what we do understand at least gives us an opening into studying things we see in our astronomical data that might flag the presence of astroengineering. We’re limited by but must employ our own level of scientific knowledge.

As I mentioned yesterday, Dysonian SETI (or Vidal’s ‘Zen SETI’) does not conflict with older radio and optical SETI methods. By looking for manifestations of technology at work in our astronomical data, Zen SETI largely abandons the idea of SETI as an attempt at receiving intentional communications, and looks instead to identify large-scale anomalies that show us another civilization at work. This form of SETI also pushes not only deep into our own galaxy but into any observable astronomical objects we can see with our telescopes. As I said yesterday, this is a bit like archaeology, with conceivable discoveries that are billions of years old.

Where Life Can Emerge

So while traditional SETI pushes on with its entirely valid search, newer forms of SETI widen the search space and cause us to question the philosophical bases of our assumptions. Should we, for example, assume we are looking for forms of life reliant on carbon and water? Vidal notes a 1980 definition of life by Gerald Feinberg and Robert Shapiro (in Life Beyond Earth, Morrow) that describes life as highly ordered systems of matter and energy ‘characterized by complex cycles that maintain or gradually increase the order of the system through the exchange of energy with the environment.’ Vidal comments:

It is important to notice the high generality of such a definition. There is no mention of carbon, water or DNA. What remains are energetic exchanges leading to an increase of order. Free from the limiting assumptions of [carbon and water], the two authors conceive possible beings living in lava flows, in Earth’s magma, or on the surface of neutron stars. The idea of life on neutron stars was explored not only in science fiction… but also by scientist [Frank] Drake.

The reference to science fiction takes in Robert Forward’s Dragon’s Egg (Ballantine, 1980), a punchy tale driven by the usual Forward gusto. Drake lesser known article is “Life on a Neutron Star,” which ran in Astronomy (Vol. 1, No. 5) in 1973, and which I still have buried in the stacks of old magazines that fill a cabinet here in my office. I remember the Drake with pleasure as one of those eye-opening things that make you look at the world a bit differently when you see how much you are a creature of your own environment. And then you start thinking about how many environments are out there…

The field for speculation is wide — Robert Freitas has even written about the possibility of metabolisms of living systems based on the four fundamental physical forces: the strong nuclear force, electromagnetism, the weak force, and gravitation. We should also consider the possibility (likelihood?) that an advanced civilization will be comprised largely of postbiological beings. Vidal reminds us of the many generations computers have gone through in our own lifetimes, with three-dimensional molecular computing as a possible follow-on to today’s integrated circuits. And he asks what a computer scientist from the 1940s would make of today’s digital world. Would he be able to find large parts of our technology, much less understand it? Vidal adds: 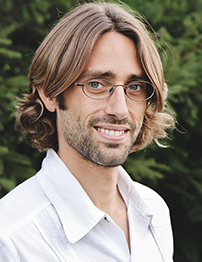 The moral of the story is that in SETI, matter doesn’t matter (much). What is important is the ability to manipulate matter-energy and information, not the material substrate itself. The case for postbiology is strong… Abandoning the hypothesis of ET using a biological substrate such as carbon, water, DNA molecules, or proteins makes us focus on the functional systems theory, which aims to be independent of a particular material substrate. This makes system theory the interdisciplinary research field par excellence and also an indispensable tool in astrobiology and SETI.

Maybe these extracts give some sense of how provocative this tightly written study is, and how often it questions the assumptions we bring to astrobiology. In fact, Vidal thinks a tight analysis of SETI can help us rid ourselves of those assumptions that apply only to terrestrial life so that we can try to uncover what the essential characteristics of all life must be. He’s looking for concepts of living systems and especially intelligence that can be generalized to extraterrestrial venues as we proceed to tighten our criteria for studying anomalous astronomical data.

What kind of things might we hope to find if there is such a thing as astroengineering on an interstellar scale? Beyond the aforementioned Dyson spheres, could we detect extensive mining in asteroid belts in exoplanetary systems? How about anomalous stars, far too young to be in the region we find them, or stars that display unusual spectra that may indicate a civilization trying to lengthen the hydrogen fusion burning cycle of its home sun? As I mentioned yesterday, you can see a summary of recent ideas on the matter in my essay Distant Ruins, which ran in Aeon.

Tomorrow I’ll wrap up this discussion of The Beginning and the End with Vidal’s own thinking on what may be a candidate for what we can call ‘high energy astrobiology,’ an astronomical phenomenon that is curious enough to provoke Dysonian SETI theorists. But I’ll argue in advance that the value of this book isn’t in a specific SETI candidate but in the far broader context Vidal brings to the human quest for other civilizations, a context that challenges readers to examine their own views of the place of intelligent beings in the universe.

The original Dyson paper covering a broadened search for ETI is “The Search for Extraterrestrial Technology,” in Marshak, R.E. (ed.) Perspectives in Modern Physics (Wiley, 1966), pp. 641-655.