We’ve long discussed intercepting not only beacons but stray radio traffic from other civilizations. The latter may be an all but impossible catch for our technology, but there is a third possibility: Perhaps we can intercept the ‘leakage’ from a beamed power infrastructure used to accelerate another civilization’s spacecraft. The idea has been recently quantified in the literature, and Jim Benford examines it here in light of a power-beaming infrastructure he has studied in detail on the interplanetary level. The CEO of Microwave Sciences, Benford is a frequent contributor to these pages and an always welcome voice on issues of SETI and its controversial cousin METI (Messaging to Extraterrestrial Intelligence). 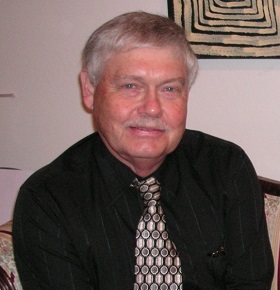 Beaming of power to accelerate sails for a variety of missions has been a frequent topic on this site. It has long been pointed out that beaming of power for interplanetary commerce has many advantages. Beaming power for space transportation purposes can involve earth-to-space, space-to-earth, and space-to-space transfers using high-power microwave beams, millimeter-wave beams or lasers. The power levels are high and transient and could easily dwarf any of our previous leakage to space.

We should be mindful of the possibilities of increased leakage from Earth in the future, if we build large power beaming systems. It has been previously noted that such leakage from other civilizations might be an observable [1].

Now workers at Harvard have quantified the leakage from beaming for space propulsion, its observables and some implications for SETI. The paper is “SETI via Leakage From Light Sails in Exoplanetary Systems,” by James Guillochon and Abraham Loeb (http://arxiv.org/abs/1508.03043). Theirs is the first work to show quantitatively that beam-powered sailship leakage is an observable for SETI.

Studies have shown that leakage of TV and radio broadcast signals such as TV are essentially undetectable from one star to another. But the driving of sails by powerful beams of radiation is far more focused than isotropic communication signals, and of course far more powerful. Therefore they could be far more easily detected. These are not SETI signals so much as an easily detected aspect of advanced civilizations.

The mission Guillochon and Loeb study is one that previous workers have quantified: interplanetary supply missions using unmanned spacecraft. The ship is a sail with payload, a sailship, propelled via microwave beam from Earth to Mars. Previous work was described here and in New Scientist (see New Sail Design to Reach 60 Kilometers Per Second in Centauri Dreams and “Solar super-sail could reach Mars in a month,” in New Scientist (29 January 2005).

The Mars mission is shown in figure 1: a beam-driven sailship transits from Earth to Mars. An interstellar observer sees the beam accelerating the sail because the beam overlaps the sail to some extent at all distances. 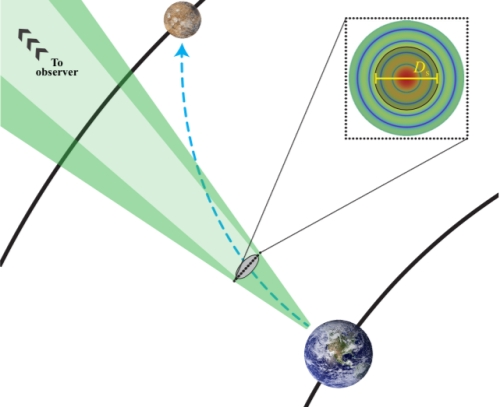 Figure 1. Schematic of Mars cargo mission via microwave beaming, not to scale. The path of the sailship is the dashed arrow. The inset is the beam profile shown in green overlaying the sail of diameter Ds. The beam always overlaps the sail to some extent.

The beam is accelerated from near Earth and is decelerated by a similar system near Mars. Parameters for the mission are based on my papers on Cost-Optimized SETI Beacons and Sailships [2,3]: 1-ton sailship accelerated to 100 km/sec, beam power 1.5 TW, power duration 3 hours, beam frequency 68 GHz, acceleration 1 gee, transmitter aperture 1.5 km, sail diameter 300 m, sail surface density 4 10-5 kg/m2. (For background, see A Path Forward for Beamed Sails and Detecting a ‘Funeral Pyre’ Beacon).

The calculation in the paper presumes the two planets are in conjunction for the voyage, the distance between the planets at this point is 0.5 AU, and the path, although shown bending in Fig. 1, is in fact almost a straight line between the two planets. Figure 2 shows the trajectory. This yields a 9 day transit time when traveling at 100km/s. Figure 3 shows the launch and arrival trajectories of the sailship. 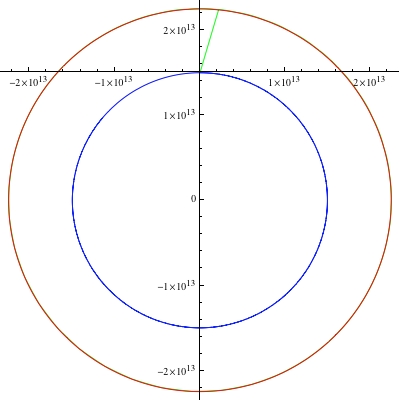 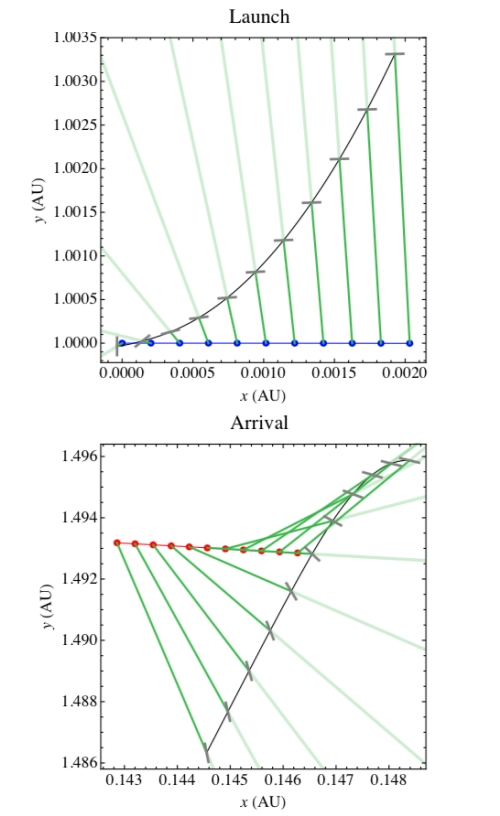 The beam always overlaps the sail; that overlap will increase as the sail passes the limit for beam focusing with the given transmitter aperture. Beyond that distance the beam spot swells and the leakage rises as the sailship flies away, until the beam is turned off.

How to See Power Beams

At 100 parsecs (326 light years), beam intensity is estimated to be of order 1 Jansky, which is about 100 times the typical detectability of SETI radio searches. The sweeping action of the beam in Figure 2 has implications for observers. The receiving radio telescope will typically see a rising signal because the beam is beginning to sweep past, then a drop in signal as the sail’s shadow falls on the receiver, then a rise as the beam reappears, followed by a decline. In other words, the time varying history of intensity is a symmetric transient with two peaks with much less (or even nothing) in between. They estimate the timescale for the transit to be of order 10 seconds.

The transmitting and receiving systems will be used pretty constantly because they cost a lot to build, but launch expenses are low — basically the cost of the electrical energy. Because it is doing a transit from one planet to another, this gives an opportunity for us to use our growing knowledge of exoplanets in a clever way.

Because the rapidly accumulating information on exoplanets frequently produces all 6 elements needed to describe the orbits of the transiting planets, one can predict times when we will be in the line of sight of two planets which could be beaming power between each other to drive sailships. This ‘conjunction’ is a matter of our perspective; the two planets are not near each other, merely along our line of sight.

The Guillochon-Loeb paper quantifies this strategy for detecting such leakage transients. They estimate that if we monitor continuously, the probability of detection would be on the order of 1% per conjunction event. They state that “for a five-year survey with ~10 conjunctions per system, about 10 multiply-transiting, inhabited systems would need to be tracked to guarantee a detection” with our existing radio telescopes. Of course the key question is just which planets are inhabited, and that’s what SETI is trying to find out. The leakage would be evidence for that, so this statement is a bit circular.

The recently-announced Breakthrough Listen Initiative will have 25% of the observing time allocated on the Parkes and Green Bank telescopes, so could initiate such a search.

This first-of-its-kind calculation shows that the forthcoming Breakthrough Listen Initiative has a new observable to look for. With enough observing time, the prospects for SETI seem to now be improved. If alien civilizations are using power beaming, as we ourselves will likely do in future centuries, we may observe the leakage of these more advanced societies.

Although not mentioned in the paper, there are two implications:

ETI, having done the same thinking, would realize that they could be observed. They could put a message on the power beam and broadcast it for our receipt at no additional energy or cost. So by observing leakage from power beams we may well find a message embedded on the beam. That message may use optimized power-efficient designs such as spread spectrum and energy minimization [4-5]. That would be more sophisticated than the simple 1 Hz tones looked for back in the 20th Century (see Is Energy a Key to Interstellar Communication?).

When we in future build large power beaming systems we will likely put messages on them. That is, if we’ve addressed the METI issue, meaning that we’ve had enough discussion and agreement by mankind of what we wish to say [6].

6. John Billingham and James Benford, “Costs and Difficulties of large-scale METI, and the Need for International Debate on Potential Risks”, JBIS, 67, 17-23, (2014).