The question of a gradual dimming of KIC 8462852 continues to make waves, the most recent response being Michael Hippke’s preprint on the arXiv site, discussed in the post immediately below. Bradley Schaefer (Lousiana State University), who published his work on the dimming he found in now digitized photographs in the archives of Harvard College Observatory, disagrees strongly with Hippke’s findings and is concerned that the paper impugns the solid work being performed by DASCH (Digital Access to a Sky Century@Harvard). Below is Dr. Schaefer’s response with details on the astrophotographic photometry at the heart of the issue. 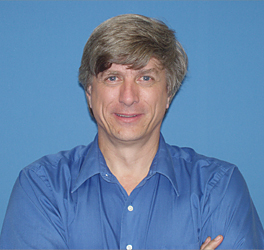 A few hours ago, Michael Hippke posted a manuscript to arXiv (http://arxiv.org/abs/1601.07314), and submitted the same manuscript to the Astrophysical Journal Letters (ApJLett). This manuscript claims to have found that the DASCH data produces light curves with secular trends (both systematic dimmings and brightenings) over the century-long records. This same DASCH data (from the collection of archival sky photographs now at Harvard Observatory) was used to recognize a dimming of KIC 8462852 (a.k.a. ‘Tabby’s Star’ or the ‘WTF star’) at an average rate of 0.165±0.013 magnitudes per century from 1890 to 1989.

This dimming from the DASCH data is just a long-time scale version of the dimming also seen with the Kepler spacecraft, and these dimmings are still a high mystery and a perplexing problem. Hippke is taking his claimed result (that the majority of DASCH light curves have major and widespread calibration errors resulting in apparent secular trends) as then implying that KIC 8462852 does not have any secular trend. This claim is easily proved wrong.

Hippke made two major errors, both of which are beginner’s mistakes, and both of which will erroneously produce apparent dimmings and brightenings when none exist. First, Hippke explicitly includes red-sensitive and yellow-sensitive photographs together with the blue-sensitive photographs. The different colors will produce systematically different brightnesses (magnitudes). The trouble is further that the red and yellow photographs are predominantly at late times in the century-long light curve (in the 1970s and 1980s), so the inclusion of many magnitudes that are systematically high or low only at the end of the century will artificially make the star appear to brighten or dim over the century.

Second, Hippke explicitly includes magnitudes from photographs with known and recognized defects. The Harvard photographs are not perfect, with some having long-trailed images, some being double exposures with stars overlapping, and some having various plate defects where the emulsion is nicked or such. The DASCH scanning and software has a robust means of identifying problem photographs, and these are objective measures independent of the magnitude. These known-poor-quality magnitudes should not be used for any sensitive purposes. Colloquially put, these are ‘garbage’. Hippke keeps all the many good DASCH magnitudes and he also adds in the garbage magnitudes, so his final light curves have many points that are systematically skewed.

The frequency of the poor-quality magnitudes varies over time, usually with more early-on during the century. And the erroneous magnitudes are variously systematically brighter or dimmer, also varying over the century. The result of Hippke’s good+garbage light curves is that the garbage points tilt the light curve by a bit. This is seen when I take all of Hippke’s same stars and data and go from his sloped light curves (including his garbage points) to flat light curves (with only the good points). The bottom line is that Hippke’s second big mistake was to include the poor-quality photographs. Garbage-in, garbage-out.

So we understand why Hippke’s secular trends are wrong. But we already knew this very well anyway. The reason is that the DASCH people have already measured many (likely up around the millions) of light curves for single main sequence stars (i.e., stars that really should be perfectly constant) and found that their light curves are actually very flat. This is in stunning contradiction to the claims of Hippke that the majority show big secular trends.

Hippke’s paper has a title of “KIC 8462852 Did Likely Not Fade During the Last 100 Years”, yet his paper never discusses or analyses any data from KIC 8462852. One reason is perhaps that he cannot get around the flatness of the five check star light curves. That is, these five stars always appear within 3 millimeters of Tabby’s Star on these 10″x8″ phootgraphs, these stars are all of similar brightness as Tabby’s Star, and they all have similar color as Tabby’s Star.

If there were any systematic problems for the DASCH data with Tabby’s star, then we should see the exact same dimming trend in the check stars as is seen for Tabby’s Star. But we do not. These ‘check stars’ serve as the classic control study in science. They serve as proof that neither the check stars nor Tabby’s Star have any substantial systematic problem. They serve as proof that Hippke’s title is wrong.

Hippke submitted his draft manuscript to ApJLett, to arXiv and to reporters even before he had any checks with experts on archival sky photographs. For example, I first read his email just about the time that he was submitting his manuscript. He did not contact any of the DASCH people, despite them being the target of his attack. Indeed, he has not talked with anyone who has any experience with or knowledge of any archival photographs. This topic has a lot of detail and many quirks, but Hippke apparently did not have the realization or the will to check out his claims. And, in an email from Hippke from early this morning, he explicitly labelled himself as “a novice” for this technical topic. So he is a novice working without bothering to check with anyone knowledgeable. As such, it is not surprising that he made beginner’s blunders.

A broader problem is now that DASCH has the publicly-stated claim that it has major, widespread, persistent calibration and measurement errors. In knowledeable circles, Hippke’s paper won’t come to anything. But these circles are not large, because few people really understand the working of DASCH or plate photometry.

So most people will simply look at the paper’s conclusions, not recognize the horrible beginner’s blunders that create the false conclusion, and only come away thinking that the DASCH light curves are “wrong” or at least “questionable”. Public perceptions do matter for many aspects. Most important for DASCH is their future success rate in funding proposals, the reception of all future papers relating to DASCH, and the future useage of the DASCH data.

Perhaps from a journalistic point of view, any ‘stirring of the pot’ is good copy. But from the point of view of science and knowledge, putting up unchecked and false claims is bad all the way around. Science has a great strength of being error-correcting, with the normal procedure now for the DASCH people to put out a full formal refutation of Hippke’s claims, and such will appear in many months. But with the one-day turn-around of arXiv and with fast journalist response, there will be many months where the reputation of DASCH is maligned. So Hippke’s choice of running to reporters before the paper appeared publicly, and disdaining any experienced advice despite being a self-proclaimed “novice”, is not good science.

For more on this controversy, see KIC 8462852: Where Are We After Eight Months?, Michael Hippke’s follow-up.