I’ve always found the final factor in the Drake Equation to be the most telling. Trying to get a rough idea of how many other civilizations there might be in the galaxy, Drake looked at factors ranging from the rate of star formation to the fraction of planets suitable for life on which life actually appears. Some of these items, like the fraction of stars with planets, are being clarified almost by the day with continuing work. But the big one at the end — the lifetime of a technological civilization — remains a mystery.

By ‘technological,’ Drake was referring to those civilizations that were capable of producing detectable signals; i.e., releasing electromagnetic radiation into space. And when we have but one civilization to work with as example, we’re hard pressed to know what this factor is. This is where Adam Frank (University of Rochester) and Woodruff Sullivan (University of Washington, Seattle) come into the picture. In a new paper in Astrobiology, the researchers argue that there are other ways of addressing the ‘lifetime’ question. 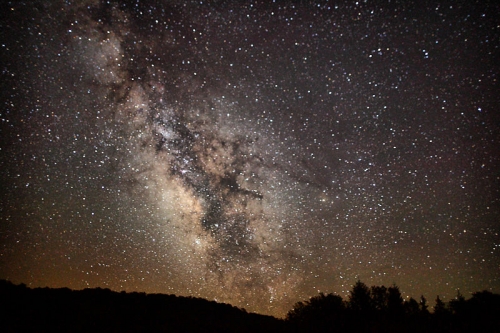 What Came Before Us

The idea is to calculate how unlikely our advanced civilization would be if none has ever arisen before us. In other words, Frank and Sullivan want to put a lower limit on the probability that technological species have, at any time in the past, evolved elsewhere than on Earth. Here’s how their paper describes this quest:

Standard astrobiological discussions of intelligent life focus on how many technological species currently exist with which we might communicate (Vakoch and Dowd, 2015). But rather than asking whether we are now alone, we ask whether we are the only technological species that has ever arisen. Such an approach allows us to set limits on what might be called the ‘‘cosmic archaeological question’’: How often in the history of the Universe has evolution ever led to a technological species, whether short- or long-lived? As we shall show, providing constraints on an answer to this question has profound philosophical and practical implications.

To do this, the authors produce their own equation drawing on Drake’s. Consider A the number of technological civilizations that have formed over the history of the observable universe. Rather than dealing with Drake’s factor L — the lifetime of a technological civilization — Frank and Sullivan propose what they call an ‘archaeological form’ of Drake’s equation. The need for the L factor disappears. The new equation appears in this form:

fbt = The likelihood of a technological species arising on one of these planets.

You can see that what Frank and Sullivan rely on are recent advances in the detection and characterization of exoplanets. We’re learning a great deal more about how common planets are and how many are likely to orbit in the habitable zone around their star, where liquid water could exist. Their term Nast relies on this work and draws together various terms from the original Drake equation including the total number of stars, the fraction of those stars that form planets, and the average number of planets in the habitable zone of their stars.

With our approach we have, for the first time, provided a quantitative and empirically constrained limit on what it means to be pessimistic about the likelihood of another technological species ever having arisen in the history of the Universe. We have done so by segregating newly measured astrophysical factors from the fully unconstrained biotechnical ones, and by shifting the focus toward a question of ‘‘cosmic archaeology’’ and away from technological species lifetimes. Our constraint addresses an issue that is of particular scientific and philosophical consequence: the question ‘‘Have they ever existed?’’ rather than the usual narrower concern of the Drake equation, ‘‘Do they exist now?’’

The paper is short and interesting; I commend it to you. The result it produces is that human civilization can be considered unique in the cosmos only if the odds of a civilization developing are less than one part in 10 to the 22nd power. Frank and Sullivan call this the ‘pessimism’ line. If the probability of a technological civilization developing is greater than this standard, then we can assume civilizations have formed before us at some time in the universe’s history.

And yes, this is a tiny number — one in ten billion trillion. Frank says in this University of Rochester news release that he believes it implies technology-producing species have evolved before us. Even if the chances of civilization arising were one in a trillion, there would be about ten billion civilizations in the observable universe since the first one arose. As for our own galaxy, another civilization is likely to have appeared at some point in its history if the odds against it evolving on any one habitable planet are better than one in 60 billion.

We fall back on cosmic archaeology in suggesting that given the size and age of the universe, Drake’s factor L may still play havoc with our chances of ever contacting another civilization. Sullivan puts it this way:

“The universe is more than 13 billion years old. That means that even if there have been a thousand civilizations in our own galaxy, if they live only as long as we have been around—roughly ten thousand years—then all of them are likely already extinct. And others won’t evolve until we are long gone. For us to have much chance of success in finding another “contemporary” active technological civilization, on average they must last much longer than our present lifetime.”

I always appreciate work that frames an issue in a new perspective, which is what Frank and Sullivan’s paper does. We can’t know whether there are other civilizations currently active in our galaxy, but it appears that the odds favor their having arisen at some time in the past. In fact, these numbers show us that we are almost certainly not the first technological civilization to have emerged. Is the galaxy filled with the ruins of civilizations that were unable to survive, or is it a place where some cultures have mastered the art of keeping themselves alive?

The paper is Frank and Sullivan, “A New Empirical Constraint on the Prevalence
of Technological Species in the Universe,” Astrobiology Vol. 16, No. 5 (2016). Preprint available.