When Vera Rubin went to Cornell University to earn a master’s degree, she quickly found herself immersed in galaxy dynamics, lured to the topic by Martha Stahr Carpenter. The interest, though, was a natural one; it drew on Rubin’s childhood fascination with the motion of stars across the sky. You could say that motion captivated her from her earliest days. At Cornell, she studied physics from such luminaries as Richard Feynman, Philip Morrison and Hans Bethe. She would complete the degree in 1951 and head on to Georgetown.

Rubin, who died on Christmas day, was possessed of a curiosity that made her ask questions others hadn’t thought of. In Bright Galaxies, Dark Matters (1997), a collection of her papers, the astronomer recalls writing to Milton Humason in 1949, asking him about the redshifts he and his colleagues were compiling. Rubin had heard that many had yet to be published, and she would use those she had to look for systematic motion among the galaxies, motion that would show up if you removed the Hubble expansion from the data.

“I found that many of these galaxies defined a great circle on the sky, or roughly a circle, and that there were large regions of positive and negative values of residual velocity,” Rubin told editor Sally Stephens in a 1992 interview. “What in fact I really found was the supergalactic plane, although I entitled the paper ‘Rotation of the Universe.’”

Rubin tended to dismiss this early work in later life (“I presume none of this work would hold up today”), and her paper was rejected by the Astrophysical Journal as well as the Astronomical Journal, though later presented at a 1950 AAS meeting. Even so, the questions she raised were hugely significant, and at the time under study by Kurt Gödel at Princeton, the school that turned down her graduate application because of her gender. What Rubin was homing in on was the presence of large-scale galactic motion. 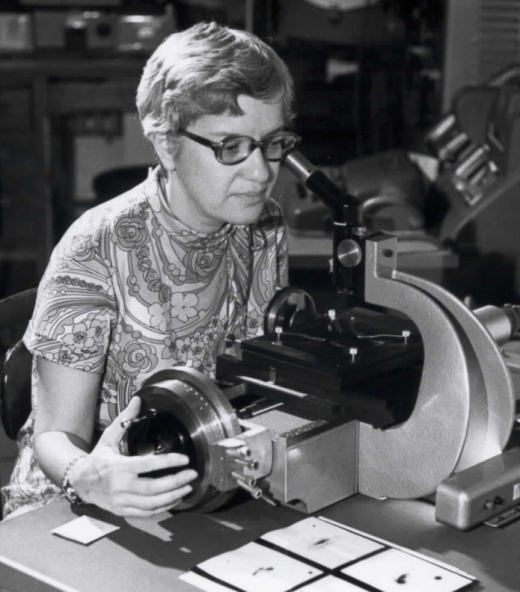 Today, we talk about the Rubin-Ford effect, the observation that describes the motion of our galaxy relative to a sample of galaxies at varying distances and compares this to its motion relative to the cosmic microwave background (the Ford here is Kent Ford, an astronomer whose spectrometer became critical for Rubin’s studies of stellar motion in spiral galaxies). Early work that had been flawed by insufficient data would eventually grow into this result.

I always tend to link Rubin and Fritz Zwicky in my thinking. Way back in 1933, the Swiss astronomer who taught most of his career at Caltech was noting discrepancies between the apparent mass of galaxies in the Coma cluster and the amount of light they produced, leading him to coin the phrase ‘dunkle Materie’ (dark matter) to explain the effect. Both Zwicky and Rubin had an uncanny knack for seeing places where the universe was posing questions. For Rubin, it would become the motion of spiral galaxies that defined her career.

The problem leaped out at astronomers once Rubin put her finger on it. You would expect galaxies to spin in fairly conventional ways, with stars nearer the center moving faster than those on the outskirts, just as in our own Solar System, the inner planets orbit the Sun much faster than the outer worlds. But by 1974 Rubin was able to show that the outer stars in spiral galaxies move much faster than could be explained by the mass of the visible matter in the galaxies. Dark matter again reared its head, and became the subject of intense investigation.

We still haven’t observed dark matter directly, though the current calculation is that about 27 percent of the universe is made up of the stuff, with only 5 percent being the normal matter we had until recently assumed was all there was. By 1998, we had learned, too, of dark energy and the continuing expansion of the universe, yet another mystery demanding an explanation. The dark energy work would produce a Nobel Prize; dark matter has yet to do so. Rubin’s exclusion from the Nobel occupies much of the media commentary on her death. I think Phil Plait’s discussion is on the money.

Rubin would put her painstaking methods to work on over 200 galaxies in her career. Finishing her PhD in 1954 (her thesis advisor at Georgetown was George Gamow, a science popularizer and early advocate of Big Bang theory), Rubin taught at Georgetown for eleven years before joining the Carnegie Institution for Science in 1965, where she began her collaboration with Ford. She would become the second female astronomer elected to the National Academy of Sciences and would receive the National Medal of Science in 1993.

Rubin’s loss resonates through the world of astronomy and is keenly felt by the many she influenced, especially women who were inspired by her example to tackle a career in the physical sciences. We can measure careers by papers published and ideas propagated, but it’s all too easy to miss the more intangible factors like lives touched and careers launched. On all these scores Vera Rubin deserves the thanks of the field she did so much to shape.

Next post: New Horizons: Going Deep in the Kuiper Belt