When I was growing up, there was a small outbuilding between my house and the stand of woods behind our property. The previous owner had built it as a little house in its own right, everything on a miniature scale, so that while it looked like an actual house — with front door, nice windows, even a porch and small deck on the back — it was comprised of only one room inside. This man’s kids had used it as a playhouse, but when I got my hands on it, I turned it into what a young boy thought of as his ‘lab,’ with microscope, chemistry set and telescope.

On the walls I put photographs I had bought at Chicago’s Adler Planetarium, and I can still see those blurry images of Saturn, Jupiter and the Milky Way, all taken at the Palomar Observatory, and almost as breathtaking for what they didn’t reveal as what they did. I gradually augmented these photos with sky charts and other imagery, and would use these to plan my observing sessions with the 3-inch reflector I would take out into the yard. 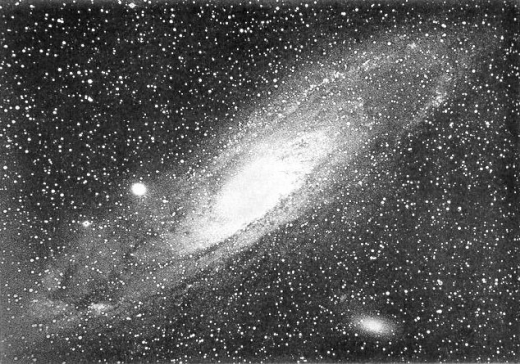 Image: A classic photo (though not one of my Palomar images). This is M31, then known as the Great Andromeda Nebula, its nature as a separate galaxy not being known when the photograph was taken in 1888 by Sir Isaac Roberts. Reproduced in A Selection of Photographs of Stars, Star-clusters and Nebulae, Volume II (The Universal Press, London, 1899), this is the image whose long exposure time first.revealed M31’s spiral structure. Photos like these may look quaint compared to the brilliant detail and color of today’s work, but studying the sky over long periods of time may tease out new information, making even our older datasets useful tools for exploration. Credit: Isaac Roberts.

You would think old astronomical photographs would have a place only in memories like these, but I’m reminded of the vigorous debate that broke out not long ago over the anomalous star KIC 8462852, and Bradley Schaefer’s contention that, on the basis of archival imagery, it could be shown to have undergone a long-term dimming (see KIC 8462852: A Century Long Fade? for more on this — there are likewise numerous articles in the archive).

Schaefer was using a collection of some 500,000 sky photographs in the archives of Harvard College Observatory, covering the period from 1890 to 1989. A program called Digital Access to a Sky Century@Harvard (DASCH) has been digitizing the observatory’s archives, offering a way for astronomers to re-examine historical imagery. DASCH has only digitized a fraction of the archives but it’s a work in progress. What else can we do to reinvigorate such material?

One answer is a project called Astronomy Rewind, whose aim is to restore tens of thousands of astronomical images — photographs, radio maps and other sky-related material — from a wide variety of sources, placing them into context in digital sky atlases and catalogs. The project is part of the Zooniverse platform that gave us Galaxy Zoo a decade ago and now includes ‘citizen science’ projects in a variety of disciplines. Here the idea is to turn our attention to the contents of scientific journals and collate their imagery over time.

American Astronomical Society journals go back to the 19th Century and became accessible electronically in the 1990s. The volunteers will catalog the types of images, separating photographs with and without sky coordinates, maps of planets with or without latitude and longitude grids, graphs and diagrams, focusing on labeled images or those with sufficient detail to make a clear determination of orientation and sky position. Other images will be sent to Astrometry.net, which identifies areas of sky by comparing photos to star catalogs.

The project depends upon human judgement and pattern recognition at a large scale:

“You simply couldn’t do a project like this in any reasonable amount of time without ‘crowdsourcing,’” says Julie Steffen, AAS Director of Publishing. “Astronomy Rewind will breathe new life into old journal articles and put long-lost images of the night sky back into circulation, and that’s exciting. But what’s more exciting is what happens when a volunteer on Zooniverse looks at one of our journal pages and goes, ‘Hmm, that’s odd!’ That’ll be the first step toward learning something new about the universe.” 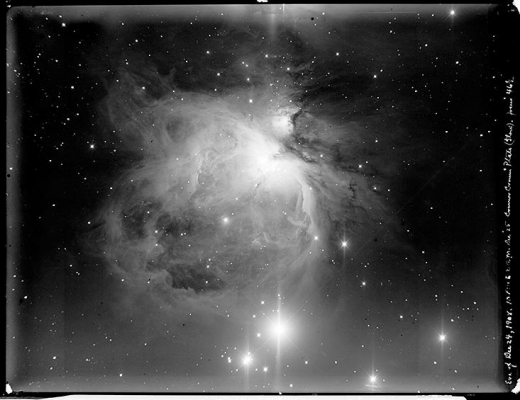 Once up to speed, Astronomy Rewind hopes to process 1,000 journal pages daily, with each page examined by at least five different people to produce consensus. This number is based upon other projects at Zooniverse, where 1.6 million volunteers have classified 4 billion images over the last ten years. Peer-reviewed publications, over 100 of them, have flowed from the Zooniverse work, and as the KIC 8462852 story shows, the potential for discovery is here.

We have to remember as we look into old astronomical materials that we continue to accumulate data at a faster and faster rate. We’re learning how to sift through older material as we build the database from which details that may have escaped our attention decades ago can come to light, perhaps to be reinterpreted in the context of subsequent findings. An earlier effort, the ADS All-Sky Survey, was originally set up to analyze imagery from old astronomy papers, but using computers for the job wasn’t always effective. Now we turn volunteer eyes on the cosmos as we bring digital technologies and older printed journals together.