400 light years away in a star-forming region called Rho Ophiuchi there is an interesting stellar system in the making. Catalogued as IRAS 16293-2422, what we have here is a triple protostar system — a binary separated by 47 AU and a third star at 750 AU. All three have masses similar to the Sun, and while the system is young, it has already achieved a certain fame in that researchers working with data from the Atacama Large Millimeter Array have been able to identify a simple form of sugar called glycolaldehyde in surrounding gas.

Learning that building blocks of life can form in other systems is useful, but here we have sugar in the region where a protoplanetary disk can form, an indication that such materials are widely available in the places where planets begin to coalesce around their host star.

Then just this month we’ve learned that further ALMA work has yielded the prebiotic organic molecule methyl isocyanate (CH3NCO) in the same system. Niels Ligterink (Leiden Observatory) and Audrey Coutens (University College, London), who led one of two teams on this work, issued this statement pointing to the significance of the find:

“This star system seems to keep on giving! Following the discovery of sugars, we’ve now found methyl isocyanate. This family of organic molecules is involved in the synthesis of peptides and amino acids, which, in the form of proteins, are the biological basis for life as we know it.”

The term ‘complex organic molecules’ in this context refers to molecules consisting of six or more atoms, of which at least one is a carbon atom — such organic molecules are widely observed in regions of star formation. Prebiotics are a subset, a category of complex molecules with interesting implications for life. From the Ligterink paper, one of two scheduled to appear in Monthly Notices of the Royal Astronomical Society:

A special category of complex molecules is that of the prebiotics, molecules that can be linked via their chemical structures or reactivity to life bearing molecules, such as amino-acids and sugars. Methyl isocyanate, CH3NCO, also known as isocyanomethane, is a molecule that falls in this category, because of its structural similarity with a peptide bond… This type of bond connects amino-acids to form proteins and as such is interesting because it connects to chemistry relevant to the formation of the building blocks of life. 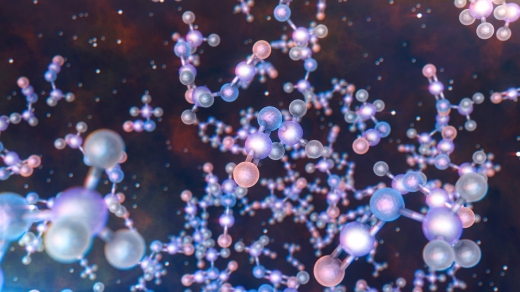 Ligterink and Coutens were joined by another team led by Rafael Martín-Doménech (Centro de Astrobiología, Madrid) and Víctor M. Rivilla (INAF-Osservatorio Astrofisico di Arcetri, Florence). Working at several different wavelengths, the researchers found methyl isocyanate in the inner regions of gas and dust surrounding the young triple system. Their computer modeling, supplemented by laboratory experiments, included chemical models of the organic molecule in the gas-grain environment around the stars, a process explained by chemistry on the surface of dust grains in space and subsequent chemistry in the gas phase.

Moreover, the work demonstrated through cryogenic high-vacuum experiments that methyl isocyanate could form at temperatures as low as 15 Kelvin. Both teams applied spectrographic analysis of the light from the triple star system to trace the abundance of methyl isocyanate in comparison to molecular hydrogen, finding it comparable to previous detections around protostars within the Orion KL and Sagittarius B2 North star-forming regions. 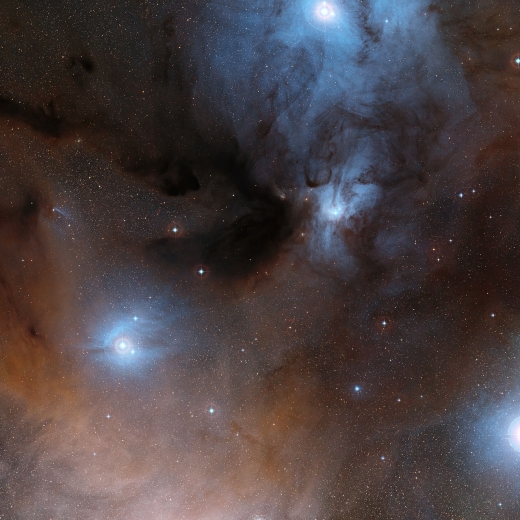 Thus we continue to home in on the possibility that part of life’s story begins in space, with basic prebiotic chemistry occurring there and transferring prebiotic molecules to star systems in formation and, eventually, the planets that emerge. As a case in point, we find complex organic molecules of the kind commonly detected in interstellar space in comets in our own system (Rosetta found evidence for such on the surface of comet 67P/Churyumov-Gerasimenko). Methyl isocyanate has itself been detected before (in the molecular cloud Sagittarius B2), but never, until now, in protostars of solar mass.

The papers are Doménech et al., “First Detection of Methyl Isocyanate (CH3NCO) in a solar-type Protostar,” accepted at Monthly Notices of the Royal Astronomical Society (preprint) and Ligterink et al., “The ALMA-PILS survey: Detection of CH3NCO toward the low-mass protostar IRAS 16293-2422 and laboratory constraints on its formation,” also accepted at MNRAS (preprint).