The Laser SETI campaign we looked at on Friday is one aspect of a search for intelligent life in the universe that is being addressed in many ways. In addition to optical methods, we look of course at radio wavelengths, and as we begin to characterize the atmospheres of rocky exoplanets, we’ll also look for signs of atmospheric modification that could indicate industrial activity. But we have to be careful. Because SETI looks for evidence of alien technology, it is a search for civilizations about whose possible activities we know absolutely nothing.

So we can’t make assumptions that might blind us to a detection. Getting the blinders off also means extending our reach. If successful, the Laser SETI project will do two things we haven’t been able to do before — it will scan the entire sky and, because it is always on, it will catch optical transients we are missing today, and tell us whether any of these are repeating.

In radio terms, think of the famous WOW! signal of 1977, detected at Ohio State University’s Big Ear radio telescope. Seeming to come out of the constellation Sagittarius, it fit our ideas of what an extraterrestrial signal could look like, but we can’t draw any conclusions because we’ve never seen it again. If the signal intrigues you, Robert Gray’s book The Elusive WOW (Palmer Square, 2011) goes into it in great depth, including Gray’s 1987 and 1989 attempts to find it. Gray would search again in the mid 90’s using the Very Large Array, and again in 1999 with the University of Tasmania’s Mount Pleasant Radio Observatory, with null results.

The Elusive WOW is a splendid page-turner that captures the drama of the hunt. It also reminds us how frustrating a transient can be — here today, gone in moments, never seen again. Did the WOW signal reappear at some time that we weren’t pointing our instruments at it? Is it repeating on some schedule we haven’t figured out? 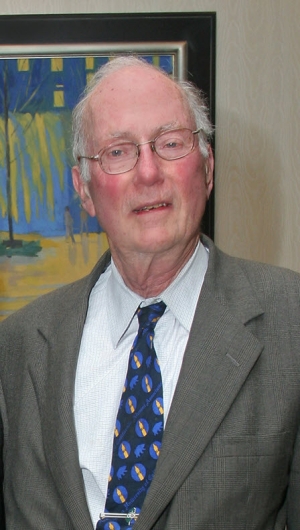 All-sky surveys like Laser SETI weren’t on the mind of Giuseppe Cocconi and Philip Morrison when they wrote their ground-breaking paper “Searching for Interstellar Communications” in Nature (1959), one that is mostly commonly cited as launching SETI. But for optical SETI’s origins, we can look back with equal admiration at R. N. Schwartz and Charles Townes’ “Interstellar and Interplanetary Communication by Optical Masers,” which ran two years later in the same journal. The author’s vision encapsulates the idea:

We propose to examine the possibility of broadcasting an optical beam from a planet associated with a star some few or some tens of light-years away at sufficient power-levels to establish communications with the Earth. There is some chance that such broadcasts from another society approximately as advanced as we are could be adequately detected by present telescopes and spectrographs, and appropriate techniques now available for detection will be discussed. Communication between planets within our own stellar system by beams from optical masers appears a fortiori quite practical.

We saw Friday that a petawatt laser of the kind that has been built at Lawrence Livermore National Laboratory could be transformed into an optical SETI beacon, working in conjunction with a huge mirror like that found on our largest telescopes. Indeed, the Sun can be outshone by a factor of 10,000, a bright and, one would assume, obviously artificial beacon. But the complexities involved in targeting another star — and aiming the beam to lead the moving target, one that will be many light years away, make targeted laser beacons difficult.

Surely the challenges of laser beacons — not to mention their cost — could be overcome by advanced civilizations, although the idea of a less targeted beacon seems to make more sense; i.e., a beacon that sweeps a region of the sky on a recurrent basis, assuming the intent here is simply to announce the presence of the extraterrestrial civilization as widely as possible. But perhaps it’s much more likely that, if we do detect a laser signal from another civilization, it will be in the form of a chance interception of a technology at work. 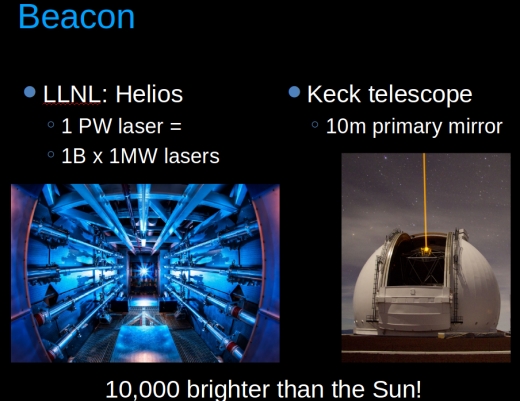 Detecting communications within an exoplanetary system presents serious problems of geometry, given that these optical beams would be broadcast to specific targets and are unlikely to be pointing by chance at the Earth. But there is a scenario that could work: We’ve learned all about exoplanet detection through planetary transits from the Kepler mission. A planetary system that was co-planar with our own could produce a communications beam between its own planets that swept past us with each orbital revolution. Even then, the target planet would likely absorb enough of the signal that detection would be unlikely.

But there are other kinds of detections. James Guillochon and Abraham Loeb have looked at the possibility that beaming to interstellar sailcraft would produce leakage that might be observable to our detectors (see SETI via Leakage from Light Sails in Exoplanetary Systems). Both interplanetary as well as interstellar transportation systems leave possible signatures.

And consider Boyajian’s Star (KIC 8462852), whose odd light curves drew it to the attention of citizen scientists at the Planet Hunters project and subsequent worldwide scrutiny. Numerous natural phenomena have been put forward to explain what we are seeing here, but light curves like this could also be the sign of an extraterrestrial civilization working on some kind of massive project (a Dyson sphere inevitably comes to mind, but who knows?)

It made sense, then, to make Boyajian’s Star a SETI target, which is why the SETI Institute used the Allen Telescope Array to search for radio emissions, a two-week survey that produced no evidence of artificial radio signals coming from the system. For more on this investigation, see Jim and Dominic Benford’s Quantifying KIC 8462852 Power Beaming, which analyzed the ATA results at radio wavelengths. But note the following, which summarizes what the Benfords believe would be detectable given the instruments used in the attempt. As you can see, not all detectable signals would come from power beamed, for example, to an interstellar mission. Some of them definitely include applications within the target system: 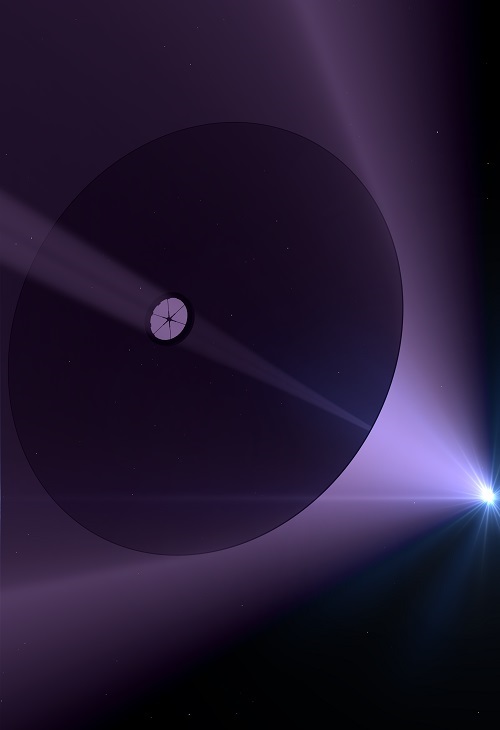 But let’s move back into the optical. Nate Tellis (UC-Berkeley) recently worked with astronomer Geoff Marcy to analyze Keck data archives on 5,600 stars observed between 2004 and 2016, using a computer algorithm fine-tuned to detect laser light (see A Search for Laser Emission with Megawatt Thresholds from 5600 FGKM Stars,” preprint here). The search was an excellent way to put thousands of hours of accumulated astronomical data to work — who knows what discoveries may lurk within such datasets? As a part of the effort, the astronomers studied Boyajian’s Star, again finding no detectable signals. Potential candidates that did emerge in the survey all turned out to be the result of natural processes.

But power beaming is a possible observable as any local civilization goes about moving things around in its own system. Leakage from a beamed power infrastructure is something we’ve focused on here frequently (see, for example, Power Beaming Parameters & SETI re KIC 8462852). Power beaming could be what enables a space-based infrastructure, one that would be capable of large-scale engineering and also of producing the kind of power beams that could drive spacecraft at high velocity to other stars.

But we needn’t exclude communications entirely. Jim Benford has pointed out that any civilization using large-scale power beaming would be aware that its activities could be visible to others. If it had the desire to communicate on such a random basis, the ETI civilization could embed a message within the beam. A kind of interstellar message in a bottle, thrown into the cosmic sea with each sweeping power beam that does local work.

All of this should reinforce the key issue that the Laser SETI project addresses — such beams, working within their own planetary system, would appear in our sky as transients. We return to the core issue, the need for an all-sky survey that observes continuously. Making no assumptions about any desire to communicate, such a survey nonetheless is capable of spotting the signs of a working civilization going about its business. It should, I would wager, also pick out new astrophysical phenomena that will add to our knowledge of the galaxy.

Previous post: Laser SETI: All Sky All the Time