Yesterday I made mention of the Schwartz and Townes paper “Interstellar and Interplanetary Communication by Optical Masers,” which ran in Nature in 1961 (Vol. 190, Issue 4772, pp. 205-208). Whereas the famous Cocconi and Morrison paper that kicked off radio SETI quickly spawned an active search in the form of Project Ozma, optical SETI was much slower to develop. The first search I can find is a Russian project called MANIA, in the hands of V. F. Shvartsman and G. M. Beskin, who searched about 100 objects in the early 1970s, finding no significant brightness variations within the parameters of their search. 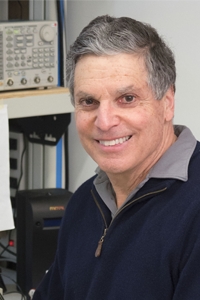 If you want to track this one down, you’ll need a good academic library, as it appears in the conference proceedings for the Third Decennial US-USSR Conference on SETI, published in 1993. Another Shvartsman investigation under the MANIA rubric occurred in 1978. Optical SETI did not seem to seize the public’s imagination, perhaps partially because of the novelty of communications through the recently discovered laser. We do see several optical SETI studies at UC-Berkeley’s Leuschner Observatory and Kitt Peak from 1979 to 1981, the work of Francisco Valdes and Robert Freitas, though these were searches for Bracewell probes within the Solar System rather than attempts to pick up laser transmissions from other star systems.

This was an era when radio searches for extraterrestrial technology had begun to proliferate, but despite the advocacy of Townes and others (and three conferences Townes helped create), it wasn’t until the 1990s that optical SETI began to come into its own. Charles Townes himself was involved in a search for laser signals from about 300 nearby stars in the ‘90s, using the 1.7-meter telescope on Mt. Wilson and reported on at the 1993 conference. Stuart Kingsley began an optical SETI search using the 25-centimeter telescope at the Columbus Optical SETI Observatory (COSETI) in 1990, while Gregory Beskin searched for optical signals at the Special Astrophysical Observatory run by the Russian Academy of Sciences in the Caucasus in 1995.

Optical SETI’s advantages were beginning to be realized, as Andrew Howard (Caltech) commented in a 2004 paper:

The rapid development of laser technology since that time—a Moore’s law doubling of capability roughly every year—along with the discovery of many microwave lines of astronomical interest, have lessened somewhat the allure of hydrogen-line SETI. Indeed, on Earth the exploitation of photonics has revolutionized communications technology, with high-capacity fibers replacing both the historical copper cables and the long-haul microwave repeater chains. In addition, the elucidation (Cordes & Lazio 1991) of the consequences to SETI of interstellar dispersion (first seen in pulsar observations) has broadened thinking about optimum wavelengths. Even operating under the prevailing criterion of minimum energy per bit transmitted, one is driven upward to millimetric wavelengths. 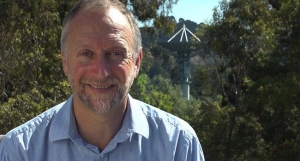 In the late 90’s, the SETI Institute, as part of a reevaluation of SETI methods, recommended and then co-funded several optical searches including one by Dan Werthimer and colleagues at UC Berkeley and another by a Harvard-Smithsonian team including Paul Horowitz and Andrew Howard. The Harvard-Smithsonian group also worked in conjunction with Princeton University on a detector system similar to the one mounted on Harvard’s 155-centimeter optical telescope. A newer All-Sky Optical SETI (OSETI) telescope, set up at the Oak Ridge Observatory at Harvard and funded by The Planetary Society, dates from 2006.

At Berkeley, the optical SETI effort is led by Werthimer, who had built the laser detector for the Harvard-Smithsonian team. Optical SETI efforts from Leuschner Observatory and Lick Observatory were underway by 1999. Collaborating with Shelley Wright (UC Santa Cruz), Remington Stone (UC Santa Cruz/Lick Observatory), and Frank Drake (SETI Institute), the Berkeley group has gone on to develop new detector systems to improve sensitivity. As I mentioned yesterday, UC-Berkeley’s Nate Tellis, working with Geoff Marcy, has analyzed Keck archival data for 5,600 stars between 2004 and 2016 in search of optical signals.

Working in the infrared, the Near-Infrared Optical SETI instrument (NIROSETI) is designed to conduct searches at infrared wavelengths. Shelley Wright is the principal investigator for NIROSETI, which is mounted on the Nickel 1-meter telescope at Lick Observatory, seeing first light in March of 2015. The project is designed to search for nanosecond pulses in the near-infrared, with a goal “to search not only for transient phenomena from technological activity, but also from natural objects that might produce very short time scale pulses from transient sources.” The advantage of near-infrared is the decrease in interstellar extinction, the absorption by dust and gas that can sharply impact the strength of a signal. 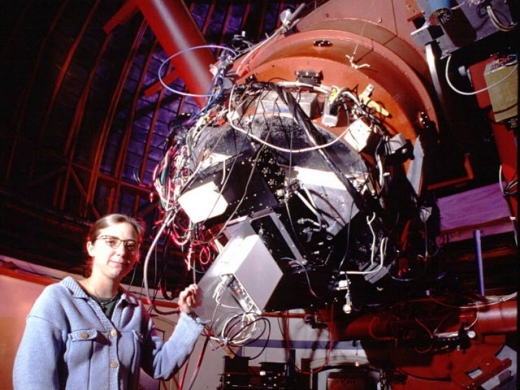 Image: Shelley Wright, then a student at UC-Santa Cruz, helped build a detector that divides the light beam from a telescope into three parts, rather than just two, and sends it to three photomultiplier tubes. This arrangement greatly reduces the number of false alarms; very rarely will instrumental noise trigger all three detectors at once. The three-tube detector is in the white box attached here to the back of the 1-meter Nickel Telescope at Lick Observatory. Credit: Seth Shostak.

I might also mention METI International’s Optical SETI Observatory at Boquete, Panama. The idea is to put the optical SETI effort in context. With the SETI Institute now raising money for its Laser SETI initiative — all-sky all-the-time — the role of private funding in making optical SETI happen is abundantly clear. And now, of course, we also have Breakthrough Listen, which in addition to listening at radio wavelengths at the Parkes instrument in Australia and the Green Bank radio telescope in West Virginia, is using the Automated Planet Finder at Lick Observatory to search for optical laser transmissions. Funded by the Breakthrough Prize Foundation, the project continues the tradition of private funding from individuals, institutions (the SETI Institute) and organizations like The Planetary Society to get optical SETI done.