I’ve been thinking about SETI all weekend, not only because I’m pulling material together for the Tennessee Valley Interstellar Workshop in October, but also because I’ve been keeping an eye on the Laser SETI campaign now running on Indiegogo. With five days to go, Laser SETI is four-fifths of the way to its goal. When I think about the effort in the context of SETI’s history, its significance becomes ever more clear. Please give this campaign a look and help if you can.

The context I’m talking about relates to how we do SETI in a tight budgetary environment. Although it is not involved today, NASA was once a player in early studies, funding the work that produced the proposal for Project Cyclops, an enormous radio telescope array that was never built, although the ensuing report, Project Cyclops: A Design Study of a System for Detecting Extraterrestrial Intelligent Life, had influence throughout the young SETI community.

But SETI has always been controversial in some quarters, and while NASA did fund a Microwave Observing Program using instruments at the Deep Space Network, Green Bank (WV) and Arecibo, the program was canceled after objections in Congress. It was up to The SETI Institute to take the program forward with private funding under the name Project Phoenix. Under Jill Tarter’s guidance, the project targeted 800 stars within a roughly 200 light year range.

The context for SETI, then, if you look at the 100 or so SETI projects around the world since Project Ozma, is that private contributions play a huge role in keeping efforts like the Allen Telescope Array alive, while universities like UC-Berkeley rather than government agencies are behind projects like SETI@Home. I should also mention Project SERENDIP, likewise run by UC-Berkeley, and the SETI Australia Centre, which uses SERENDIP technologies at the Parkes instrument in New South Wales. The ongoing Breakthrough Listen initiative is another example, drawing on private capital to do visionary things that government fails to support. 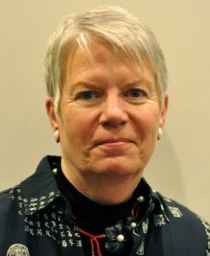 In that spirit, the Laser SETI campaign carries us forward in striking ways. Let me quote Jill Tarter’s thoughts from an email this morning:

In 1981, Martin Harwit published Cosmic Discovery / The Search, Scope & Heritage of Astronomy. In this book he argued (citing plentiful precedents), that while we make arguments to potential funders about the questions that a new telescope, operating in virgin regions of observational phase space, will answer – in fact, the most important result from such a telescope, when it is built, will be to discover something nobody had ever anticipated! He argued for a funding policy that heavily encouraged exploration; if a new technology offers the opportunity to open up hitherto unobserved phase space, then fund it.

This is precisely what Laser SETI is doing by giving us the first opportunity to observe all the sky all the time, in search of transient optical phenomena. While the Laser SETI search algorithms are currently finely tuned to the discovery of monochromatic laser pulses from extraterrestrial technological civilizations, other algorithms can be developed that remove some of the specific filters intended to exclude everything but potential SETI signals. Indeed, if the sort of ‘Class A phenomena’ that Harwit documented are sufficiently bright, they could be captured by Laser SETI, perhaps even in the daylight sky. I’ve no idea what these things might be, but I’m convinced that it’s worth exploring. I hope that the astronomical community will join in the exploration.

I’ve written up the basics of Laser SETI in Laser SETI: All Sky All the Time, and I’ll send you there for detail about the hardware that this fundraiser supports. The crucial point is that we have the opportunity to look for laser signals — be they intentional beacons or the random activities of a civilization at work — with an unblinking stare that can pick up transient signals and determine if they repeat. The technology involved makes transients stand out against the background sky and is not dependent on being pointed at the right place at the right time.

How many transients are out there? We don’t know, but consider how long we’ve been doing astronomy before we detected the phenomenon known as Fast Radio Bursts (FRBs). These millisecond radio pulses are thought to occur by the thousands each day. As we puzzle out what they are, we’re reminded that we can’t hope to catalog transients — whether astrophysical phenomena or evidence of an extraterrestrial civilization — unless we can observe continuously.

The point bears repeating: If ET is bright but intermittent, all previous and current searches very likely won’t find it. 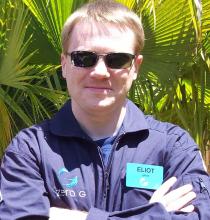 The Laser SETI cameras this campaign supports will localize targets on the sky and help us find out whether some of them are repeating. Going from two cameras, the campaign’s target, to multiple sites at six locations around the world would ensure all sky coverage full-time. But step one is to get the first two cameras operational. Eliot Gillum, the institute’s director of the optical SETI Program, leads this campaign. Here’s his take, from a recent email:

Laser SETI will explore like never before, looking for sub-minute transients across large swaths of the night sky. Its spectroscopic capabilities enable high time-resolution meteor burn analysis, discovery of new phenomena, or just more about known but perhaps incompletely understood events. And if it doesn’t make the most important discovery of all time by providing overwhelming evidence of a extraterrestrial signal, it will nonetheless have advanced the state of the art towards that goal in a significant and cost efficient way.

I want to add to that the fact that we can’t compartmentalize SETI operations from other investigations into the universe. We are doubtless going to learn a great deal about presumably natural phenomena like FRBs, and we’re certainly going to make entirely new discoveries in astrophysics. I think Jill Tarter has it precisely right when she cites Martin Harwit. As Harwit says, whenever we begin operations with a new kind of instrument, we may have an idea of what we are looking for, but invariably we discover things we had not anticipated.

Laser SETI should produce a similar result, becoming still more powerful as further sites come online. If SETI’s survival has always included scientists with enough passion for their work to surmount continuing budgetary constraints, then it’s good news that we live in an era when public participation can make a difference, playing a key role in getting new equipment online. Check the campaign and please help if you can as we try to get Laser SETI over the top. 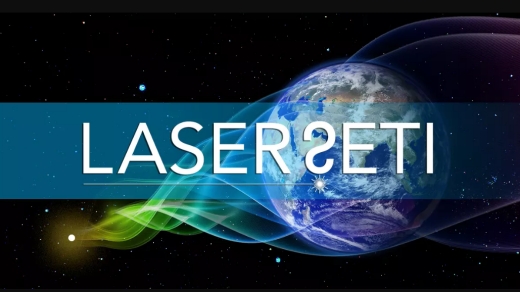