A paper that crossed my desk this morning proves timely in light of our recent discussions about brown dwarfs. Specifically, the question of when to declare an object a planet or a brown dwarf has come up, with the cutoff often cited at about 13 Jupiter masses. Now I see that Johns Hopkins’ Kevin Schlaufman is proposing a cutoff somewhere closer to 10 Jupiter masses, but the idea takes us beyond mass as the determinant of the object’s status. 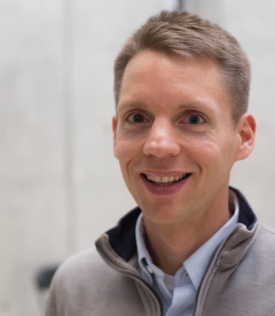 We tend to turn toward the IAU Working Group on Extrasolar Planets for our ideas on the planet/brown dwarf distinction, though the fact that we can find objects with 10 times Jupiter’s mass both in orbit around stars and also in isolation makes the definition a challenging one. The IAU has defined a planet as an object with a mass below the limiting mass for deuterium fusion that orbits a star or stellar remnant. Objects above this limiting mass have been defined as brown dwarfs, no matter how they formed or where they are located. This is where the 13 Jupiter mass cutoff comes from, although other models have also been proposed.

But this gets tricky, because much depends on composition — the mass needed for deuterium fusion depends on the object. Under this definition, a metal-poor object of 13 Jupiter masses would be considered a planet, while a metal-rich object of the same mass would be considered a brown dwarf. Nor does this definition take into account formation models.

Schlaufman has made a close study of some 146 planetary systems in his efforts to distinguish between huge planets and tiny brown dwarfs. As the paper says:

This combined sample of 146 giant planets, brown dwarfs, and low-mass stars that have Doppler-inferred masses and transit solar-type primaries (most with homogeneously derived stellar parameters) is the best sample available to calculate the mass at which low-mass secondary companions no longer preferentially orbit metal-rich solar-type primaries.

Mass, in Schlaufman’s view, is simply not enough of a determinant when making the call between planet and brown dwarf. Instead, he proposes looking at the chemical composition of host stars. Giant planets will be found orbiting stars with high metallicity because planets like Jupiter form by building up a rocky core that is later enveloped by a gaseous envelope — this is core accretion. Gas giants are invariably found orbiting dwarf stars that are rich in metals.

Brown dwarfs and stars, on the other hand, form from the top down, clouds of gas collapsing to produce the object through the model referred to as gravitational instability. And indeed, we don’t see brown dwarfs necessarily associated with stars with high metal content. In Schlaufman’s study, objects more massive than 10 times Jupiter mass can be found near stars with varying degrees of metal content. The lack of correlation tells the tale.

Celestial bodies with M ≲ 10 MJup preferentially orbit metal-rich solar-type dwarf stars, while celestial bodies with M ≿ 10 MJup do not preferentially orbit metal-rich solar-type dwarf stars. A preference for metal-rich host stars is thought to be a property of objects formed like giant planets through core accretion, while objects formed like stars through gravitational instability should not prefer metal-rich primaries. As a result, these data suggest that core accretion rarely forms giant planets with M ≳ 10 MJup and objects more massive than M ≈ 10 MJup should not be thought of as planets. Instead, objects with M ≳ 10 MJup formed like stars through gravitational instability. 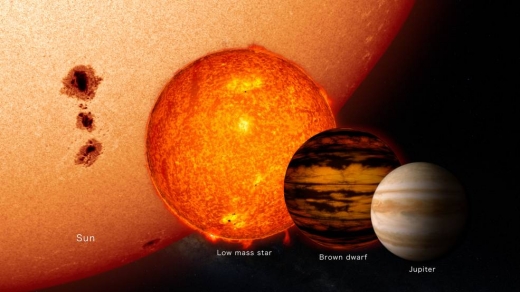 Image: This illustration shows the average brown dwarf is much smaller than our sun and low mass stars and only slightly larger than the planet Jupiter. Credits: NASA’s Goddard Space Flight Center.

Usefully, we will soon be able to test this prediction at a new level of precision. Schlaufman is saying that planets in the mass range of 1 to 10 Jupiters should preferentially be found around metal-rich solar-type dwarf stars, while brown dwarfs between 10 and 80 Jupiter masses should be found around solar-type dwarf stars that span the entire range of metallicity. The European Space Agency’s Gaia mission is expected to find and characterize 21,000 ± 6000 giant planets and brown dwarfs, a sample large enough to put Schlaufman’s theories to the test.

The paper is Schlaufman, “Evidence of an Upper Bound on the Masses of Planets and Its Implications for Giant Planet Formation,” published online by The Astrophysical Journal 22 january 2018 (abstract/preprint).