It’s interesting to consider, as Hector Socas-Navarro does in a new paper, the various markers a technological civilization might leave. Searching for biosignatures is one thing — we’re developing the tools to examine the atmospheres of planets around nearby stars for evidence of life — but how do we go about looking for astronomical evidence of a technological society, one found not by detection of a directed radio or laser beacon but by observation of the stars around us? 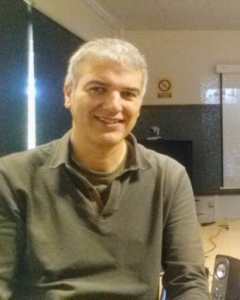 Various candidates have been suggested, the most famous being the Dyson sphere, in which an advanced civilization might choose to trap the energy output of its entire star, and we’re in the era of searches for such objects, as witness the Glimpsing Heat from Alien Technologies effort at Penn State. But there are many other suggestions, ranging from detecting antimatter used for power or propulsion, analyzing Fast Radio Bursts for evidence of manipulation as a propulsion system, and looking at depletion of metals in a stellar disk (asteroid mining).

What Socas-Navarro has in mind is a technology we have already begun to deploy and will presumably see in accelerated use. Delightfully, he has named his idea ‘the Clarke Exobelt’ (CEB) in a nod to the father of the communications satellite, an apt choice given that he defines the idea as the collection of objects, including non-functional ones, in geostationary and geosynchronous orbits around a planet. An astronomer at the Instituto de Astrofísica de Canarias, Socas-Navarro believes that because there is no natural ‘preference’ for this orbit, the detection of a population of objects within it would be highly suggestive of an artificial origin. 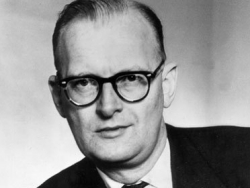 Published in The Astrophysical Journal, the paper has caught the eye of enough Centauri Dreams readers that I have five copies of it in my inbox. Seeing the Clarke name associated with it is enough to pique my interest — would that we had Sir Arthur’s own thoughts on the matter! Socas-Navarro points out that there is a certain economy in searching for Clarke Exobelt objects, in that current techniques to detect exoplanets and exomoons should also be able to detect a large enough cluster of technologies in geosynchronous orbits.

The paper, then, is a suggestion that we begin looking for this kind of technosignature amongst the other possibilities. The challenge is in the extrapolation, for to be detectable with our current and near-future technologies, such an Exobelt would have to be densely populated. Our own Clarke belt is relatively sparse, with two-thirds of existing satellites in low orbits. Socas-Navarro believes, however, that the realm of geostationary and geosynchronous satellites is destined to grow, and his simulations show that if it does, it will at some point become detectable:

The geostationary orbit, often named after Clarke, who explored its practical usefulness for communication purposes (Clarke 1945), is specially interesting because satellites placed there will remain static as seen from the ground reference frame. However, the available space in that orbit is limited. A moderately advanced civilization might eventually populate it with a relatively high density of objects, making it advisable (cheaper in a supply-and-demand sense) to use geosynchronous orbits when possible for those satellites whose requirements are less strict and allow for some degree of movement along the North-South direction on the sky. Over time, one might expect that societal needs would eventually drive an increase of object density in a band around the geostationary orbit, forming a CEB.

Using Earth’s current satellite population as a reference, the author creates a Clarke Exobelt model using as parameters radius, width, face-on opacity and inclination of the equatorial plane with respect to the plane of the sky (a CEB viewed edge-on would have an inclination of 90 degrees). The model excludes eccentric orbits and assumes all objects at the same orbital altitude. Using it, Socas-Navarro explores a Clarke Exobelt as it appears in the light curve of a star.

Our current Clarke belt would be orders of magnitude below the detection threshold for observers around other stars if they were using technologies similar to ours. Socas-Navarro argues that the Clarke belt around Earth is showing exponential growth, such that extrapolating it into the future would make it visible to other-world observers by the year 2200. The author considers this a reasonable extrapolation, though one highly dependent on future technology choices including, for example, space elevator systems, which could dramatically change access to these orbits and accelerate the emergence of a detectable signature.

As I read the Socas-Navarro paper, I was struck by its reliance on finding a civilization in a state of development close to our own. He is quite clear on this, saying his intention is “to explore the consequences of a direct extrapolation of our current trends,” acknowledging that even in our own near-future, we may take a different route in the population of our own Clarke belt.

Thus far, searches for technosignatures have assumed advanced technologies of the sort needed to dismantle planets and build Dyson spheres, although there is some discussion of atmospheric change through pollution or other civilizational activities. Despite the odds against finding a civilization just at the stage when it relied heavily on a Clarke Exobelt to maintain its essential services, the author thinks it prudent to keep our eyes open for this technosignature because of the deep uncertainties of forecasting what far more advanced cultures would do.

And we are improving the methods that might help us find such a Clarke Exobelt, even though they are not fine-tuned for such. Noting the difficulty of distinguishing between a CEB and a natural planetary ring system, the paper adds this:

While the similarity between a CEB and a ring system poses an initial difficulty, it also opens new opportunities. Existing interest in the physics of exorings and exomoons means that large efforts will be devoted in future photometric missions to examine rocky planet transits for evidence of such objects. This paper shows how future positive detections of orbital material may be further scrutinized for evidence of CEBs, making the search for moderately advanced technologies “piggyback” on such missions.

Thus we have a technosignature to add to our roster. One thing finding a CEB would imply is a still-functioning civilization — active maintenance would be required to keep objects in a crowded CEB within their proper orbits over long time-periods — which could not necessarily be said of a detected Dyson sphere, conceivably a relic of a long-dead culture. CEB detection is, as the author acknowledges, a ‘long shot.’ But having the widest range of technosignatures examined in the literature is only prudent. After all, who knows what we’ll find next?