While we pursue SETI by listening to and looking at nearby stars within our own galaxy, the possibility of going extragalactic remains. Consider the activity at Penn State, where Jason Wright and colleagues Matthew Povich and Steinn Sigurðsson have been conducting the Glimpsing Heat from Alien Technologies (G-HAT) project, looking at infrared data from both the Wide-field Infrared Survey Explorer mission (WISE) and the Spitzer Space Telescope. An unusual infrared signature could conceivably be a sign of waste heat from such a culture.

Turning up the signature of a Kardashev Type III civilization, one capable of tapping the energy output of an entire galaxy, would be a spectacular find, a search well worth continuing. But there are other ways of looking for evidence that might fit what Wright has written about in terms of ‘Schelling points.’ The idea is to draw on game theory to analyze a situation in which two players who cannot communicate are engaged in a cooperative activity. They are, perhaps, asking themselves questions like when to transmit to a given target and in which directions to listen. 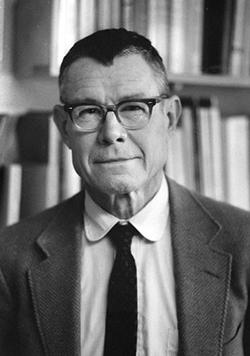 Thus we look at SETI as a mutual activity, and the game theory analyzed by the American economist Thomas Schelling comes into play. Wright looks at this in a paper called “Exoplanets and SETI” (citation below), noting that one of Schelling’s examples is particularly germane to SETI: Imagine you find yourself in a large city and are looking for someone who is also looking for you. Let me quote Wright on this:

Guessing the times and places to meet in the city, and guessing the frequencies to tune to in radio SETI, are superior strategies to random ones. In the city, this might include the locations of famous landmarks and times that bells chime or other coordinated actions occur; in radio SETI this might mean astrophysically significant frequencies and their multiples. Makovetskii (1980) called this a “mutual strategy of search” for “synchrosignals”(Makovetskii 1977), and Filippova et al. (1991) described this concept as a “convergent strategy of mutual searches” for SETI (both apparently unaware of Schelling’s prior art).

It is clearly useful to identify Schelling points when thinking about where to observe if we are looking for a SETI signal. We started SETI off back in the Project Ozma days by looking for Sun-like stars that might host habitable planets like our own, and we have target lists for continuing searches today. Would ETI do the same? The ecliptic might be a good place to look for a signal because Earth would transit the Sun from the viewpoint of astronomers around distant stars there. Another Schelling point: Exoplanet transits, which could be considered a communications window for any civilization deliberately trying to draw our attention.

Notice that these Schelling points assume a civilization that is attempting to be found, which is what Yuki Nishino and Naoki Seto (Kyoto University) do in a paper that extends Schelling to other galaxies. Whereas finding waste heat from a Type III civilization would assume no intent to communicate, Nishino and Seto ask whether there are any windows that an ETI culture might choose if it wanted to announce its presence to another galaxy. Given the challenge of the distances involved, such a signal would have to be sent at an obvious Schelling point.

Let’s leave aside the unknowable issue of motives (who knows why an alien species might want to broadcast its existence to beings in a culture millions of light years away?), and ask whether there are any obvious Schelling points that civilization might choose. The authors go through the literature, finding proponents of synchronizing signals via supernovae or gamma rays bursts, but here they question the timing accuracy involved and doubt the utility of the concept.

But the researchers argue that there is one natural phenomenon that could be forecast well enough in advance to allow a civilization to synchronize a signal: A binary neutron star merger. They point to the detection by the LIGO-Virgo network of a gravitational wave from the binary neutron star (BNS) system GW170817. Soon after the detection, the host galaxy NCG4993 was identified by electromagnetic observations, at a distance of ~40 Mpc. Nishino and Seto believe that a sufficiently advanced civilization could predict such a merger with high accuracy:

These Galactic BNSs contain recycled pulsars as one of the binary components, allowing high-precision measurements of the binary parameters. If ETI can detect the recycled pulsar of an inspiraling BNS system in their galaxy, they can also make a high-precision measurement for the quantities required for the signal transmission to be synchronized with the BNS merger. This synchronization scheme seems reasonable to us as a signal receiver…

A natural event lights up in a way sure to draw the attention of astronomers in other galaxies. A signal timed to coincide with it is sent to take advantage of the attention it has created. 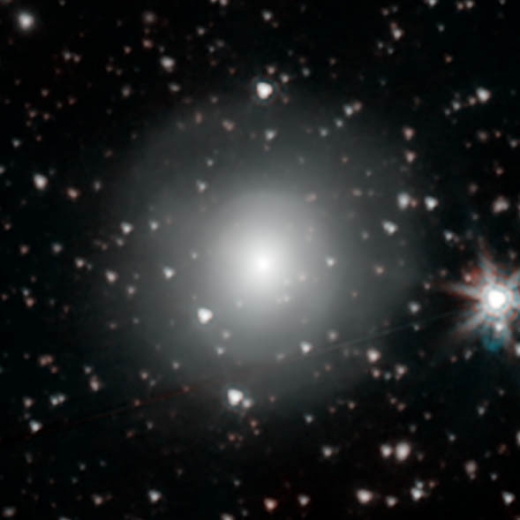 Image: NASA’s Spitzer Space Telescope has provisionally detected the faint afterglow of the explosive merger of two neutron stars in the galaxy NGC 4993. The event, labeled GW170817, was initially detected nearly simultaneously in gravitational waves and gamma rays, but subsequent observations by many dozens of telescopes have monitored its afterglow across the entire spectrum of light. Spitzer’s observation on September 29th comes late in the game, just over 6 weeks after the event was first seen, but if this weak detection is verified, it will play an important role in helping astronomers understand how many of the heaviest elements in the periodic table are created in explosive neutron star mergers. This image is a color composite of the 3.6 and 4.5 micron channels of the Spitzer IRAC instrument, rendered in cyan and red. The faint light from the explosion is to faint to be easily seen mixed in the light of the other stars in the galaxy. Credit: JPL/Caltech.

Thus we have a mechanism for creating a targeted signal that could announce the existence of a civilization to another galaxy, for whatever purposes it chose to do this. The detection of the cataclysmic binary neutron star merger would be accompanied shortly thereafter by a communication signal meant to be detected by astronomers studying the merger event itself. The authors estimate that a 1 terawatt transmitter in a galaxy 130 million light years away could send 10 megabytes of data to a receiver like the Square Kilometer Array.

The odds of a civilization choosing to deploy such methods seem long indeed, but it fascinates me to see that gravitational wave astronomy is now beginning to work its way into the SETI discussion. Thus the authors discuss the synchronization of the signal:

… the ETI would be able to estimate the location and the epoch of the highly energetic event in advance. Most optimistically, we might actually find an artificial signal by reanalyzing the electromagnetic data already taken from GW170817. Additionally, the LIGO-Virgo network will start the next observational run in early 2019, and a new BNS merger might be identified. The early and deep radio observation for its host galaxy might also be worth considering from the perspective of SETI.

The authors also note that to demonstrate the synchronization of the signal (i.e., to show that it was not a coincidence), the extraterrestrial civilization might include the intrinsic information of the particular binary neutron star merger involved. It’s an ingenious notion that extends directed beacon signals into the extragalactic realm and one that also calls into question the issue of galactic gravitational lensing. In any case, the transmitting culture is adjusting the timing and direction of its transmissions to coincide with the arrival of the gravitational wave signal.

Given the year-long observations of the GW170817 afterglow, Nishino and Seto argue that the difference between the arrival time of the GW signal and the artificial signal should be in the range of one year. Thus a transient, flaring phenomenon drawing our attention could become the announcement of a SETI opportunity, with a binary neutron star merger the brightest transient that can be predicted sufficiently in advance for the signal to be prepared.

Thomas Schelling, it goes without saying, never dreamed his work on game theory might be turned to extragalactic SETI, but the exercise of defining observational windows will continue.

The paper is Nishino and Seto, “The Search for Extra-Galactic Intelligence Signals Synchronized with Binary Neutron Star Mergers,” The Astrophysical Journal Letters Vol. 862, No. 2 (1 August 2018). Full text. The paper by Jason Wright is “Exoplanets and SETI,” available as a preprint.