Into the Cosmic Haystack

A new paper from Jason Wright (Penn State) and colleagues Shubham Kanodia and Emily Lubar deals with SETI and the ‘parameter space’ within which we search, with interesting implications. For the researchers show that despite searching for decades through a variety of projects and surveys, SETI is in early days indeed. Those who would draw conclusions about its lack of success to this point fail to understand the true dimensions of the challenge. 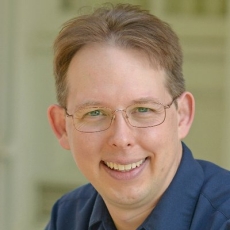 But before getting into the meat of the paper, let’s talk about a few items in its introduction. For Wright and team contextualize SETI in relation to broader statements about our place in the cosmos. We can ask questions about what we see and what we don’t see, but we have to avoid being too facile in our interpretation of what some consider to be an ‘eerie silence’ (the reference is to a wonderful book by Paul Davies of the same name).

Back in the 1970s, Michael Hart argued that even with very slow interstellar travel, the Milky Way should have been well settled by now. If, that is, there were civilizations out there to settle it. Frank Tipler made the same point, deducing from the lack of evidence that SETI itself was pointless, because if other civilizations existed, they would have already shown up.

In their new paper, Wright and team take a different tack, looking at the same argument as applied to more terrestrial concerns. Travel widely (Google Earth will do) and you’ll notice that most of the places you select at random show no obvious signs of humans or, in a great many cases, our technology. Why is this? After all, it takes but a small amount of time to fly across the globe when compared to the age of the technology that makes this possible. Shouldn’t we, then, expect that by now, most parts of the Earth’s surface should bear signs of our presence?

It’s a canny argument in particular because we are the only example of a technological species we have, and the Hart-style argument fails for us. If we accept the fact that although there are huge swaths of Earth’s surface that show no evidence of us, the Earth is still home to a technological civilization, then perhaps the same can be said for the galaxy. Or, for that matter, the Solar System, so much of which we have yet to explore. Could there be, for example, a billion year old Bracewell probe awaiting activation among the Trans-Neptunian objects?

Maybe, then, there is no such thing as an ‘eerie silence,’ or at least not one whose existence has been shown to be plausible. The matter seems theoretical until you realize it impacts practical concerns like SETI funding. If we assume that extraterrestrial civilizations do not exist because they have not visited us, then SETI is a wasteful exercise, its money better spent elsewhere.

By the same token, some argue that because we have not yet had a SETI detection of an alien culture, we can rule out their existence, at least anywhere near us in the galaxy. What Wright wants to do is show that the conclusion is false, because given the size of the search space, SETI has barely begun. We need, then, to examine just how much of a search we have actually been able to mount. What interstellar beacons, for example, might we have missed because we lacked the resources to keep a constant eye on the same patch of sky?

The Wright paper is about the parameter space within which we hope to find so-called ‘technosignatures.’ Jill Tarter has described a ‘cosmic haystack’ existing in three spatial dimensions, one temporal dimension, two polarization dimensions, central frequency, sensitivity and modulation — a haystack, then, of nine dimensions. Wright’s team likes this approach:

This “needle in a haystack” metaphor is especially appropriate in a SETI context because it emphasizes the vastness of the space to be searched, and it nicely captures how we seek an obvious product of intelligence and technology amidst a much larger set of purely natural products. SETI optimists hope that there are many alien needles to be found, presumably reducing the time to find the first one. Note that in this metaphor the needles are the detectable signatures of alien technology, meaning that a single alien species might be represented by many needles. 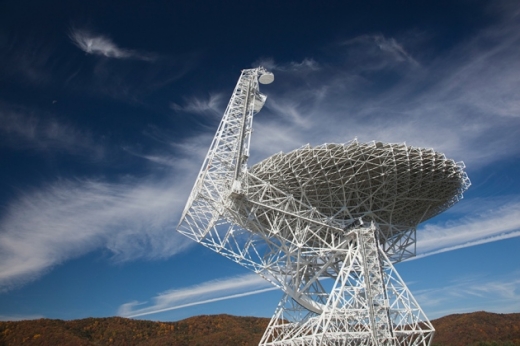 The Wright paper shows how our search haystacks can be defined even as we calculate the fraction of them already examined for our hypothetical needles. A quantitative, eight-dimensional model is developed to make the calculation, with a number of differences between the model haystack and the one developed by Tarter, and factoring in recent SETI searches like Breakthrough Listen’s ongoing work. The assumption here, necessary for the calculation, is that SETI surveys have similar search strategies and sensitivities.

This assumption allows the calculation to proceed, and it is given support when we learn that its results align fairly well with the previous calculation Jill Tarter made in a 2010 paper. Thus Wright: “…our current search completeness is extremely low, akin to having searched something like a large hot tub or small swimming pool’s worth of water out of all of Earth’s oceans.”

And then Tarter, whose result for the size of our search is a bit smaller. Let me just quote her (from an NPR interview in 2012) on the point:

“We’ve hardly begun to search… The space that we’re looking through is nine-dimensional. If you build a mathematical model, the amount of searching that we’ve done in 50 years is equivalent to scooping one 8-ounce glass out of the Earth’s ocean, looking and seeing if you caught a fish. No, no fish in that glass? Well, I don’t think you’re going to conclude that there are no fish in the ocean. You just haven’t searched very well yet. That’s where we are.”

This being the case, the idea that a lack of success for SETI to date is a compelling reason to abandon the search is shown for what it is, a misreading of the enormity of the search space. SETI cannot be said to have failed. But this leads to a different challenge. Wright again:

We should be careful, however, not to let this result swing the pendulum of public perceptions of SETI too far the other way by suggesting that the SETI haystack is so large that we can never hope to find a needle. The whole haystack need only be searched if one needs to prove that there are zero needles—because technological life might spread through the Galaxy, or because technological species might arise independently in many places, we might expect there to be a great number of needles to be found.

The paper also points out that in its haystack model are included regions of interstellar space between stars for which there is no assumption of transmitters. Transmissions from nearby stars are but a subset of the haystack, and move up in the calculation of detection likelihood.

So we keep looking, wary of drawing conclusions too swiftly when we have searched such a small part of the available parameter space, and we look toward the kind of searches that can accelerate the process. These would include “…surveys with large bandwidth, wide fields of view, long exposures, repeat visits, and good sensitivity,” according to the paper. The ultimate survey? All sky, all the time, the kind of all-out stare that would flag repeating signals that today could only register as one-off phenomena, and who knows what other data of interest not just to SETI but to the entire community of deep-sky astronomers and astrophysicists.

The paper is Wright et al., “How Much SETI Has Been Done? Finding Needles in the n-Dimensional Cosmic Haystack,” accepted at The Astronomical Journal (preprint).