‘Oumuamua continues to inspire questions and provoke media attention, not only because of its unusual characteristics, but because of the discussion that has emerged on whether it may be a derelict (or active) technology. Harvard’s Avi Loeb examined the interstellar object in these terms in a paper with Shmuel Bialy, one we talked about at length in these pages (see ‘Oumuamua, Thin Films and Lightsails). The paper would quickly go viral.

Those who have been following his work on ‘Oumuamua will want to know about two articles in the popular press in which Loeb answers questions. From the Israeli newspaper Ha’aretz comes an interview conducted by Oded Carmeli, while at Der Spiegel Johann Grolle asks the questions. From the latter, a snippet, in which Grolle asks Loeb what the moment would be like if and when humanity discovers an extraterrestrial intelligence. Loeb’s answer raises intriguing questions:

I can’t tell you what this moment will look like. But it will be shocking. Because we are biased by our own experiences. We imagine other beings to be similar to us. But maybe they are radically different. For example, it is quite possible that we won’t encounter the life forms themselves, but rather only their artifacts. In any case, we ourselves are not designed for interstellar journeys. The only reason astronauts survive in space is that they are under the protection of the Earth’s magnetic field. Even when traveling to Mars, cosmic rays will become a major problem. 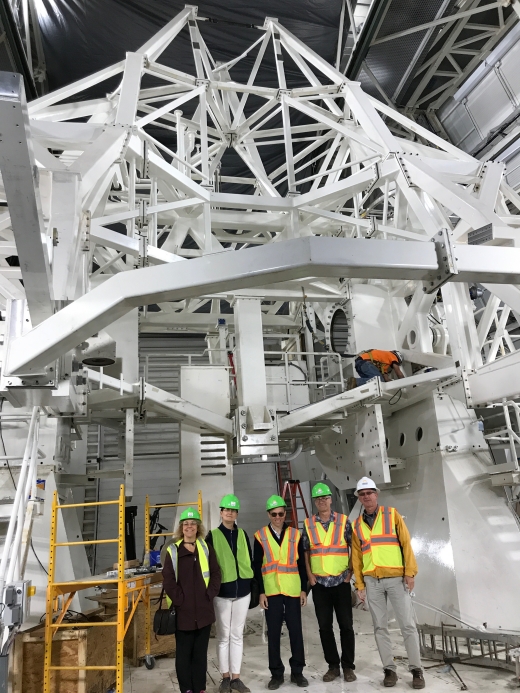 Intriguing, given our conversations here about artificial intelligence and the emergence of non-biological civilizations. After all, we are in the nearby galactic company of numerous stars far older than our own. Would robotic beings supplant their biological cousins, or would the scenario be more like biological beings using artilects as their way of achieving interstellar travel? Either way, Loeb’s guess is that our first evidence will be an encounter with technological debris. The interview goes on to cover the ‘Oumuamua story’s outline thus far.

Meanwhile, two new papers from Loeb have appeared, the first written with John C. Forbes. “Turning Up the Heat on ‘Oumuamua” looks at the interstellar object, whatever it is, from another angle. If we were to discover more objects like this, how could we best analyze them? In earlier work with Manasvi Lingam, Loeb examined the population of interstellar objects that could be trapped within the Solar System, slung by Jupiter into parabolic orbits around the Sun.

The number could be as high as 6,000, a figure based on the deduced abundance of interstellar objects given the fact that we observed ‘Oumuamua as early as we did with instrumentation of the sensitivity of the Pan-STARRS telescopes. The paper references work on the overall abundance of these objects performed in 2017 by Greg Laughlin (UC-Santa Cruz) and Konstantin Batygin (Caltech), as well as a 2018 paper from Aaron Do (University of Hawai’i).

Learning more could involve a flyby mission, says Loeb, but there may be a better way:

In our new paper with John Forbes we proposed instead studying the vapor produced when such objects pass close to the Sun and get evaporated by the intense solar heat. We calculated the likelihood of that happening, keeping in mind that `Oumuamua did not show any signs of a cometary tail or carbon-based gas since it did not pass close enough to the Sun.

We used the known orbit of `Oumumua and assume a population of similar interstellar objects on random orbits in the vicinity of the Sun. This provided us with a likelihood of passages close to the Sun.

These objects would be expected to show a high orbital inclination, and assuming a population of this size, they should be readily detectable by future telescopes, such as the forthcoming Daniel K. Inoue Solar Telescope (DKIST). Another marker of interstellar origin, according to the paper, would be anomalous oxygen isotope ratios. If we can find interstellar objects that pass close to the Sun, we should be able to learn something about their composition. Loeb and Forbes use Monte Carlo methods to determine that such objects collide with the Sun once every 30 years, while about two should pass within the orbit of Mercury each year.

Usefully, spectroscopic study of cometary tails is a well-practiced science. As the paper notes:

Generally these studies are able to classify comets into different groups depending on the inferred production rates of H2O, C2, CN, and NH2 as well as dynamical properties, which likely reflect formation in different parts of the protoplanetary disk (Levison 1996)… The promise of using close encounters with the sun to learn about extrasolar small bodies is that the sun has the ability to disrupt even large cometary nuclei via its intense radiation, sublimating not just surface volatiles but even silicates and iron. In principle this exposes the interiors of these objects to remote spectroscopy, which could place strong constraints on the composition of these objects.

And indeed, two comets — 96P/Machholz 1 and Yanaka (1998r) — have been found to have depleted levels of CN and C2 relative to water. Sun-grazing comets of interstellar origin, assuming we can identify them early through instrumentation like the LSST (Large Synoptic Survey Telescope) should be available for such examination, a way to probe their composition without the need for sending fast flyby missions, although the latter would obviously be useful.

In a second paper, just accepted at Research Notes of the American Astronomical Society. Loeb and Harvard colleague Amir Siraj note that ‘Oumuamua’s shape may be more extreme than we have thought. Noting that the axis ratio for the object has been pegged at between 6:1 and 10:1, the paper delves into the lightcurve, with a startling result, as Loeb explained in an email this morning:

The lightcurve of the interstellar object Oumuamua showed a net brightening by one magnitude between October and November 2017, after corrections for the changing distances to the Sun and Earth and solar phase angle, assuming isotropic uniform albedo and the canonical phase function slope value for cometary and D-class objects of -0.04 magnitude per degree. We used the change in the orientation of `Oumuamua between October and November 2017 to show that this brightening implies a more extreme shape for the object. We inferred a ratio between its brightest and dimmest phases of at least 50:1 for a cigar shape and 20:1 for a pancake-like geometry. The revised values can be avoided if the phase function slope is 3 times larger than the canonical value, implying in turn another unusual property of `Oumuamua.

Variations in albedo could be in play, although here we would be looking at sharp variations for a minor change in viewing angle of ~ 11°, which Loeb and Forbes consider a possibility, though one without precedent in previous studies of asteroids and comets.

The papers are Forbes and Loeb, “Turning Up the Heat on ‘Oumuamua,” submitted to The Astrophysical Journal Letters (preprint); and Siraj and Loeb, “‘Oumuamua’s Geometry Could be More Extreme than Previously Inferred,” accepted at Research Notes of the American Astronomical Society (full text).

Previous post: Is Most Life in the Universe Lithophilic?