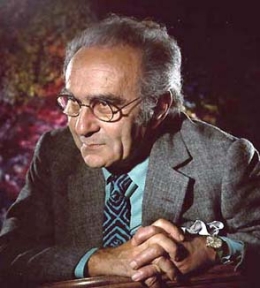 The question of whether or not we would recognize extraterrestrial life if we encountered it used to occupy mathematician and historian Jacob Bronowski (1908-1974), who commented on the matter in a memorable episode of his 1973 BBC documentary The Ascent of Man.

“Were the chemicals here on Earth at the time when life began unique to us? We used to think so. But the most recent evidence is different. Within the last few years there have been found in the interstellar spaces the spectral traces of molecules which we never thought could be formed out in those frigid regions: hydrogen cyanide, cyano acetylene, formaldehyde. These are molecules which we had not supposed to exist elsewhere than on Earth. It may turn out that life had more varied beginnings and has more varied forms. And it does not at all follow that the evolutionary path which life (if we discover it) took elsewhere must resemble ours. It does not even follow that we shall recognise it as life — or that it will recognise us.”

Bronowski wanted to show how human society had evolved as its conception of science changed — the title is a nod to Darwin’s The Descent of Man (1871), and the sheer elegance of the production reflected the fact that the series was the work of David Attenborough, whose efforts had likewise led to the production of Kenneth Clarke’s Civilisation (1969), among many other projects. If the interplay of art and science interests you, a look back at both these series will repay your time.

As to Bronowski, who died the year after The Ascent of Man was first aired, I can only imagine how fascinating he would have found new work out of the Foundation for Applied Molecular Evolution in Alachua, Florida. Led by Steven Benner, a team of scientists has addressed the question of alien life so unlike our own that we might not recognize it. Along the way, it has managed to craft a new informational system that, like DNA, can store and transmit genetic information. The difference is that Benner and team use eight, not four, key ingredients. 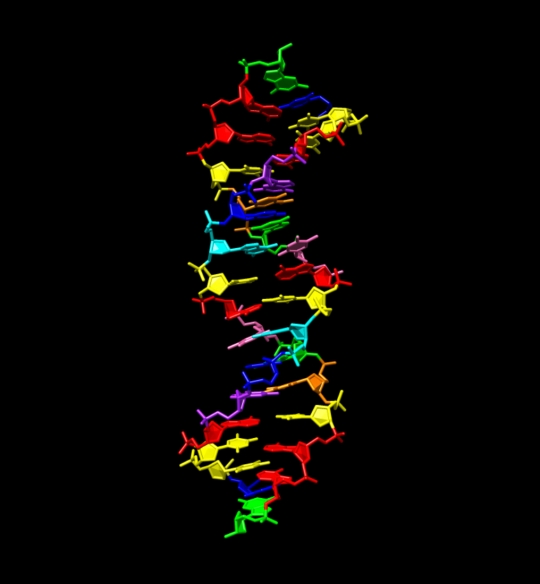 DNA, a double-helix structure like the new “hachimoji DNA” (the Japanese term ‘hachi’ stands for ‘eight,’ while ‘moji’ means ‘letter’), is based upon four nucleotides that appear to be standard for life as we know it on Earth. ‘Hachimoji’ DNA likewise contains adenine, cytosine, guanine, and thymine, but puts four other nucleotides into play to store and transmit information.

We begin to see alternatives to the ways life can structure itself, pointing to environments where a different kind of structure could survive whereas DNA-based life might not. That could be useful as we’re beginning to put spacecraft into highly interesting environments like Europa and Enceladus, but to get the most out of our designs, we need to have a sense of what we’re looking for. What kinds of molecules could store information in the worlds we’ll be exploring?

“Incorporating a broader understanding of what is possible in our instrument design and mission concepts will result in a more inclusive and, therefore, more effective search for life beyond Earth.”

Creating something unusual right here on Earth is one way to approach the problem, but of course there are others, and I am reminded of Paul Davies work and his own notions of what he calls ‘weird life.’ The Arizona State scientist, a prolific author in his own right, has examined the concept of a ‘second genesis,’ a fundamentally different kind of life that might already be here, having evolved on our planet and remaining on it in what we might call a ‘shadow biosphere.’

Finding alternate life on our own planet would relieve us of the burden of creating new mechanisms to make life work in our labs, so perhaps the thorough investigation of deep sea hydrothermal vents, salt lakes and high radiation environments may cut straight to the chase, if such life is there. In any case, finding a second genesis would make it far more likely that we’re going to find life on other worlds, and such life, as Davies reminds us, might be right under our noses. Like ‘hachimoji DNA,’ such life would challenge and stimulate all our assumptions.

Next post: Tuning Up HPF: The Habitable Zone Planet Finder