The Problem with Probes

I’ll wrap up this three-part series on ‘lurker’ probes and ways of finding them with Keith Cooper’s provocative take on the matter. A contributor to Centauri Dreams whose far-ranging ideas have fueled a number of dialogues here (see the archives), Keith is editor of Astronomy Now and the author of the upcoming book The Contact Paradox: Challenging Assumptions in the Search for Extraterrestrial Intelligence. I’ve read the manuscript and can tell you that you’re going to want this one on your shelves. Today, Keith takes us into the practical realm. If we were to find a Bracewell probe in our Solar System, what would we do with it? Who might discover it, who would claim its technologies, and what, under international law, would be its legal status? Plenty of material for science fiction plots here as we embark on the search to see what’s out there among Earth’s co-orbitals. 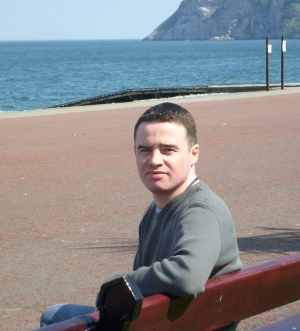 It’s enough to keep me awake at night.

Suppose that an extraterrestrial probe is discovered in our Solar System, anchored to a co-orbiting near-Earth asteroid. It could potentially instigate one of the biggest crises in all of human history.

Consider this nightmare scenario: the alien probe would quite possibly be discovered by one of our probes. If we’re lucky, it will be one of our science missions, like Hayabusa2 or OSIRIS-REx. If we’re unlucky, it could be an autonomous asteroid-mining spacecraft, sent into space to chew up asteroids and refine their rocks for their precious minerals.

In that case, first contact could well end up with us destroying the alien probe along with the asteroid. Maybe the probe will defend itself and destroy the mining craft. Or, if the probe is passive, then maybe its last moments relayed back to its home civilisation will be of a human-built robot looming threateningly. Either way, it’s not the kind of first impression we’d really want to make.

Maybe that scenario is too far-fetched for you. Okay, let’s just go with the option of an alien probe being discovered during a science mission, or by an astronomical survey. We might try and contact it, but could we really resist the lure of advanced extraterrestrial technology just a few million kilometres from Earth? Of course not. Nations and private space companies will rush to try and capture the probe and to learn its secrets. Who, if anyone, would have the rights to claim it? It could lead to conflict between competitors, or maybe the probe would again try and defend itself, an act that we might deem to be hostile.

What we can learn from these scenarios, besides the importance of making a good first impression on behalf of humanity, is that there is a startling unpreparedness for any such discovery of a watching probe.

In his new paper (see A SETI Search of Earth’s Co-orbitals), Jim Benford has proposed searching asteroids in co-orbiting orbits – objects in a 1:1 gravitational resonance with Earth such that they orbit the Sun in exactly the same time as our planet, shadowing our world but on orbits that are a little more elliptical. Relative to Earth, these orbits trace out ‘horseshoe’- or ‘tadpole’-shaped paths. The co-orbiting objects include the asteroid Cruithne, which starred in Stephen Baxter’s novel Manifold: Time and gets as close as 12 million kilometres, and Earth’s first known Trojan asteroid, 2010 TK7, which comes as close as 19 million kilometres.

Benford recommends that Breakthrough Listen target these co-orbiting neighbours, since they would give an alien probe an ideal vantage point from which to watch us. It’s a great idea, and although I think there’s a very low probability of success, as with anything to do with SETI, we won’t know until we look. However, as per the scenarios above, the discovery of a probe could be fraught with danger.

If a probe is discovered, who has the right to claim its technology? In an ideal world I would say nobody, and that aside from trying to communicate with it, we should leave it be. However, we’re talking about human beings here, and the temptation to capture the probe and learn its secrets will be too hard to resist. But it could lead to one almighty free-for-all.

So I asked Frans von der Dunk, who is Professor of Space Law at the University of Nebraska-Lincoln, what the Outer Space Treaty says about extraterrestrial probes. Unsurprisingly, it doesn’t say anything. Instead, von der Dunk suggests that if we substitute ‘natural resources’ for ‘technology’ , then the best interpretation of the current law would be to treat the probe as any other celestial object, such as an asteroid, which can be mined or otherwise appropriated.

“In my view, [this] would indeed not make it illegal for states to unilaterally condone someone going for the technology and trying to appropriate it, if under an appropriate license and otherwise complying with whatever international space law dictates with respect to the use of outer space, as per Art. VI of the Outer Space Treaty,” he says.

However, von der Dunk accepts that rivals for the probe’s technology would be unlikely to accept this if it looks like someone else is going to get there first, leading to all kinds of diplomatic shenanigans, and potentially conflict.

There are other issues with the law. If the probe contains a sentient artificial intelligence, should it not be treated as a sentient being according to the law? The problem is, other species on Earth, such as dolphins, are also sentient but the law does not recognise them with the same rights as human beings.

Then there is the concern that the probe would defend itself against any action it deemed hostile. Given that we would not know its capabilities, nor the motivations of the civilisation that programmed it, this could be exceptionally risky on an existential scale. Should we destroy or capture the probe then we could incur the wrath of whoever sent it; if it defends itself, we cannot know what lengths it would go to before ceasing fire. There’s even a case for leaving the probe alone after discovery, and not attempting to communicate with it; the probe could be hibernating and unaware of our modern technological developments until we start poking and prodding it. As the saying goes, we might not want to wake the dragon. Visions of Fred Saberhagen’s berserker probes abound.

To be fair, I don’t necessarily agree with that assessment. If an alien probe is going to venture into our backyard, it would seem unreasonable to then not expect us to be curious. However, we do need to act accordingly, and sensibly. So far, little to no thought has been put into this. If we are going to embark on a search, as Benford encourages, then we need to start thinking about what the consequences will be and how we’ll manage them, and we need to start thinking about this with some haste. Should SETI discover a radio signal from another civilisation, it will have originated many light years away; sheer distance mitigates the danger. A probe, however, will be a cosmic stone’s throw from us, and any potential danger would be immediate.

So, this is what I recommend: any search must be in conjunction with educating space agencies and private space companies about the possibility, however small, of a probe being discovered. The asteroid mining companies of the future would especially have to bear this in mind, and survey their target asteroids thoroughly before mining, to make sure there are no probes there.

In the meantime, we should develop first contact protocols to be implemented if a probe is discovered, and we also need to update the law, such that if a probe is found, then it doesn’t result in a potentially violent mêlée as we race to learn its secrets before our rivals, and that whatever benefits can be gleaned from the probe are made available to the whole of humankind.

If we can meld the societal issues with the practical issues of the search, it would stand SETI in good stead. It would act as a precedent for that other area of controversy, the METI versus SETI debate, which revolves around the societal complications of instigating contact. And, if we could find and make contact with a probe, what a wonderful opportunity that would be, bypassing traditional SETI and providing instant contact. Since Jean-Luc Picard is only a fictional character, the question then becomes, who else should we nominate to speak to the probe on behalf of Earth?

But that’s a topic for another time.

Next post: Unusual Lightcurve of a ‘What Is This’ Star