A Comet Family with Implications for Earth’s Water

‘Hyperactive’ comets tend to call attention to themselves. Take Comet Hartley 2 (103P/Hartley), which was visited by the EPOXI mission (formerly Deep Impact) in November of 2010. Three months of imaging and 117,000 images and spectra showed us just how much water and carbon dioxide the little comet was producing in the form of asymmetrical jets, a level of cometary activity that made the comet, in the words of one researcher, ‘skittish.’ It was, said EPOXI project manager Tim Larson at the time, “moving around the sky like a knuckleball.” 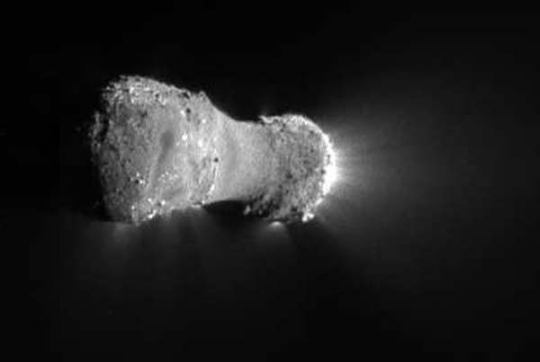 Image: Comet Hartley 2, in every sense of the term a moving target. Credit: NASA.

Nor is Hartley 2 alone. Scientists had a good look at comet 46P/Wirtanen from the SOFIA airborne observatory [Stratospheric Observatory for Infrared Astronomy] last December. Here again we see a pattern of hyperactivity, with a comet releasing more water than the surface area of the nucleus would seem to allow. The excess draws on an additional source of water vapor in these comets, ice-rich particles originally expelled from the nucleus that have undergone sublimation into the cometary atmosphere, or coma. Moreover, it’s water with a difference.

For if there is one topic that draws the attention of all of us interested in the early Solar System, it’s the question of where Earth’s water comes from. A standard model of the protosolar nebula has temperatures in the terrestrial planet zone too high for water ice to survive, which would mean that the Earth accreted dry, and present-day water would have been delivered later, by comets or asteroids. Other models of in situ production of Earth’s water are also in contention, so the field is far from won by comets, asteroids or other mechanisms.

One way to study the comet possibility is through isotopic ratios, where we have two forms of a chemical element with different mass. Thus deuterium, which is a heavier form of hydrogen, can be measured in the deuterium/hydrogen, or D/H ratio. Data from Oort Cloud comets have tended to run twice to three times the value of ocean water, making them an unlikely contributor to the early Earth. But we also have three hyperactive comets — 03P/Hartley, 45P/Honda-Mrkos-Pajdušáková and 46P/Wirtanen — with the same D/H ratio as Earth’s water. That would imply that such comets could indeed have delivered water to the Earth.

Thus the interest in 46P/Wirtanen shown by European researchers at the Paris Observatory and the Sorbonne, affiliated with the French National Center for Scientific Research, who are behind the recent observations. Their analysis of the D/H ratio in this comet and other comets with known ratios shows that “…a remarkable correlation is present between the D/H ratio and hyperactivity.” 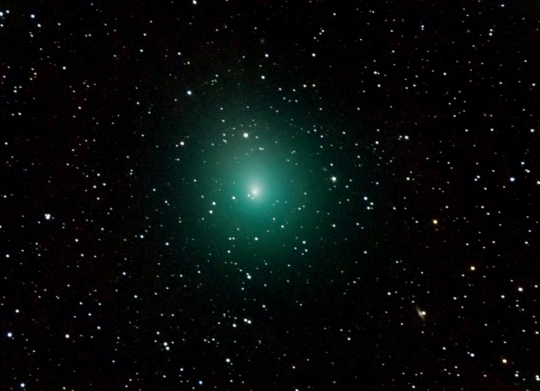 Although we seem to be seeing a clear distinction between Oort Cloud comets and Jupiter-family comets, we have to tread carefully. We also find that another Jupiter-family comet — 67P/Churyumov-Gerasimenko — has a D/H ratio three times Earth normal, while Oort cloud comet C/2014 Q2 has a ratio like Earth’s. So there’s no easy dividing line, leading the authors to add the suggestion “…that the same isotopic diversity is present in the two comet families.”

If that is the case, what makes cometary activity correlate in an inverse manner with the D/H ratio, so that the ratio in hyperactive comets decreases and approaches that of Earth water?

In a paper just published in Astronomy & Astrophysics, the researchers determined the active fraction — the fraction of nucleus surface area that it would take to produce the observed amount of water in the cometary atmospheres. They did this for all comets with a known D/H ratio. What they found was that the more a comet leans toward hyperactivity, the more its D/H ratio decreases and approaches that of the Earth. Out of this grows a hypothesis.

Hyperactive comets derive part of their water vapor from sublimation of icy grains expelled into their atmosphere, while non-hyperactive comets do not. These are processes that can show distinct D/H ratio signatures. Perhaps hyperactive comets provide a better glimpse of the ice within their nuclei, which turns out to be like that of Earth’s oceans. Those comets whose gas halo is produced only by surface ice do not show detectable ratios that are representative of what is available within the nuclei. If this is the case, then most comets have nuclei similar to terrestrial water, and comets can again be considered a major water source for Earth. 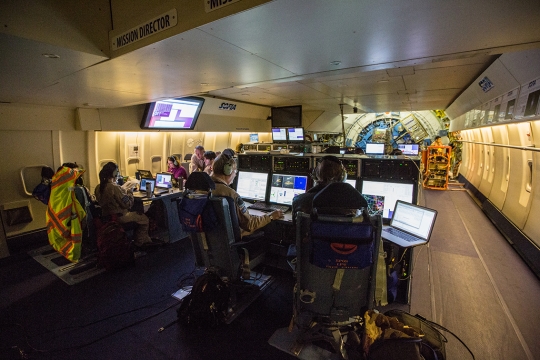 We’re early in the game and other hypotheses are likewise in play. Hyperactive comets could belong to a population of ice-rich comets that formed just outside the snow line in the protoplanetary disk, indicating formation in a planetesimal. Or they could have formed in the outer regions of the solar nebula, which could also show a decrease in the D/H ratio.

But the most intriguing hypothesis remains the one suggesting that our measurements of D/H ratios are not representative of what is in the cometary nucleus. From the paper:

An alternative explanation is that the isotopic properties of water outgassed from the nucleus surface and icy grains may be different, owing to fractionation processes during the sublimation of water ice. The observed anti-correlation can be reproduced with two sources of water contributing to the measured water production rate and the active fraction: D-rich water molecules released from the nucleus and an additional source of D-poor water molecules from sublimating icy grains… Laboratory experiments on samples of pure ice show small deuterium fractionation effects… In experiments with water ice mixed with dust, the released water vapor is depleted in deuterium, explained by preferential adsorption of HDO on dust grains…

So a lot of ideas are in play, which means we need more accurate D/H measurements from both Oort comets and Jupiter-family comets. We need to find out whether hyperactive comets are simply showing us the norm; i.e., comets may all contain water very similar to what we have on Earth. And that would put comets back into play as a major contributor to Earth’s oceans.

“This is the first time we could relate the heavy-to-regular water ratio of all comets to a single factor,” notes Dominique Bockelée-Morvan, a scientist at the Paris Observatory and the French National Center for Scientific Research and second author of the paper. “We may need to rethink how we study comets because water released from the ice grains appears to be a better indicator of the overall water ratio than the water released from surface ice.”