The Egyptian monarch Khufu was the second pharaoh of the Fourth Dynasty, which dates him back to the earlier years of the Old Kingdom period around the 26th century BC. I mention this figure, about which all too little is known, because his name is a link between the great monuments of an early culture (Khufu seems to have commissioned the Great Pyramid of Giza) and present-day engineering. Imagine how wondrous the Great Pyramid would have been to the average passerby of the time, and then realize that Khufu’s Hellenized name was Cheops, a monicker reflected in the acronym of our recently launched CHEOPS exoplanet observatory.

I always enjoy untangling acronyms, some of which are more labored than others. Did you know, for example, that the name of the Japanese IKAROS solar sail is actually an acronym standing for Interplanetary Kite-craft Accelerated by Radiation Of the Sun? Then there’s OSIRIS-REx (also satisfyingly Egyptian), which weighs in as Origins, Spectral Interpretation, Resource Identification, and Security-Regolith Explorer (!) We can include the doughty EPOXI: Extrasolar Planet Observation and Deep Impact Extended Investigation. Compared with all this, the ESA’s CHEOPS is pretty straightforward: CHaracterising ExOPlanet Satellite.

Launched from Kourou (French Guiana) aboard a Soyuz-Fregat booster at 08:54:20 UTC on December 18, the CHEOPS telemetry was picked up by the Troll Satellite Station in Queen Maud Land, Antarctica, verifying its survival of launch for controllers at INTA (another acronym: Instituto Nacional de Técnica Aeroespacial, which is Spain’s space agency) in Torrejón de Ardoz, near Madrid, and now we have a new exoplanet asset ready to undergo the testing that will precede full operations. The international nature of exoplanet research is again highlighted as we contrast what CHEOPS will do with the ongoing activities of TESS, NASA’s Transiting Exoplanet Survey Satellite. For CHEOPS is not seeking new planets but following up on earlier discoveries, measuring planet sizes against mass information to derive planetary density.

So we combine mass information from radial velocity observations with transit data to work out density, a well researched combination of our two most productive discovery methods. CHEOPS ups the game with instrumentation mentioned below. It’s a collaborative project, being developed as a Small, or S-class, mission in ESA’s science programme through partnership with Switzerland, and including significant contributions from Austria, Belgium, France, Germany, Hungary, Italy, Portugal, Spain, Sweden, and the United Kingdom. A guest observer program offers 20 percent of the observing time to the astronomical community, with the other 80 percent being reserved for observations determined by the CHEOPS science team. It’s remarkable that the mission took only five years to go from project start to launch.

“CHEOPS will take exoplanet science to a whole new level. After the discovery of thousands of planets, the quest can now turn to characterisation, investigating the physical and chemical properties of many exoplanets and really getting to know what they are made of and how they formed. CHEOPS will also pave the way for our future exoplanet missions, from the international James Webb Telescope to ESA’s very own PLATO and ARIEL satellites, keeping European science at the forefront of exoplanet research.” 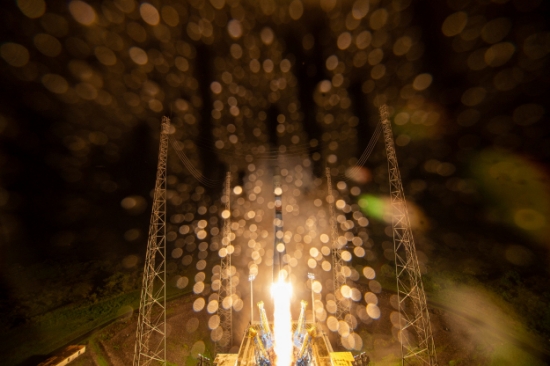 Enough acronyms — we can unwrap PLATO and ARIEL as they once again appear in these pages down the road. What CHEOPS is all about, using transiting exoplanets as its fodder, is probing into the internal structure and composition of these worlds. Gaseous or rocky? Can we make inferences about possible atmospheres or oceans? Several hundred planets are under close investigation, all of them bright stars hosting known exoplanets in the size range between Earth and Neptune. ESA is saying that atmospheric observations including cloud cover may be possible for some, using phase curve methods that analyze reflected light as the planet orbits the host star.

Even moons or rings around some planets may be possible catches. As for new exoplanets, tight studies of the transits of known worlds may reveal by transit timing variations the existence of other worlds in the same system. CHEOPS may also snag a transit of planets previously known only through radial velocity study. We’ll be keeping an eye on CHEOPS and its high precision photometer, a 300 mm effective aperture telescope with CCD detector covering wavelengths between 330 and 1100 nm. Congratulations to the CHEOPS team on a successful launch and best wishes as operations commence in the observatory’s 700 km orbit.