We rightly celebrate exoplanet discoveries from dedicated space missions like TESS (Transiting Exoplanet Survey Satellite), watching the work go from initial concept to first light in space and early results. But let’s not forget the growing usefulness of older data, tapped and analyzed in new ways to reveal hidden gems. Thus recent work out of the Carnegie Institution for Science, where Fabo Feng and Paul Butler have mined the archives of the Ultraviolet and Visual Echelle Spectrograph survey of 33 nearby red dwarf stars, a project operational from 2000 to 2007.

The duo have uncovered five newly discovered exoplanets and eight more candidates, all found orbiting nearby red dwarf stars. Two of these are conceivably in the habitable zone, putting nearby stars GJ180 and GJ229A into position as potential targets for next-generation instruments. Both of these stars host super-Earths (7.5 and 7.9 times the mass of Earth), with orbital periods of 106 and 122 days respectively. Like the other planets unveiled in the discovery paper in The Astrophysical Journal Supplement Series, these worlds were all found using radial velocity methods, uniquely powerful when deployed on low-mass red dwarfs.

Temperate super-Earths are interesting in their own right, but one of these has a particular claim to our attention, as lead author Feng explains:

“Many planets that orbit red dwarfs in the habitable zone are tidally locked, meaning that the period at which they spin around their axes is the same as the period at which they orbit their host star. This is similar to how our Moon is tidally locked to Earth, meaning that we only ever see one side of it from here. As a result, these exoplanets [have] a very cold permanent night on one side and very hot permanent day on the other—not good for habitability. GJ180d is the nearest temperate super-Earth to us that is not tidally locked to its star, which probably boosts its likelihood of being able to host and sustain life.”

But GJ229Ac is also intriguing, a possibly temperate super-Earth in a system where the host star has a brown dwarf companion. That object, GJ229B, was one of the first brown dwarfs to be imaged, making this system an interesting testbed for planet formation models. We also have a Neptune-class planet orbiting GJ433 well out of the habitable zone, far enough from its star that the authors see it as a realistic candidate for future direct imaging. The planet is the coldest Neptune-like world we’ve yet found around another star, and also the nearest to Earth. 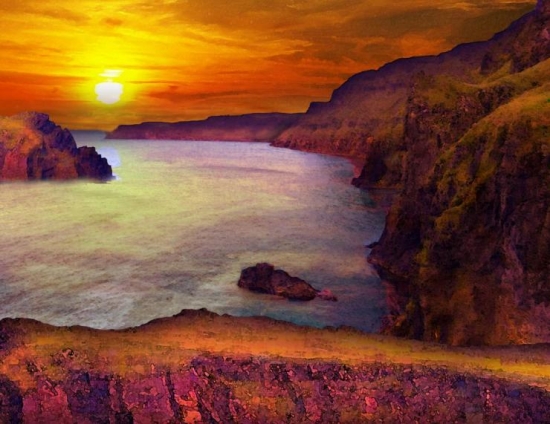 Image: Artist’s concept of GJ229Ac, the nearest temperate super-Earth to us that is in a system in which the host star has a brown dwarf companion. Credit: Robin Dienel, courtesy of the Carnegie Institution for Science.

Efforts like this don’t stop with a single dataset, but rely on multiple follow-ups to increase the fidelity of the data. Thus Feng and Butler used the Planet Finder Spectrograph at Las Campanas (Chile), ESO’s HARPS spectrograph (High Accuracy Radial Velocity Planet Searcher) at La Silla, and HIRES (High Resolution Echelle Spectrometer) at the Keck Observatory in a combination that, in Butler’s words, “increases the number of observations and the time baseline, and minimizes instrumental biases.”

I think Feng and Butler are right to emphasize the utility of the UVES data. From the paper:

The most important observation in a precision velocity data set is the first observation because observers cannot go back in time. For most of the stars in the UVES M Dwarf program, these are the first observations taken with state-of-the-art precision. This data set is all the more remarkable for focusing on some [of] the nearest stars, and the stars most likely to harbor detectable potentially habitable planets. These observations will continue to be important in finding and constraining planets around these stars for decades to come. We do not expect this to be the final word on this remarkable data set. We look forward to future researchers reanalyzing this data set with a superior Doppler reduction package, and producing the surprises that emerge from better measurement precision.

All of which emphasizes how creative we are learning to be with the data that in recent decades have been cascading in quantity, quality and importance. Nice work by the UVES M Dwarf team. As the paper goes on to say: “Starting back in the infancy of precision velocity measurements, they boldly went straight to the heart of the most interesting and challenging problem, finding potentially habitable planets around the nearest stars.” 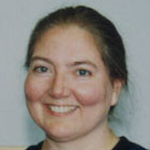 And kudos to Feng and Butler for dedicating their paper to Carnegie astronomer and system manager Sandy Keiser, who died suddenly in 2017 during the analysis of the data from which these results emerged, but not before she produced work critical to this paper.