In a few short months, New Horizons will be almost 8 billion kilometers out, a distance that still boggles the mind until we remember that Voyager 1 has reached 22.2 billion kilometers (over 148 AU). Then, of course, we’re humbled again with the thought that the inner Oort Cloud is thought to be between 2,000 and 5,000 AU from the Sun, with an outer edge that could extend as far as halfway to the nearest star. That star, Proxima Centauri, is 268,770 AU from us.

As New Horizons hunts Kuiper Belt objects for the next flyby, the spacecraft is now being used to perform parallax studies to detect the apparent ‘shift’ in the relative position of nearby stars as compared with what we see on Earth. Earth’s orbit is about 300 million kilometers in diameter, so we see that apparent shift by comparing observations taken half a year apart. That’s a pretty decent baseline, but if we extend the baseline, as now with New Horizons, we can see better parallax effects, and thus tighten the distance measurements we make from them. 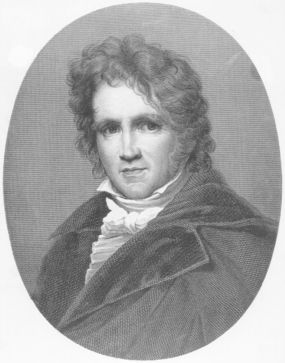 The most celebrated name in parallax studies is German astronomer and mathematician Friedrich Bessel, who in 1838 obtained the first stellar parallax measurements to determine the distance of the star 61 Cygni. Here again it’s humbling to reflect that the distances to the nearest stars are almost half a million times greater than the baseline offered by Earth’s orbit, which makes Bessel’s feat all the more impressive. Bessell worked out a distance of about 10 light years, not all that far off the 11.4 light year distance modern astronomers have estimated for 61 Cygni.

I might mention that Bessell (1784-1846) was also the first astronomer to predict the existence of an unseen companion around another star, announcing from his study of Sirius that deviations in its motion indicated a companion that we now know as the white dwarf Sirius B.

But back to New Horizons. On April 22 and 23, the spacecraft will take images of Proxima Centauri and Wolf 359. These can be used in combination with Earth-based images taken on the same dates to yield what the New Horizons team is calling ‘a record-setting parallax measurement,’ one that will be made in coordination with Earth-based observatories and a public observing campaign. Amateur astronomers with a camera-equipped, 6-inch or larger telescope are invited to participate. Says New Horizons principal investigator Alan Stern:

“These exciting 3D images, which we’ll release in May, will be as if you had eyes as wide as the solar system and could detect the distance of these stars yourself. It’ll be a truly vivid demonstration of the immense distance New Horizons has traveled, and a cool way to take advantage of the spacecraft’s unique vantage point out on the very frontier of our solar system!” 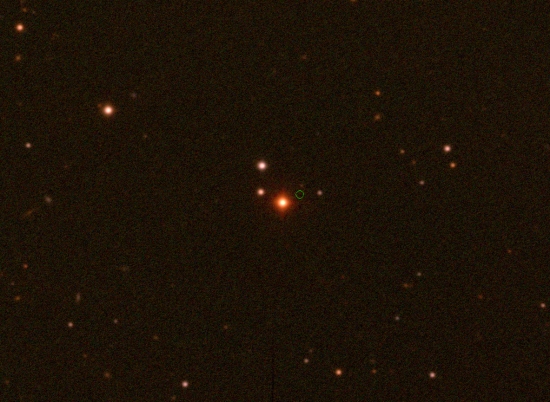 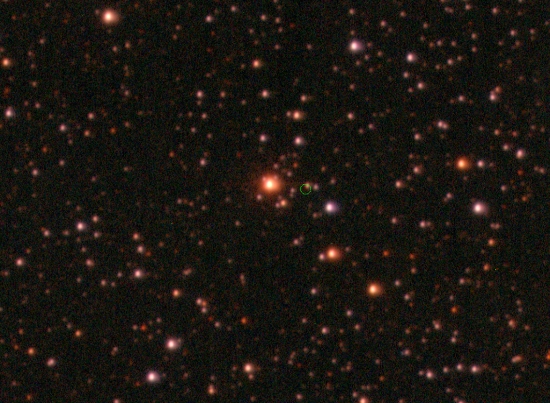 Image: Color images of the Wolf 359 (top) and Proxima Centauri star fields, obtained in late 2019. The large proper motions of both stars (at the center of each image) will cause them to shift by over an arcsecond by April 2020, when NASA’s New Horizons spacecraft, nearly five billion miles (8 billion kilometers) from Earth, will image them. A green circle provides a rough estimate of where both stars will appear in the New Horizons images. Credit: William Keel/University of Alabama/SARA Observatory.

“For all of history, the fixed stars in the night sky have served as navigation markers. As we voyage out of the solar system and into interstellar space, how the nearer stars shift can serve as a new way to navigate. We will see this for the first time with New Horizons.”

More details are available here for those interested in participating in the New Horizons Parallax program. I’m anxious to see the results, and also reminded how limited parallax measurements have historically been when confined to Earth’s orbit around the Sun. New Horizons points the way to a future in which we extend the baseline even further. Imagine a mission like Claudio Maccone’s FOCAL, an observing instrument collecting light at distances greater than 550 AU, where the gravitational lensing effects of the Sun become observable. And who knows, perhaps one day we’ll have a baseline as far as the Alpha Centauri stars to help map the Orion Arm.