Advancing the Search for Technosignatures

What a pleasure to see — after three decades — a grant from NASA for a SETI project, and on technosignatures at that. NASA’s history with SETI has been a challenging one given the subject’s reception in Congress. It was in 1971 that the agency funded Barney Oliver’s study on the huge array called Project Cyclops, whose price-tag would have been astronomical, but the report in which it was described provided numerous insights into the SETI effort. NASA’s engagement with SETI later came under fire from William Proxmire in the Senate, resulting in the termination of SETI funding in 1982. Proxmire would later change his mind on SETI’s value.

Even so, the NASA Microwave Observing Program (MOP) planned as a search of 800 nearby stars in the early 1990’s was again targeted in Congress and canceled shortly thereafter. The SETI effort developed in the ensuing years without government funding through efforts like Project Phoenix, which picked up the Mobile Observing Program under the guidance of Jill Tarter and the SETI Institute. With a number of interesting projects along the way, SETI has remained an ad hoc, privately funded effort in the US, with ongoing work through Breakthrough Listen, the Allen Telescope Array, the Berkeley SETI Research Center (SERENDIP) and others. The SETI League continues an energetic grassroots effort under the guidance of Paul Shuch. It’s interesting to note that in China, SETI is explicitly folded into the FAST radio observatory’s charter.

I haven’t gotten into optical SETI or other SETI projects in the US and abroad, but the point is that a new NASA grant makes a welcome return of NASA’s willingness to look at SETI, and with an eye toward the cutting-edge question of technosignatures as opposed to the reception of radio or optical signals. Here we’re talking about what might be created by advanced cultures, everything from vast Dyson spheres exploiting the host star’s energies to industrial pollution in exoplanet atmospheres, or even city lights. Exoplanet research motivates the current attention, says Adam Frank (University of Rochester), the primary recipient of the grant. Says Frank:

“The Search for Extraterrestrial Intelligence (SETI) has always faced the challenge of figuring out where to look. Which stars do you point your telescope at and look for signals? Now we know where to look. We have thousands of exoplanets including planets in the habitable zone where life can form. The game has changed.” 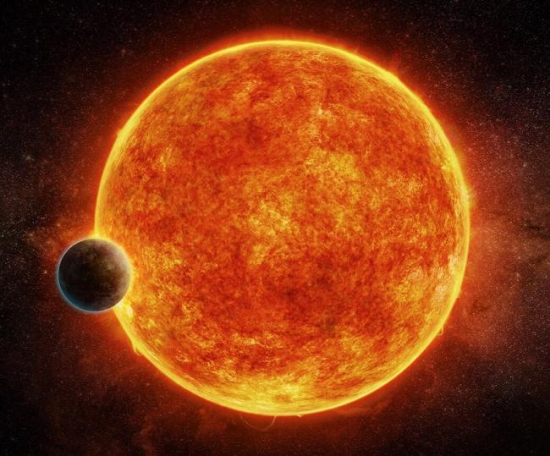 Image: Artist’s impression of the exoplanet LHS 1140b, which orbits its star within the “habitable zone” where liquid water might exist on the surface. The LHS 1140 system is only about 40 light-years from Earth, making it a possible target for studying the atmosphere of the planet if it has one. Credit: M. Weiss/CfA.

“The nearest star to Earth, Proxima Centauri, hosts a habitable planet, Proxima b. The planet is thought to be tidally locked with permanent day and night sides. If a civilization wants to illuminate or warm up the night side, they would place photovoltaic cells on the day side and transfer the electric power gained to the night side.”

What the study probes is how something like this would be detected if present, as a way of developing the mathematical and observational tools that can extend technosignature searches to various nearby stars. We are developing the ground- and space-based observatories with which this work can be conducted, but telescope time is precious, and knowing how and where to look is a critical issue. As we begin to be able to probe the atmospheres of rocky planets, we’ll have the potential for detecting not just biosignatures but evidence of artificially produced molecules that, like chlorofluorocarbons (CFCs), are unlikely to appear naturally.

Along with Harvard’s Loeb, Frank is joined in the effort by Penn State’s Jason Wright, Mansavi Lingam of the Florida Institute of Technology, and Jacob Haqq-Misra of Blue Marble Space. Out of the study, we can hope, will come quantitative information about how the project of technosignature detection can proceed. Let me recommend Frank’s The Light of the Stars (W. W. Norton & Company, 2018), along with Jason Wright’s Astrowright site for continuing insights into technosignatures. Also have a look at Wright’s Glimpsing Heat from Alien Technologies, published in these pages several years ago.