Odds and Ends on the Clouds of Venus

James Gunn may have been the first science fiction author to anticipate the ‘new Venus,’ i.e., the one we later discovered thanks to observations and Soviet landings on the planet that revealed what its surface was really like. His 1955 tale “The Naked Sky” described “unbearable pressures and burning temperatures” when it ran in Startling Stories for the fall of that year. Gunn was guessing, but we soon learned Venus really did live up to that depiction.

I think Larry Niven came up with the best title among SF stories set on the Venus we found in our data. “Becalmed in Hell” is a 1965 tale in Niven’s ‘Known Space’ sequence that deals with clouds of carbon dioxide, hydrochloric and hydrofluoric acids. No more a tropical paradise, this Venus was a serious do-over of Venus as a story environment, and the more we learned about the planet, the worse the scenario got. 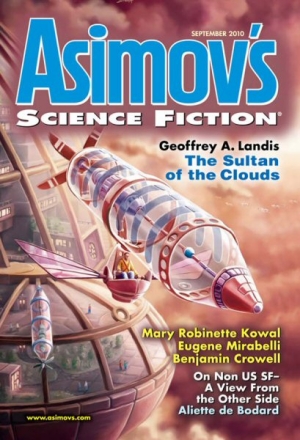 But when it comes to life in the Venusian clouds — human, no less — I always think of Geoffray Landis, not only because of his wonderful novella “The Sultan of the Clouds,” but also because of his earlier work on how the planet might be terraformed, and what might be possible within its atmosphere. For a taste of his ideas on terraforming, a formidable task to say the least, see his “Terraforming Venus: A Challenging Project for Future Colonization,” from the AIAA SPACE 2011 Conference & Exposition, available here. But really, read “The Sultan of the Clouds,” where human cities float atop the maelstrom:

“A hundred and fifty million square kilometers of clouds, a billion cubic kilometers of clouds. In the ocean of clouds the floating cities of Venus are not limited, like terrestrial cities, to two dimensions only, but can float up and down at the whim of the city masters, higher into the bright cold sunlight, downward to the edges of the hot murky depths… The barque sailed over cloud-cathedrals and over cloud-mountains, edges recomplicated with cauliflower fractals. We sailed past lairs filled with cloud-monsters a kilometer tall, with arched necks of cloud stretching forward, threatening and blustering with cloud-teeth, cloud-muscled bodies with clawed feet of flickering lightning.”

Published originally in Asimov’s (September 2010) and reprinted in the Dozois Year’s Best Science Fiction: Twenty-Eighth Annual Collection, the story depicts a vast human presence in aerostats floating at the temperate levels. Landis has explored a variety of Venus exploration technologies including balloons, aircraft and land devices, all of which might eventually be used in building a Venusian infrastructure that would support humans.

We’ve already seen that Carl Sagan had written about possible life in the Venusian atmosphere, and an even more ambitious Paul Burch considered using huge mirrors in space to deflect sunlight, generate power, and cool down the planet. Closer to our time, an internal NASA study called HAVOC, a High Altitude Venus Operational Concept based on balloons, was active, though my understanding is that the project, in the hands of Dale Arney and Chris Jones at NASA Langley, has been abandoned. Maybe the phosphine news will give it impetus for renewal. The Landis aerostats would be far larger, of course, carrying huge populations. I have to wonder what ideas might emerge or be reexamined given the recent developments. 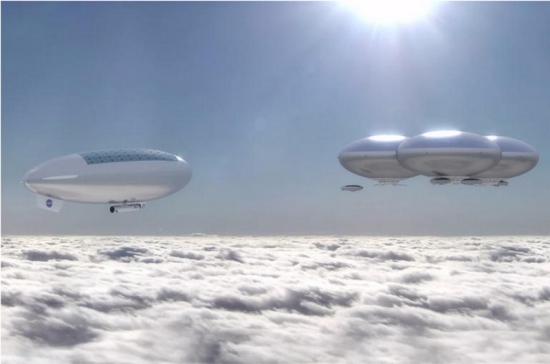 With Venus so suddenly in the news, I see that Breakthrough Initiatives has moved swiftly to fund a research study looking into the possibility of primitive life in the Venusian clouds. The funding goes to Sara Seager (MIT) and a group that includes Janusz Petkowski (MIT), Chris Carr (Georgia Tech), Bethany Ehlmann (Caltech), David Grinspoon (Planetary Science Institute) and Pete Klupar (Breakthrough Initiatives). The group will go to work with the phosphine findings definitely in mind. Pete Worden is executive director of Breakthrough Initiatives:

“The discovery of phosphine is an exciting development. We have what could be a biosignature, and a plausible story about how it got there. The next step is to do the basic science needed to thoroughly investigate the evidence and consider how best to confirm and expand on the possibility of life.”

Phosphine has been detected elsewhere in the Solar System in the atmospheres of Jupiter and Saturn, with formation deep below the cloud tops and later transport to the upper atmosphere by the strong circulation on those worlds. Given the rocky nature of Venus, we’re presumably looking at far different chemistry as we try to sort out what the ALMA and JCMT findings portend, with exotic and hitherto natural processes still possible. On that matter, I’ll quote Hideo Sagawa (Kyoto Sangyo University, Japan), who was a member of the science team led by Jane Greaves that produced the recent paper:

“Although we concluded that known chemical processes cannot produce enough phosphine, there remains the possibility that some hitherto unknown abiotic process exists on Venus. We have a lot of homework to do before reaching an exotic conclusion, including re-observation of Venus to verify the present result itself.” 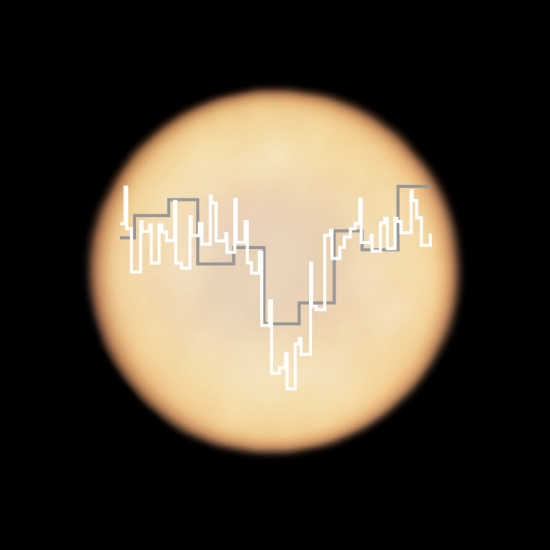 Image: ALMA image of Venus, superimposed with spectra of phosphine observed with ALMA (in white) and JCMT (in grey). As molecules of phosphine float in the high clouds of Venus, they absorb some of the millimeter waves that are produced at lower altitudes. When observing the planet in the millimeter wavelength range, astronomers can pick up this phosphine absorption signature in their data as a dip in the light from the planet. Credit: ALMA (ESO/NAOJ/NRAO), Greaves et al. & JCMT (East Asian Observatory).

I’ll close with the interesting note that the BepiColombo mission, carrying the Mercury Planetary Orbiter (MPO) and Mio (Mercury Magnetospheric Orbiter, MMO), will be using Venus flybys to brake for destination, one on October 15, the other next year on August 10. It has yet to be determined whether the onboard MERTIS (MErcury Radiometer and Thermal Infrared Spectrometer) could detect phosphine at the distance of the first flyby — about 10,000 kilometers — but the second is to close to 550 kilometers, a far more promising prospect. You never know when a spacecraft asset is going to suddenly find a secondary purpose.

Image: A sequence taken by one of the MCAM selfie cameras on board of the European-Japanese Mercury mission BepiColombo as the spacecraft zoomed past the planet during its first and only Earth flyby. Images in the sequence were taken in intervals of a few minutes from 03:03 UTC until 04:15 UTC on 10 April 2020, shortly before the closest approach. The distance to Earth diminished from around 26,700 km to 12,800 km during the time the sequence was captured. In these images, Earth appears in the upper right corner, behind the spacecraft structure and its magnetometer boom, and moves slowly towards the upper left of the image, where the medium-gain antenna is also visible. Credit: ESA/BepiColombo/MTM, CC BY-SA IGO 3.0.

And keep your eye on the possibility of a Venus mission from Rocket Lab, a privately owned aerospace manufacturer and launch service, which could involve a Venus atmospheric entry probe using its Electron rocket and Photon spacecraft platform. According to this lengthy article in Spaceflight Now, Rocket Lab founder Peter Beck has already been talking with MIT’s Sara Seager about the possibility. Launch could be as early as 2023, a prospect we’ll obviously follow with interest.

A final interesting reference re life in the clouds, one I haven’t had time to get to yet, is Limaye et al., “Venus’ Spectral Signatures and the Potential for Life in the Clouds,” Astrobiology Vol. 18, No. 9 (2 September 2018). Full text.

Next post: SETI and Altruism: A Dialogue with Keith Cooper