A Transient at Proxima Centauri?

I see there’s now a Wikipedia page for BLC-1, the intriguing SETI detection made by Breakthrough Listen at the Parkes Observatory in Australia. The dataset in which the signal, found at 982 MHz, turned up comes from observations made in April and May of 2019, and it’s good to know that Breakthrough is working up two papers on the signal and subsequent analysis, given that the public face of the detection was originally in the form of a story leaked to the British newspaper The Guardian before the backup research was available. 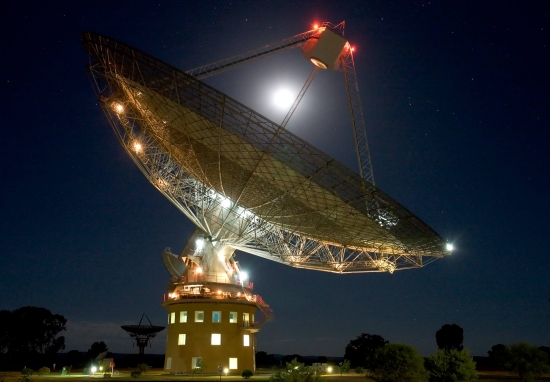 The first thing to say about BLC-1 is that the acronym stands for Breakthrough Listen Candidate 1, marking the first time a signal has made it through to actual ‘candidate’ status after five years of observations, which is itself noteworthy given the intensity of the effort.

The second thing is that this is a transient, meaning it’s short-lived, and it hasn’t repeated. That gets us into tricky territory, for the SETI effort has detected numerous transients over the years, and the lack of repetition has made confirmation of their origin difficult if not impossible. The most famous is the Wow! signal detected at Ohio State in 1977, a signal that continues to inspire research, as we’re about to see in a new paper that considers some of its more unusual aspects. But more on that within a few weeks.

The BLC-1 transient may or may not be from Proxima Centauri, which is the reason for the question mark in the title. I say that because we can’t yet rule out terrestrial interference of some kind. But there are transients and there are transients, and this one does raise the eyebrows. Back in April of last year, Breakthrough was working with the Parkes instrument to study the flare activity at Proxima Centauri, a significant issue as we consider questions of habitability on planets around red dwarf stars because flares can compromise a planetary atmosphere.

The detection of BLC-1 within the Proxima data is credited to Shane Smith, an undergraduate at Hillsdale College (Michigan) working as an intern within the Breakthrough Listen project. Smith’s claim to fame should be air-tight if BLC-1 turns out to be the real deal.

We do know that the signal is narrow in bandwidth and vanished when the instrument looked away from Proxima Centauri. It contains no sign of modulation. The signal also showed some drift in frequency, which would be consistent with a source in motion; i.e., a planet orbiting a star. The intriguing habitable zone planet Proxima b has commanded attention as being an Earth-mass planet around the nearest star, and is often mentioned as a possible target for Breakthrough Starshot probes. But even the matter of drift is unusual, as Lee Billings and Jonathan O’Callaghan point out in an article in which they interviewed Breakthrough’s Sofia Sheikh (Penn State):

…the signal “drifts,” meaning that it appears to be changing very slightly in frequency—an effect that could be due to the motion of our planet, or of a moving extraterrestrial source such as a transmitter on the surface of one of Proxima Centauri’s worlds. But the drift is the reverse of what one would naively expect for a signal originating from a world twirling around our sun’s nearest neighboring star. “We would expect the signal to be going down in frequency like a trombone,” Sheikh says. “What we see instead is like a slide whistle—the frequency goes up.”

We’ve come a long way since November of 1967, when Jocelyn Bell Burnell discovered PSR B1919+21, the first radio pulsar, which was jokingly named LGM-1 (Little Green Men 1) by its discoverers. And why not? The signal seemed tight and remarkably regular.

While SETI has become far more visible since those days, we’ve seen how nature can mimic technology, but we’ve also learned that RFI – radio frequency interference – ranging from nearby transmitters to malfunctioning electronics, can get into the mix. Parkes had its ‘peryton’ bursts not so long ago, but they were traced back to problems with a nearby microwave oven.

A note on Y Combinator Hacker News last night (thanks for the tip, Steven Ward) points out that 982.000 MHz, for example, is also the wavelength of the Intel Stratix 10 FPGA, a field programmable gate array used for prototyping application-specific integrated circuits (ASICs). Several other hardware components listed there are also operating at this wavelength, a fact that Breakthrough’s analysts will doubtless be taking into account as they go through all the options for pinning this detection to terrestrial sources of RFI.

So we come back to the issue of transients and repetition. Thus far Breakthrough has subjected the BLC-1 signal to exhaustive analysis and no RFI has yet been identified. The work continues, valuable in and of itself because if this signal does turn out to be RFI, it will provide a way to fine-tune the existing Breakthrough algorithms to filter out such signals in the future.

And if we can’t find a plausible source of RFI? That would be interesting, to say the least, and we may be left with something like the Wow! signal, an intriguing but non-repeating source. I think we can say this: If it actually turns out that BLC-1 is the signature of an alien civilization, then we’ll be tempted to throw out the Fermi paradox (‘where are they?’), but also re-calibrate all our thinking about civilizations in the galaxy. After all, wouldn’t finding one around the star closest to the Sun imply we’re going to find them in great numbers almost wherever we look?

Maybe not. Who is it who said ‘the thing about aliens is that they’re alien?’ Meanwhile, we keep an eye on Proxima Centauri to see if this thing repeats.

Next post: Stellar Flares as an Aid to Life Detection